Abyssinian Guinea pigs are interesting and adorable pet animals. They are common and have a unique personality that differentiates them from other guinea pig populations.

If you plan to gift this cute cavy to your kids, then this pet animal is perfect for them! But before buying any Abyssinian guinea pig, you will need to understand its origin, appearance and other facts to make the right choice!

This article has covered some details and information about Abyssinian guinea pigs that will help you make the most popular cavy choices. So let’s get started!

The Abyssinian guinea pig has a unique hairstyle that includes six to eight natural rosettes spread all over its body. They are smart and often chosen by pet owners for their abundant energy.

They come in various colors, such as Dalmatian, albino, tortoiseshell and agouti. They have small faces with a long body, with fur about three to four centimeters long.

They are quirkier, bolder, livelier and playful; these qualities make them a great pet!

Where Did the Abyssinian Guinea Pig Come From?

They are in a wide range from the entire Andean mountainous region, such as forest borders, grasslands and rocky uplands.

Farmers in these regions rear guinea pigs as their food source. Apart from this, these little cuties play an essential role in art, sculpture and myth in Andean culture.

If you look at the tail base of the female guinea pig, its genitals look like a Y-shape, while the male guinea pig’s genitalia forms a line with an above it. The bump generally is a reproductive organ of a male guinea pig.

The Abyssinian guinea pigs come in various colors and unique features such as facial marking by their mustache.

Variant colors and a combination of rosettes make them attractive to professional breeders. Following is the list of the range of Abyssinian guinea pig colors.

Abyssinian guinea pigs are curious, loud, and always searching for different adventures. Male guinea pigs like to go outdoors more than females, but sometimes their behavior gets more aggressive than other guinea pigs’ breed.

They are one of the most family-friendly guinea pig breeds. They are quickly involved in the human environment and love to take everyone’s attention. Kids especially seem to be entertained by these little cavies.

They also seem to be more active and playful than other guinea pigs and more enjoyable with their human companions.

Domesticated Abyssinian guinea pigs, just like other wild guinea pigs, are in no danger of extinction. IUCN’s Red List of Threatened Species has listed them as a ‘Least Concern’.

These breeds live on in captivity rather than in the wild extinct. As of 2008, only 42 Moleques do Sul Guinea pigs were left in the wild. This species of guinea pigs are regarded as ‘Critically Endangered’.

Abyssinian guinea pigs require the same care as other guinea pigs, but they often require high maintenance. Your Abby has lots of energy than other breeds; they need a big cage and a lot of playtime.

Abyssinian guinea pigs have longer fur; they need to be brushed twice a week to minimize shedding. It is sometimes difficult for them to deal with hot summer days with a fur coat on; provide them cooling foods such as watermelon, carrots etc.

Since they don’t like baths; make sure you clean it with a baby wipe if they get a little dirt. You will also need to trim your little cavy’s nail every about 6 to 8 weeks.

Moreover, like other guinea breeds, they don’t like being cuddled and held; remember that while giving your Aby to small kids avoid wheels and balls because they are bad for the back of Abyssinian guinea and balls can cause heatstroke.

Abyssinian guinea pigs prefer separate and proper space for food, water and roaming. Make sure to allow your pig to come outside of the cage at least once a day to explore, stretch legs and exercise.

Keeping these little creatures in an aquarium is not good because they don’t get any air circulation inside. Therefore, keep them in a cage of 30 by 36 inches large in size.

Also, Keep your little guinea pigs between the temperature of 60 and 85°F because they are sensitive to heat and cold.

There are many bedding types for Abyssinian guinea pigs, including wood, paper-based, fleece.

Abyssinian guinea pigs are active cavies; they need plenty of room to exercise and plenty of accessories to play with such as crumpled paper, grass chew balls, chew sticks, stuffed tubes with hay and fleece accessories.

The Abyssinian guinea pigs are healthy animals, but they can have some common diseases that you should watch out for. They are more likely to develop diabetes than other guinea pig breeds.

Make sure you keep a watch on their weight and restrict their treats while feeding them. Besides, Abyssinian pigs may easily catch numerous eye problems, including cataracts and microphthalmia.

All guinea pigs need plenty of exercise to stay fit and healthy. They can be active for 20 hours a day, even after sleeping for a few minutes.

Abyssinians are more friendly, curious and playful than any other guinea pigs. Unlike other breeds, they require your time for taming to get used to handling. They are the easiest cavy to train; you will not have difficulty training your Aby piggy.

The maintenance cost of these pigs is around $40-$60 monthly because of their accessories and bedding.

Where Can You Buy an Abyssinian Guinea Pig?

Abyssinian guinea pigs can be found in-store, such as:

How Much Is an Abyssinian Guinea Pig?

The cost of the Abyssinian guinea pigs varies from their color and breeding history. These guinea pigs usually cost between $15 and $75.

Abyssinian guinea breeds are the friendliest breed out of all the breeds of guinea pigs. They are vocal and charming. They love their owner, who makes them good pets, as long as you take care of them and give them good attention.

Abyssinian guinea pigs have no trouble sharing their cages and surroundings with other guinea pigs because they are amiable animals. They like to snuggle and cuddle up with their cage mates in most cases.

You will not need any trouble to raise Abyssinian guinea pigs, but you will have to ensure to keep them away with cats. In addition, they can also breed with other breeds of guinea pigs, but their offerings may have combined results.

Is the Abyssinian guinea pig rare?

No, Abyssinian guinea pig is not rare; it is very common due to their variety of colors and distinctive hairstyle, including natural rosettes.

What breed of a guinea pig is the friendliest?

The Abyssinian guinea pig is the friendliest among other breeds of guinea pigs. They love to play and get attention from children because of being jolly.

They provide infinity hours of entertainment to children. They are easy to keep and maintain because they don’t require too much space.

What is the rarest guinea pig?

The Santa Catarina’s guinea pig Cavia intermedia is the rarest breed of guinea pigs. They are found on Moleques do Sul, a tiny island in the Brazilian state of Santa Catarina.

Abyssinian guinea pigs are not smaller pet animals; they are regarded as one of the largest breeds of guinea pigs.

Their average length is between 8 to 12 inches, and the male guinea pig is typically heavier and longer than the female. They can also live long depending on their general health and care. 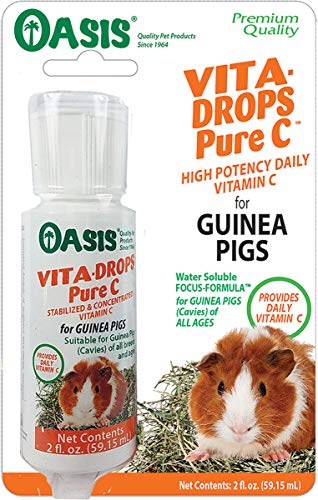 These small cavies are great pets for both adults and children, and they may require little care but not more than a cat or a dog. Your kid can also discover the world of pet ownership!