As a guinea pig owner, you might be wondering about their IQ level, and how intelligent they are. You must also be eager to know how smarter they are compared to other animals.

Many people are confused about whether guinea pigs are smart animals or not and the answer is yes, they are intelligent rodents and can adapt to their surroundings quickly.

The biggest sign of guinea pigs’ intelligence is they are quick learners and need proper training to bring out their intelligence.

We will throw light upon the IQ level of guinea pigs and how to check it. Read this article till the end to know the difference between the IQ of guinea pigs compared to other pets and humans.

How Smart Are Guinea Pigs?

Guinea pigs are one of the smartest animals as they can learn things quickly and have a sharp memory.

They can perform some tricks amazingly and are known to have the capability of identifying their owners, people and even dangerous situations.

They can recognize the voice of their owner and can respond to basic commands. You can teach them to come to you with simple commands like calling their name or tapping on the floor.

Guinea Pigs Have a Sharp Memory

Guinea pigs have such a sharp memory that they remember their way back home which means if your guinea pig has lost somewhere then they would come back using the power of kinesthetic memory.

They do respond when you call them by their name. Try to call your guinea pig when they are hiding or busy playing, you will be surprised to see how quickly they respond by listening to their name.

When you spend time with your guinea pig, they get used to you and can recognize you from your voice and footsteps as well.

They start squeaking and wheeking when you come to feed them and they even start identifying you from your smell and the touch.

Can Learn a Few Tricks Quickly

Guinea pigs learn tricks a lot later compared to cats and dogs. For example, a dog starts learning when they are a few weeks old, but guinea pigs take at least nine to ten months to learn after they are born.

But if you teach guinea pigs a trick, they will remember it for a long time because they have a powerful memory.

Adapt Easily to Changes and Surroundings

Guinea pigs are very social animals and they easily adapt to new changes and surroundings. It takes them at least a day or two to adjust. Keep playing with them and let them settle to acclimate to the new environment.

Just like humans, every guinea pig has a different IQ level. Guinea pigs are excellent learners but they are not smarter than humans. It is very obvious the cavies can not take IQ tests and we can only guess the level of their intelligence.

How to Check Guinea Pig IQ

You can run a few IQ tests to know how smart your piggie is. For instance, put a veggie or fruit under the box and see if they push the box to get the treat.

Another idea is to put some obstacles in their way and let them go through the hurdles to find their toys or favorite food.

Are Guinea Pigs Smarter Than Hamsters?

Are Guinea Pigs Smarter Than Rats?

Rats and hamsters both have the same number of neurons. Some rats have more neurons but still, they do not come close to the intelligence level of guinea pigs.

The cavies can learn things and tricks quicker which makes them smarter than rats.

Are Guinea Pigs Smarter Than Rabbits?

Rabbits have more neurons in their brains than Guinea pigs but the former has short term memory which only lasts for a few minutes. While guinea pigs’ memory lasts longer which makes them win in this department.

But rabbits can learn more complex tricks than guinea pigs which means they are smarter than cavies to some extent.

Are Guinea Pigs Smarter Than Cats?

Are Guinea Pigs Smarter Than Dogs?

No, guinea pigs are not smarter than dogs. It is a fact that the guinea pigs can recognize their owner as dogs but it does not mean that they are more intelligent than them.

Are Guinea Pigs Smarter Than Humans?

No, guinea pigs are not smarter than humans. African grey elephants and a few other animals have more gray matter than humans but still, humans are more intelligent compared to all. 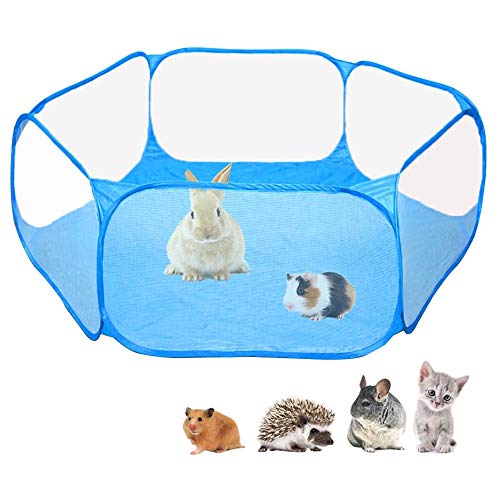 Yes, guinea pigs are good pets as they are outgoing, energetic, jovial, intelligent and easy to care for. If you have children at home then having a guinea pig as a pet is the best option but make sure your little one handles them with care.

If you love pets but the budget is low then go for guinea pigs as they cost less compared to cats and dogs. They are friendly in nature as they have a good temperament and love to interact with people.

Guinea pigs can provide you with a tremendous amount of comfort and entertainment and their long lifespan is another reason to have them as pets.

Do guinea pigs have a high IQ?

Yes, guinea pigs are very smart and have a great intelligent quotient. For instance, they respond to commands and learn things and some tricks quickly.

Do guinea pigs recognize their owners?

Yes, guinea pigs can recognize their owners with their voices or even footsteps. Guinea pigs use their smelling and hearing sense when they realize their owner is somewhere near to them.

What is a guinea pigs IQ?

Are guinea pigs smarter than rats?

Yes, guinea pigs are smarter than rats as they can learn things and tricks quicker. Rats have more neurons but still, they do not compete with guinea pigs. 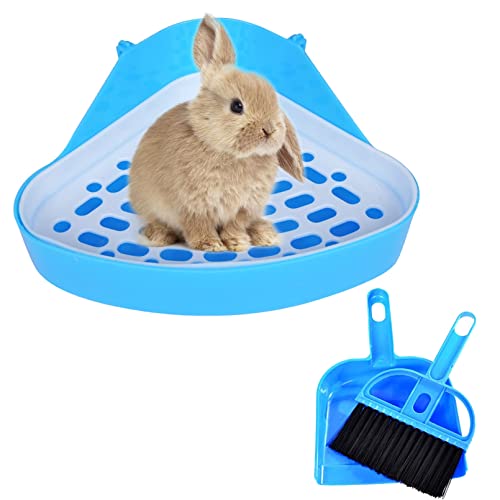 In short, guinea pigs are very intelligent animals and they do not like sitting idle in their cage. Their sharp memory is what makes them unique and you do not need to worry when your piggie is lost as they can come back home using their kinesthetic memory.

Guinea pigs are masters at recognizing their owners and people they are close to. Teach your guinea pigs some tricks and see them entertain you with their antics.

If you are thinking of adopting a guinea pig then we suggest you go further with your decision as having them as a pet is the best thing.