Norway is a fascinating kingdom with a vast number of wildlife and animals. The country is widely recognized in tourism and receives visitations year-round. So, are there snakes in Norway?

Norway is home to several snake species, both poisonous and non-poisonous, that inhabit different parts of the country. Such snakes can cope up with the varying weather condition during the year. Currently, Norwegians can keep snake pets, in their homes or other places of choice for different reasons.

This article will reveal to you all the details you need to know about the snakes in Norway. Dive deep into the review for more information and thank me later.

How Many Species of Snakes in Norway?

To answer the question of are there snakes in Norway, Yes, there are three main species of snakes in Norway. Those are common viper (poisonous), Slettsnok snakes (non-venomous), and Grass snakes – (non poisonous).

Other inferior snakes include: the Green tree python, Carpet python, common kingsnake among others. Some of this snake species have distinct differences, but some quite resemble each other.

Therefore, you need a complete understanding of each to be able to distinguish them. However, the snakes differ in terms of habitats, feeding, color pattern and other significant characteristics. Read through the species below and get to understand the snake existing in Norway.

Huggorm, or common Vipera snakes are quite thick, and the body can measure between 60-80 cm in length depending on the location. The snakes have a large head and nearly flat sides. Huggorm snakes are venomous, and they can bite if you disturb them.

The male’s body may be cream, grey, pale yellow or whitish with a dark zigzag pattern on the dorsal and dark V-shape on the head. Contrary, females are reddish with brown markings, so are juveniles.

Huggorms are meat-eaters, and they always inject venom using the fangs to the prey during hunting. They feed primarily on the shrews, small mammals, lizards, frogs, mice and birds. In case of any disturbance, these snakes can bite you, though it is rare.

The venom, however, cannot kill a person, and this qualifies them to be quite harmless. This snake stays in wetlands, moorlands, woodlands and can also inhabit cold grasslands.

Slettsnok snakes express a brown, reddish ground or brown color pattern and have two vague lines of dark spots on the dorsal, running towards the tail. Also, indistinct dark blotches run on each side of the body.

It has a dark crown-shaped speck on top of the head, and a dark stripe runs from the nostrils through the eyes, along the mouth and nearly approaches the neck. Slettsnok snakes are non-venomous, they can bite a person disturbing, though they are harmless.

These snakes feed on small rodents and lizards, mainly by constricting the prey to suffocation and then swallowing it. The snakes are not aggressive; thus, it is not good to kill them at any time.

A zigzag pattern in Huggorm snakes is what differentiates them from the slettsnok. These snakes prefer moorland and heathland areas. Females incubate the eggs internally and can produce up to 15 juveniles.

Buorm snakes possess a dark green body with a yellow collar close to the neck, giving them an alternate ringed snake name. The bellies portray a whitish color with uneven black blocks.

Buorms are the European grass snakes, and they particularly love watery habitats hence their other name, water snakes. The snake dwells in wetlands such as rivers and lakes, grasslands, gardens, open woodland.

They feed on the amphibians like common frogs and toads, ants, earthworms and larvae. Buorm snakes are non-poisonous, which is harmless snakes, egg layers, and they typically lay their eggs in rotten vegetations which act as natural incubators.

Green tree python snakes are present in Oslo reptilpark through importation. Adult green tree snakes are bright green, with yellow or white scales on the belly. The Juvenile’s body is bright yellow or reddish-orange, and has white spots with dark lines.

The snakes can grow up to 2 meters. These snakes prefer to live on trees, and they feed on rodents, reptiles, etc. Green tree python snakes are non-venomous, but can easily bite a person if they become aggressive though hurting humans is uncommon to them.

Males are generally aggressive during the mating season while females are difficult to approach when protecting their eggs on the tree.

Other Dangerous Animals in Norway

Majority of the wildlife in Norway kingdom are mainly safe, but a few of them are capable of hurting humans or livestock.

There are safety precautions from the wildlife experts to protect domestic animals and people from such dangerous species, especially tourists. Below are the lethal animals that inhabit different parts of Norway.

Polar bears are hazardous animals and can kill humans by cutting their heads with claws during the attack. The bear will always protect its cubs by keeping them away from discomforts. In case they sense any danger, they become very aggressive and will never spare anyone around.

In Norway, polar bears exist in Svalbard Archipelago, a sea ice area and you can find them on land. Polar bears are carnivores, and they obtain much food from the Arctic oceans.

There are approximately 3.500 polar bears in Norway, and about 126,000 species in the world.  For a person to stay safe from bears, it is good to keep a distance when touring, and avoid anything that can upset them.

Sami people in the middle of Norway are famous for keeping reindeers for their meat and fur; however, these animals mostly wander, particularly in some areas in the country.

Reindeers are typically harmless, but during rut season they become very aggressive and can kill even their keepers. Reindeers feed on lichens, grass, herbs and shrubs. There are around 200,000 species of reindeer in Norway.

The animals move from one place to another in the country, during varying periods of summer and winter to look for food. In Norway, reindeers typically live in mountains and forests.

To be safe with reindeers, stay at a disturbance during the breeding season (rut), when the males are wrestling for the female. Also, respect the animals and be friendly to them always.

Norway is home to around 400 species of wolves, some of which, sometimes will cross up to Sweden. Wolves are a threat to the Norwegian livestock, especially the sheep. A couple of years down the line, wolves’ population was extremely high in Norway.

Due to many deaths in sheep, the government gives authority on culling and killing some of the wolves. Indeed, wolves are not a problem to humans, and anyone can observe them comfortably. The wolves live in forests; thus, to keep your animals safe, you need to keep them away from such forests, fence and provide appropriate housing structures.

How to Prepare When Planning to Visit Norway in the Wild?

Norway is a safe country for anyone to visit, wander and camp in any place they wish. It records a significant number of people coming to see the various wildlife and other numerous fascinating sites they can’t afford to miss.

However, due to the presence of some of the dangerous wildlife and animals in Norway, staying safe is necessary.

In case you are planning to visit polar bears, ensure you liaise with a local guide. Majority of these trips make use of boats; it reduces harm by keeping you and the bear at a distance.

A good pair of boots would be a good choice for you before going for a hiking or similar event like that. 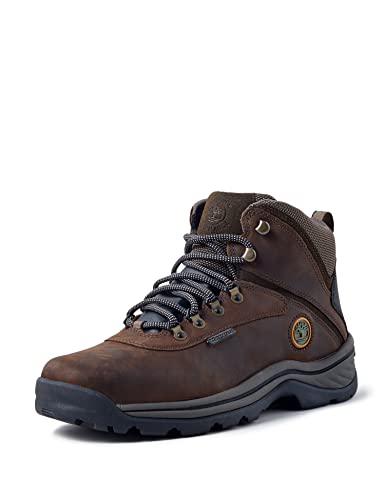 Norway prohibits bringing some animals into the wild, ensure you are aware of such animals and avoid interruptions to your visit. Maybe it is your first time to go to the Norway wilds, and perhaps you need to know the destinations.

Bears are dense in Svalbard, other places to see the wildlife include; Saltfjellet-Svartisen, Øvre Pasvik, Reisa, and Andøya National parks.  They are the significant sites to enjoy watching the wildlife.

Visiting Norway in December will not be a perfect time; the best moments to spot wildlife is between May-August. Some animals like bear roams in the land after a snowfall, and you can encounter them during your visit.

In case of such an experience, cycle or drive safely without startling the animals, ensure you show extreme respect and don’t attempt to approach them.

As I recapitulate, this article shows the snakes that exist in Norway and other animals to be watchful about them.

Huggorm, Buorm, and Slettsnok are the main snake species that you will find in Norway. Huggorm is the only famous poisonous snake to come across in the country. Snakes live well with the Norwegians; they are beneficial to the ecosystem in many aspects.

Now, I hope you are now aware of some of the incredible things about Norway. It is not just a country, but a kingdom with several beautiful scenes and a home to rare world species that will make you appreciate every single visit.