Scratching in guinea pigs is normal, but excessive scratching with irritation and hair pulling indicates something wrong. Is it normal for guinea pigs to scratch themselves is a common question that the owners wonder about.

Dive in to have a look and prevent your guinea pigs from excessive scratching leading to hair loss, bleeding, and severe side effects.

Is It Normal for Guinea Pigs to Scratch Themselves?

Yes, it is normal to scratch themselves after grooming or waking up from a good nap. The guinea pigs might suffer from itching from the hay, bedding, or different creatures around them who have mites or lice.

However, make sure that it’s not normal if they scratch themselves frequently with hair fall.

Guinea pigs are small chubby animals that show certain behavior to express themselves. Guinea pigs scratch themselves, and this scratching is of two types: normal and frequent scratching.

Normal scratching most commonly occurs in guinea pigs when they wake up from a good long sleep or at the time of grooming. Owners Have nothing to worry about.

This type of scratching does not cause pain if there is no infection. And can be identified if the guinea pig has no hair loss, redness on the skin, or even bleeding due to scratching.

Guinea pigs have sensitive skin and tend to care more than other animals. They love itching themselves sometimes or when they contact other animals. Mostly normal itching occurs through their mouth or by their hind legs.

Itching can also occur due to mild allergic reactions or dust, and you can treat it by changing the bedding or the food. The most effective bedding for the guinea pigs is fleece bedding which is soft and very comfortable.

Following are some ways for your little guinea pigs to stop itching themselves:

When scratching the guinea pigs becomes frequent, it is important to consult a vet. Serious scratching occurs through fungal infections, mites, hay mites, lice, dry skin , or severe allergic reactions. It can lead to death and seizure if you do not treat it.

The lice and mites are so small that the naked eye cannot notice them. The vet can diagnose them through a special kind of instrument.

The other reason for severe scratching is a fungal infection, which occurs due to dirty surroundings, so keeping the cage clean can help it. This treatment takes about 5 to 6 weeks.

Abnormal scratching can cause hair loss, bleeding in the scratching areas, redness and can be treated by a special shampoo given by the vet.

Mites are often found under the pigs’ skin, with eggs laid by the mites taking around 10 months to be diagnosed. Lice are different from mites. These are found running on the skin and are sucking and chewing. The sucking lice are more dangerous than the chewing mice.

We have listed down the four common causes that make guinea pigs scratch themselves:

Guinea Pigs Skin or The Air Is Too Dry

Guinea pigs are the type of self-cleaning creatures. They make sure to self-groom themselves. They don’t require a bath too often. You need to shower them twice or thrice a year.

However, they might need a butt bath if they suffer from a dirty bottom, smelly butt, or diarrhea. If you make your guinea pigs bath too often, they might suffer from dry skin leading to infections or colds.

The guinea pigs might scratch from dry skin leading to scratching because of dry air. Try purchasing an air humidifier and make your guinea pigs drink enough water with a proper diet intake.

Allergies To Hay or Bedding

Allergies to hay or bedding is another common cause that can lead to excessive scratching. Make sure to change the bedding of your guinea pig weekly. Improper bedding can lead to severe itching leading to skin infections.

Paper bedding is one of the common beddings used for guinea pigs. It is the safest option as you need to shred paper, trap feces, and absorb urine.

There are other bedding options too in the market made from wood chips. But not all bedding types are effective for guinea pigs leading to itching and sometimes choking if they ingest it.

Apart from paper bedding, choose fleece bedding which is healthier, soft, and cleaner for the pigs. When using fleece bedding, make sure to wash them as they might cause an allergic reaction.

If your guinea pig is suffering from an allergic reaction to hay, you will need to change the bedding. 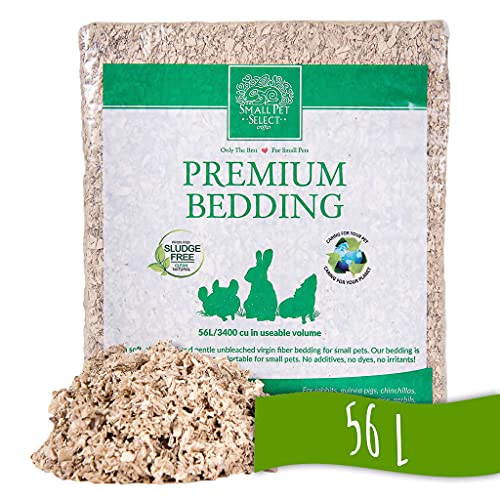 Mange mites are small parasites that commonly lead to itching within guinea pigs. It’s impossible to see the mange mites with the naked eye. Mange mites can cause death in your piggy. It’s easy to treat the mange mites, though.

You need to know about mange mites because they can easily spread from one guinea pig to another. Make sure to treat the infected guinea pig immediately.

Most guinea pigs carry the mange mites without any symptoms or issues. However, mange mites are more common in guinea pigs sold at pet shops due to a large group staying together.

Signs of mange mites in guinea pigs include dandruff, hair loss, and itching, with most in the shoulders and neck.

At times of progression in terms of skin irritation, scratching, and excessive biting might also result in open wounds that can be grossly affected through bacteria, leading to a worsening condition.

In addition, the mange mites might also cause pain due to bacterial infestation on the scratching area.

The treatment for mange mites is mostly Ivermectin prescribed by the vets. It is given orally, topically, or through injection.

Bald patches are there in the head area, and then it spreads all over your guinea pig’s body. Make sure to take your vet’s help as fungal infections can transmit from guinea pigs to guinea pigs and humans.

Guinea pig fungal infections are excessively contagious, so make sure you treat them immediately.

Vets make sure to prescribe baths and anti-fungal medications to treat fungal infections. Apart from the fungal treatment, antibiotics are also prescribed for bacterial infections. 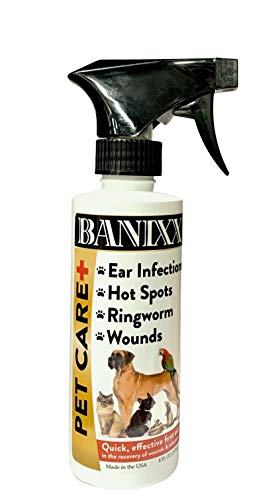 A louse is a type of large parasite which you can easily see with your naked eye. The lice attach easily to the skin, and their activity can cause huge discomfort for the guinea pigs leading to excessive scratching.

Lice infestation can appear on any part of the guinea pig’s body, but the favorite spot is the face as the hair on the guinea pig are short.

Take your guinea pig to the vet and avoid self-medication for appropriate treatment. Apart from the treatment, thoroughly clean his cage and bedding and isolate it from other piggies.

When dealing with the guinea pigs, make sure to wash your hands, change clothes before your handle guinea piggies and prevent transferring eggs of lice from infested guinea pigs to other piggies.

Why is my guinea pig scratching himself?

The most common causes of itching in these species are lice, mange mites, or fungal infections. However, a guinea pig also scratches itself after a long nap or at grooming, which occasionally occurs. But frequent scratching can cause hair loss.

How do I know if my Guinea pig has mites?

Mites are small parasites that cause skin problems in guinea pigs. The frequent scratching of a guinea pig is the first symptom of a mange mites infestation. After that, the skin color changes to yellow and gets thick and crusty.

Can guinea pigs get mites from hay?

Hay mites, also known as static mites, are small infectious parasites with a life span of about 3 weeks and without a host. It can cause seizures, and sometimes extreme infections can lead to death. It lives in the hair of guinea pigs, causing severe itching. Guinea pigs can get parasites attached to their bodies when exposed to grass or hay.

Can guinea pigs get lice from humans?

The answer is no, as lice do not belong to any species; different lice attack different species. Humans get human lice. Guinea pig lice infect guinea pigs. So, it is impossible to transmit lice from humans to guinea pigs.