As a result of owning many pets, there is a wide range of issues and considerations. Hamsters and guinea pigs may be similar to each other, but they are different in a lot of ways.

You likely came to this page because you were curious about whether hamsters and guinea pigs can live together, how they interact, and whether they can coexist peacefully.

After reading this article, you’ll understand why Hamsters and Guinea Pigs don’t get along, as well as many other reasons!

Do Hamsters And Guinea Pigs Get Along?

In a short and simple answer, no. Keeping guinea pigs and hamsters in the same enclosure, even for a short time, is not recommended. Hamsters, in contrast to guinea pigs, are solitary creatures with fierce senses of self-preservation.

Fighting and aggressiveness may happen as a result of this. Keeping their cages apart and in various sections of the house is also recommended because of their individual sleep cycles and needs.

Can Guinea Pigs And Hamsters Live in a Room?

Even if they’re in separate cages, guinea pigs and hamsters should never be kept in the same room. Both pets will be disturbed by the other’s sleep pattern, and their unique qualities will produce a rift.

This means that to preserve both creatures, you must keep them apart from each other. It’s counterproductive to force them to coexist in the same environment; instead, do what’s best for them both, not just what’s convenient.

Can A Hamster And Guinea Pig Play Together?

Hamsters and guinea pigs don’t usually get along, however, they may be able to tolerate each other in unusual situations.

Dashing in a wheel or ball, navigating a maze, and running in and out of tunnels are among the favorite pastimes of hamsters who prefer to spend their time alone.

In the same way, as Guinea Pigs enjoy exploring and cuddling their owners, you might be able to convince Hamsters to do the same. However, you have limited success in getting the two creatures to interact.

Guinea pigs love to play and require the company of other guinea pigs. A hamster, on the other hand, is a poor alternative for a guinea pig’s lively nature.

The two of them don’t have enough in common to be friends. If they don’t get along, they’ll either leave each other alone or fight to the death.

Now, let’s go on to the main content on why Guinea Pigs and Hamsters should not be in the same room. Down below are the five main reasons for this situation:

Hamsters, as previously said, can be aggressive and possessive. They are quick and can easily use their tiny paws to scale walls. It is common for hamsters to be more temperamental than guinea pigs, however, this isn’t always true.

They are also more inclined to nip or bite due to their smaller size and more delicate handling. Compared to other animals, guinea pigs are more outgoing, lively, and affectionate.

Small children can safely play with them thanks to their kind nature and lack of aggression. Because they are herd animals and like the company of others, housing more than one in the same cage rarely poses a difficulty.

Also read: 11 Guinea Pig Behaviors To Help You Understand More About Them 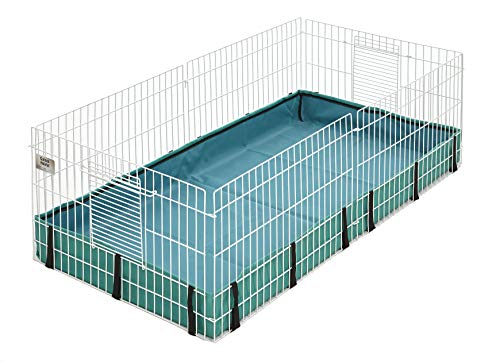 Space Needs of Hamsters and Guinea Pigs are Different

Even though hamsters are much more restless than guinea pigs, their cage does not need to be as significant. However, keep in mind that they must reside indoors.

Guinea pigs, on the other hand, require plenty of areas to play and forage while they can live indoors.

The most notable distinction between hamsters and guinea pigs is their food needs. In general, hamsters are omnivorous and will consume everything they can get their hands on. Guinea pigs, in contrast to hamsters, are herbivorous.

Their cheeks are famous for puffing up, almost doubling the animal’s size, as they store food for later.

Fruits, roots, and many high-fibre kinds of grass are the mainstays of their diet in the wild. Domestic guinea pigs, like hamsters, should be fed a carefully formulated diet.

Hamsters prefer to live alone and be left alone, handling is delicate, as long as it’s not too much, and their recognized owners do it.

If you place more than one hamster in an enclosure, either they will become aggressive and attack each other or go in corners and not interact with one another.

There’s nothing worse than a guinea pig living alone, guinea pigs, on the other hand, are more of the friendly type and prefer herding. Guinea pigs should always be kept in pairs or trios since this is their comfort zone.

But it doesn’t mean that hamsters are easier to take care of or are less expensive. The thing here is, they don’t get along, and they shouldn’t be placed in one cage.

Guinea Pigs Are Active During the Day While Hamsters Are Not

It’s common knowledge that guinea pigs and humans are both diurnal. As the name implies, they are diurnal, spending the day awake and the night asleep.

Even though they like to be awake when everyone else is asleep, hamsters are nocturnal. You will get a grumpy hamster and a painful bite on your finger if you wake them up to play during the day, that’s for sure.

Guinea Pig and Hamster: Which is a Better Pet?

They can both be excellent pets. Their small size and low price make them ideal for many pet owners and families.

Both are cuddly and a lot of fun to watch as they play and go on walks. Even hamsters are active at night, and guinea pigs aren’t, there are a lot of differences between them. You’ll need to think carefully about which pet is right for you.

To figure out how much space you have in your home, you should ask yourself:

●      When do I want to have a pet? Guinea pigs and Hamsters are both good for beginners, but considering the idea that you have a family with little children, you might want to go for guinea pigs first since they are better at being handled and are more playful.

●      Is a night-time pet right for me? If you have more time at night due to work in the morning, then it’s hamsters for you since they are nocturnal compared to diurnal guinea pigs.

With the answers to these questions, some research, and a lot of thought, you can add a pet to your home that your whole family will love for years to come.

There are a lot more to consider, but the bottom line here is you should not place guinea pigs and hamsters together in a cage. You can choose both, but give them the same amount of love and keep them in separate cages. 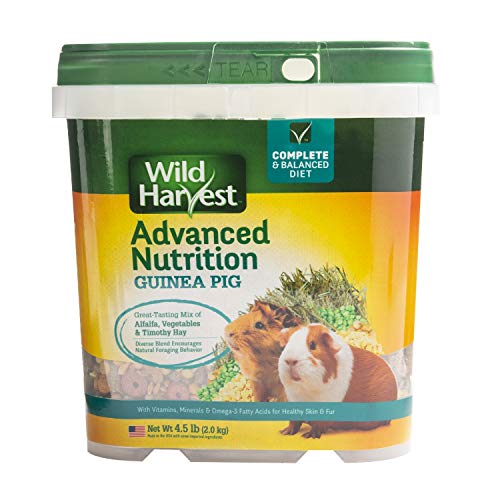 What animals do guinea pigs get along with?

The only animals the Guinea Pigs can get along with are their co-Guinea Pigs themselves.

Can a hamster kill a guinea pig?

Because of the hamster’s aggressive character and its isolation, it can kill a guinea pig.

Can dwarf hamsters and guinea pigs play together?

Nope, Guinea pigs and dwarf hamsters have very distinct demands. Playing together is perilous. Suitable for the piggy, bad for the hamster. Keep them apart.

Even if both make fantastic pets, there are numerous reasons why they should not live and interact with one another, as we have demonstrated in this article.

Forcing a friendship between the two will almost certainly result in disaster. One of them will sustain an injury. If you wish to keep both of your pets, it is best to keep them in separate areas.

If, on the other hand, you want your guinea pig to thrive and not feel lonely in its enclosure, you should consider finding it a companion of the same species.

The same can be said for hamsters, which can spare you from future difficulties and problems!