If you have an interest in keeping guinea pigs, then you have probably heard that in some instances, mother guinea pigs may attack their babies. Perhaps you are wondering how best this challenge can be dealt with.

If you have limited experience in the care of these special pets, this article will allay any fears you have and bring you closer to your dream of owning guinea pigs.

You will get practical, in-depth tips on how to keep both the mother and baby guinea pigs safe and healthy as they increase in number.

With the arrival of new babies, mother guinea pigs may need to impose their dominance in the cage, and this might cause it to aggressively turn on its young.

However, there may also be harmless physical interactions with the pups. Such interactions may include nipping, licking to encourage the babies to poop and urinate, as well as to clean their bottoms.

When two or more guinea pigs live within a defined space, it is common for them to try asserting dominance over each other.

This may apply to mothers who have to deal with the presence of new babies in the cage, as well as between sibling guinea pigs falling between 3-5 months of age.

One common gesture of dominance is nipping, and it is not necessarily an indication of conflict. The guinea pig asserting its dominance may burrow its teeth into the fur of the other with mild pressure, and this rarely breaks the skin.

New pet owners may misjudge nipping for physical aggression, but in most instances, it is a means of establishing a hierarchy within the cage.

For the mother guinea pig, nipping may be both an attempt at expressing dominance as well as a way of getting bugs and dirt from the fur of its babies.

It is important to observe these interactions without rushing to separate them unless the sow threatens to physically harm the pups.

While mother guinea pigs are not overly affectionate with their young, nipping is an important gesture of bonding with them.

She Is Cleaning the Babies’ Bottoms

Mother guinea pigs may express certain actions of motherly care, and one common way of doing this is by cleaning out the bottoms of their babies.

They do this by licking the pups’ bottoms and unless done very aggressively, this is a natural phenomenon which you need not worry about.

Licking the Pups to Encourage “Pooping” and Urinating

Licking the pups all over, especially around the belly and bottom is also critical for the young ones’ metabolism.

Such cleaning is known to encourage the little ones to urinate or defecate, and is important in keeping the pups healthy during the nursing period.

She’s Trying to Wean Her Babies

In a couple of days, the sow may try to start teaching the pups how to look for and eat solid foods. This may entail nudging them to forage for food within the cage, and should not be mistaken for aggression.

Illness or injury, insufficient food and water, a messy cage and loud environment may all contribute to the stress a mother guinea pig feels.

In this state of discontent, it is possible that the sow will not want to interact closely with its children, and may physically attack them. 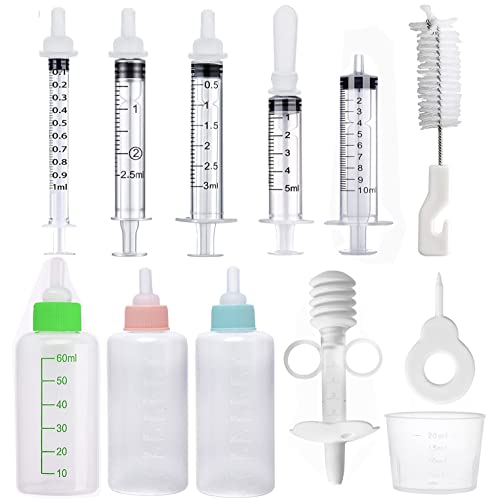 Do Guinea Pigs Eat Their Own Babies?

As horrific as it may sound, the mother guinea pig may actually eat its pup. However, this is uncommon and maybe by accident.

After giving birth, the mother often eats the placenta that is expelled during labour to stimulate its milk production. It is possible for the mother to accidentally ingest its pups in the process.

The mother may also eat its babies if it is excessively hungry and has not been nourished with enough food and water while it is nursing.

Unfortunately though, male guinea pigs are much more likely to eat the pups should they be placed in the same cage. This is especially common if the male suspects that the newborns are not his progeny.

For this reason, it is advisable to put the male in a different cage when the mother is still pregnant, and to keep it away from the pups after they are born.

How Can Babies be Protected?

It is advisable to let the pups bond with the mother as long as she does not physically harm them. Understanding the sow’s maternal instincts and how it cares for its young is important in this regard.

However, when the babies’ furs are plucked off or they are consistently pushed to corners of the cage by the sow, it may be time to separate them.

You may carefully attempt to put the pups back into the mother’s cage after separating them overnight to see if they can get along.

Generally, male pups need to be put in a different cage at three weeks. At this point, they are matured enough to mate and if care is not taken, may impregnate their own mother.

Female guinea pigs may stay with their mums a little longer and at 4 weeks, a new cage would be appropriate for them.

Can Baby Guinea Pigs Survive Without A Mother?

Guinea pigs mature quite fast and in the unfortunate event that their mothers die after birth, they can be raised by hand. The babies are born with fur on their bodies, well-formed teeth, and can often start running around after a few hours.

Even in the event that one pup is rejected by the mother, you can safely hand-feed it for three to four weeks at which point it will likely be able to eat on its own.

It is important to provide calcium in the diet of a newborn baby guinea pig, especially if the sow refuses to breastfeed it. Newborns should be fed with milk every 1 to 1.5 hours.

Generally, a clean cage, proper handling, and the right feeding frequencies are sufficient to keep the pup healthy till it matures and attains more independence. At around 21 days, the pup is considered mature enough to eat and play around on its own. 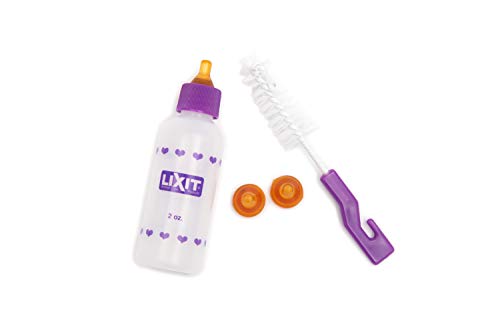 This is not common but is a possibility. Ensure that the cage is kept clean and the mother is given sufficient food and water to prevent any stress that may make it aggressive.

Why do guinea pigs reject their babies?

Contrary to common belief, the mother will not reject its babies because you petted or cuddled them. It is uncommon for the mother to reject its pups. However, male guinea pigs may reject and attack a newborn if it suspects that the baby has a different father.

Why is my female guinea pig suddenly aggressive?

A lot of reasons may explain the sudden aggression. One common cause is limited room in the cage, especially if she has to share a small space with new roommates that she does not like.

Hormonal reasons may also cause aggression, and this is common when the sow is on heat.

Additionally, a dirty cage, insufficient food and water, and a noisy environment may all cause stress and cause aggression. Lack of toys in the cage also causes boredom leading to hostile behaviors.

How do I stop my female guinea pigs from fighting?

This is best handled by understanding the cause of the fights. For instance, small, stressful living spaces can be enhanced by getting appropriately-sized cages and ensuring proper food and water supply as well as keeping them clean.

Distractions in the form of toys throughout their living space have also been known to reduce fighting.

If the fighting continues after this, it may be important to separate them entirely.

It is also important to differentiate between friendly physical contact and acts of aggression when dealing with a mother guinea pig and its babies. It is highly unlikely that a mother will attack or eat its babies if it is not stressed.

Nevertheless, it is important to keep an eye on them over the duration it takes before placing the young ones into new cages.

With appropriate care, guinea pigs can live a fun life and offer the pet owners unlimited satisfaction and company.