Guinea pigs are prone to a wide range of illnesses, pains, and inflammations. It is vital to provide guinea pigs with drugs that are both safe and effective. So, what can I give my guinea pig for pain?

Guinea pig owners are well aware of the dangers of administering medications of other pets to their guinea pigs. They are aware that guinea pigs are not like other animals.

As a result, pet owners seek for and attempt to locate medications that they can administer to their guinea pig when it is in pain.

This article will inform readers on medications that are both effective and safe to provide to guinea pigs. The effect and metabolism of the action of analgesics may vary with the type of species and animals.

So, read the entire article to avoid giving your tiny companion the wrong medicine.

Signs of guinea pig in pain

Guinea pigs are notorious for disguising sickness and pain indications from humans and other animals.

However, the common signs that a guinea pig shows in pain are drooling, shivering, loss of appetite, inability to move, rapid breathing, grinding teeth, lowered eyes, and lethargy.

What can I give my guinea pig for pain?

It is vital to see or consult a veterinarian before administering any medication. NSAIDs are commonly given to guinea pigs suffering from pain, inflammation, and swelling by veterinarians.

However, the treatment may not be the same for old-age guinea pigs suffering from persistent pain such as arthritis.

Depending on the type and nature of pain or problem, there are various options and choices to treat sources of pain such as anticonvulsant medications, opioid medicines, local anesthetics, NSAIDs, and other analgesics.

So, here is a list of medications that can be used to treat guinea pig pain.

Prostaglandins, which cause inflammation and promote blood clotting, are formed by these two enzymes.

As a result, NSAIDs lessen muscle and joint pain, inflammation, and stiffness. The dosage and route of administration depend on the type of NSAIDs you are giving to guinea pigs as carprofen is always given orally 4mg/kg.

Carprofen has no major negative effects, however, it can induce stomach distress and intestinal ulcers.

It is a cyclooxygenase-2 inhibitor (selective nonsteroidal anti-inflammatory drug) that inhibits the enzyme that produces prostaglandins. It’s anti-inflammatory and pain-relieving properties aid in the reduction of minor inflammation and pain.

Depending on the degree of the pain, it can be administered orally or by injection. If your pet requires quick assistance, injection is the best option.

Its typical dose is 0.3 to 0.5 mg/kg, which lasts for 18 to 24 hours and reduces pain. When giving meloxicam to guinea pigs, make sure they have access to water.

Because it improves nephron function and prevents kidney injury. Meloxicam should not be given to guinea pigs that have kidney or bladder problems.

It is a non-selective NSAID that inhibits prostaglandin synthesis by acting on both cyclooxygenase-1 and cyclooxygenase-2. Mild muscle aches, headaches, joint swelling, and arthritis are all treated with aspirin.

For guinea pigs, the usual dose is 50 to 80 mg/kg. It thins and increases the blood flow via vessels. As a result, avoid giving aspirin to guinea pigs before or after surgery.

Because as blood grows thinner, the risk of bleeding from the incision site increases. 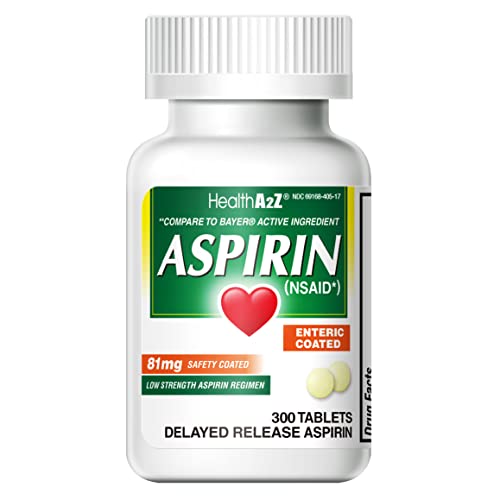 In mammals, it is used to alleviate fever, inflammation, and discomfort. Flunixin meglumine is a post-operative pain reliever used by veterinarians in guinea pigs and other pets.

Flunixin meglumine comes in both oral and injectable forms. It is indicated to ease pain after surgery at a dosage of 1.8 to 5 mg/kg.

Before administering it to your guinea pig, make sure it has good digestive and renal health. Because it swiftly damages the nephron’s unhealthy glomerulus.

This is another non-steroidal anti-inflammatory medicine used to lower prostaglandin levels in the guinea pig’s body. This helps to reduce pain, fever, and inflammation. This medicine is most typically used to treat pain and inflammation in the brain, eyes, nose, and head.

This pain reliever is usually administered in the form of drops. Its dosage is determined by the severity of the ailment, age, and weight of the pet.

It is usually best to administer this medication before your pet goes to bed. Redness in the eyes and dilated pupils are two prominent adverse effects.

It is a non-selective NSAID that inhibits the formation of prostaglandins by blocking both cyclooxygenases-1 and 2. It’s frequently used to treat tooth pain, osteoarthritis, headaches, and other minor aches and pains.

This can also be combined with other anti-inflammatory medications to boost their effectiveness.

It comes in a regular dose of 10mg/kg. A veterinarian uses a formula to calculate the dose based on your guinea pig’s weight.

Giving analgesics to guinea pigs for every ache is not a smart idea because it could be an indication of something worse. It also produces adverse effects, such as bloating and intestinal distress.

These medicines are used to reduce acute, chronic, mild, and moderate pain. Pain receptors in the brain and spinal cord are targeted by opioids.

As a result of blocking receptors, guinea pigs’ bodies are unaware of the pain they are experiencing. Opioids are also utilized as sedatives and local anesthetics.

The dosage depends on the type of opioids such as morphine and oxymorphone are opioids, but their dosage is different.

This is a type of nonsteroidal anti-inflammatory drugs (NSAIDs) that decreases pain and inflammation by inhibiting prostaglandins.

Ketoprofen’s usual dosage is 5mg/kg. It also has an effect on the hypothalamus, which helps to regulate body temperature.

It produces vasodilation in hot temperatures, which increases the contact of vessels with the outer skin. However, it may cause stomach issues, shivering, and occasionally breathing problems.

It’s an opioid that works by acting on the brain’s adrenergic system and pain receptors. Tramadol is a pain reliever that is used to treat mild to moderate pain and inflammation.

Guinea pigs can be given it orally or by injection. Its effects can last anywhere between 6 and 12 hours.

Tramadol is usually given in doses of 5 to 10 milligrams per kilogram of body weight. It is not suggested for guinea pigs that have nervous or heart problems.

Sleepiness, nausea, and difficulty breathing are possible adverse effects because they also act on the neurological system to inactivate pain receptors.

Medicine That Are Absolutely Not Used for Guinea Pigs

Medicines can have a direct beneficial or negative impact on digestive health. The safe and dangerous drugs may differ depending on the type of animal.

According to vets, antibiotics that affect gram-positive bacteria are harmful to guinea pigs and should not be given to them.

In fact, the guinea pig’s digestive tract has a diverse array of microbial flora. Antibiotics and anti-gram-positive medications can kill these helpful bacteria, disrupting the microbial equilibrium.

These medicines include penicillin, tylosin, erythromycin, tetracycline, lincomycin, vancomycin, and other medicines.

Can I give my guinea pig ibuprofen?

Yes, you surely can. Ibuprofen is a pain reliever that can be used to treat dental pain, inflammation, and other minor to severe ailments.

In guinea pigs, however, it is known to cause bloating. Because it promotes intestinal fermentation, which results in the creation of gases.

Can I give my guinea pig acetaminophen?

It is essential to consult a veterinarian before administering any medication. Acetaminophen is a pain reliever and analgesic. It is used to treat pain and inflammation in cats, dogs, and other pets.

Acetaminophen, on the other hand, can harm the liver and kidneys because it is metabolized in the liver and excreted through urine and feces.

How do I know if my guinea pig is in pain?

Pet owners are quick to detect even tiny changes in their companion’s behavior. The signs that are evident of guinea pig’s pain are lethargy, inability to move, lowered eyes, loss of appetite, weight loss, and grinding teeth.

Can you give guinea pigs human medicine?

Yes, you can give some human medicines. You can give your guinea pig an analgesic like paracetamol, which you can dissolve in water and give to them in little doses.

However, because guinea pigs and people are so dissimilar, it is vital to see a veterinarian because human medicines can be deadly. It can be fatal for guinea pigs.

Whenever your guinea pig appears to be in pain or is sick. Consult a veterinarian as soon as possible. Yes, you’ve been given a broad list of medicines that can be administered to a guinea pig.

A doctor, on the other hand, is more knowledgeable about the nature of sickness and pain. So, before administering any of the following medications, visit a veterinarian.