Guinea pigs are affectionate and energetic pets. For new guinea pig owners, seeing their pet shake can be strange and unsettling.

Shaking is a common behavior that guinea pigs exhibit in various situations. Regular pet parents are aware of this behavior, but new owners are often concerned when their guinea pig begins to shake.

As a result, individuals try to relieve problems with homemade remedies without knowing what is causing the shaking.

The reasons for guinea pig shaking will be explained in this post. The article will also explain when and how guinea pigs shake under different situations. So, read the entire post to learn how to handle guinea pigs safely in such situations.

Why Is My Guinea Pig Shaking?

Guinea pigs shake for a variety of reasons and depending on the situation, this might be normal or pathological.

Shaking is natural and expected behavior in guinea pigs when they are excited or when they are given their favorite treats. They also begin to shake after a certain amount of time has passed since they last saw their owner.

Guinea pigs shake in the wild when they see a predator, which could be a bird or a wild cat. As a result, determining why a guinea pig is shaking without first watching or learning about the situation is challenging.

Guinea Pigs Are Cold or Fever

So, they start shaking when their body temperature drops than normal. The hypothalamus is affected by a high fever, causing the guinea pig to shiver uncomfortably.

If your guinea pig house or room is drafty and you can’t move the cage, drape a towel, a small blanket, or a piece of fleece over one end of the cage, where the draft is coming from.

Guinea Pigs Are Scared or Anxious

The guinea pig is either scared or sick. It could just be worried or fear if he shares a cage with another guinea pig and they don’t get along, or if he is being terrorized by another pet, such as a cat.

These feelings are extremely stressful, and they have the potential to cause physical sickness or even death.

When a guinea pig is scared or anxious, his legs will shake continually, and his breathing will rise.

You should try to remove an unpleasant cage mate from his presence or keep a cat or dog from approaching him, but he could be sick, and you can’t afford to wait. So, consult a vet immediately.

Also read: What Does It Mean When a Guinea Pig Vibrates?

The shaking of guinea pigs in joy is unlike any other form of shaking. They run, jump, and shake their entire body organs, such as their legs and heads, in joy.

They don’t just shake the legs, neck, or body muscles; they shake the entire organ. This always happens when the guinea pig’s favorite snacks are brought into the room.

Over-excitement caused by the release of hormones like dopamine and endorphins causes the guinea pigs to shake. The release of oxytocin also increases guinea pig excitement, causing them to shake and vibrate.

Guinea pigs should be petted, massaged, and shown affection by their owners in this situation.

To demonstrate their dominance over their mates, various animals use a variety of behaviors. Some animals fight, while others make loud noises.

Guinea pigs shake and create high pitch sounds to show dominancy over their cage mates. This form of guinea pig shaking is only seen in mature guinea pigs or guinea pigs approaching puberty.

Guinea pigs also shake their heads while eating to demonstrate their dominance. In such cases, you should make pairs of male and female guinea pigs and keep them separate to prevent fighting.

If a bacterial condition, such as an ear infection, is checked out, your guinea pig may have a mite or parasite overgrowth. This can be upsetting.

The guinea pig would scratch feverishly and may shake his head or appear to be having a seizure. Itching is truly driving him insane.

If he appears to have mites, it is a medical issue since his scratching can eventually tear holes in his skin, exposing him to infection.

Other illnesses can be caused by the stress of itching. As a result, consult a veterinarian to analyze the situation and provide medications.

There are many potential causes of shaking in guinea pigs, including neurological disease, recent toxin ingestion, response to pain caused by an injury, and mange.

Neurological disease is a common cause of shaking in guinea pigs. This could cause their body to shake uncontrollably.

Toxins can also be a cause of shaking, as they can cause neurological damage. If your guinea pig has ingested any toxins, it is important to seek veterinary care immediately.

Third, your guinea pig may be shaking in response to pain caused by an injury. Finally, mange is a skin condition that can cause severe itchiness and discomfort, leading to shaking. If your guinea pig is shaking, it is important to take them to the vet so that the underlying cause can be determined and treated appropriately. 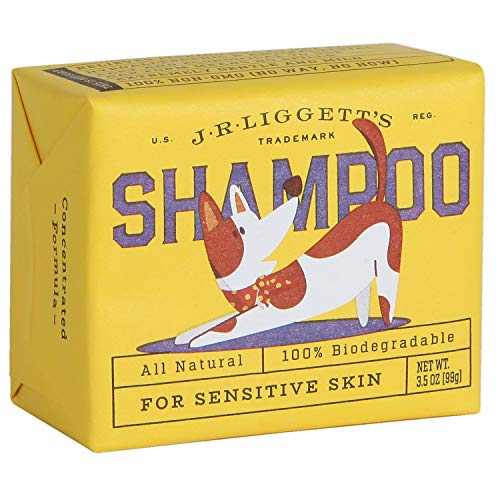 What Should I Do When My Guinea Pig Is Shaking?

The most crucial thing to do is figure out what’s causing the shaking. If you can determine why your pet shaking, you’ve solved 70% of the problem. Because your guinea pigs will feel normal and better once the stimuli that induce shaking are removed.

He is most likely very sick and needs emergency veterinarian care. It’s great if he sees a veterinarian who specializes in exotic animals and has a lot of expertise with guinea pigs.

Because an expert veterinarian can make a speedy and accurate differential diagnosis. This allows you to pinpoint the issue or sickness and strive to resolve it.

If you have a second guinea pig, you should take them both since if it’s contagious, they’ll need medicine. While they’re there, both guinea pigs should be carefully weighed so the vet can call in medicine when the test results come back.

As previously said, guinea pig shaking can be caused by a variety of factors, stimuli, and concerns. Jumping and shaking the head can indicate happiness or an ear infection.

If your guinea pig is excited and jumping around, he or she wants to be petted or needs some of his or her favorite snacks.

When guinea pigs are happy, they shake and purr. When you pet or massage the guinea pig, he or she will purr and shake his or her skin, including the fur. Guinea pigs also make purring sounds as they roll on each other.

Shaking after a bath is a way to shake off water from the skin and fur. The body temperature of guinea pigs drops rapidly after a bath.

Shivering thermogenesis is a mechanism in which they shake to generate mechanical and chemical heat. As a result, the rate of metabolism in muscles is increased, and heat is produced as a byproduct.

Guinea pigs shaking and not moving is a sign of fever or hypoxia. The hypothalamus is a region of the brain that regulates body temperature.

High fever harms the hypothalamus and body functions, resulting in confusion and shaking. If your guinea pig is shaking and making noises, he or she could be suffering from an ear infection.

You can tell if a guinea pig’s shaking is normal or abnormal by looking at the condition and nature of it. Guinea pigs may shake with joy and excitement.

If your guinea pig is shaking a lot and showing indications of disease, you should take it to the clinic straight soon.

Only a veterinarian can provide him with the assistance he most likely requires. Then be very careful to follow all of his recommendations.

If your guinea pig has mites, for example, you must clean his cage periodically. If he has a respiratory illness, you must keep him warm.

If he needs medication, you must give it to him in precisely defined doses. So, the recovery of your beloved pet depends on your care.