Fish species have different methods of protecting themselves from predators. A common defense mechanism used by puffer fish when threatened to scare off predators is to puff up. As a new pufferfish owner, you may be wondering if pufferfish can unpuff themselves.

Puffing can be stressful for pufferfish, but they can unpuff after relaxing. However, this can take a lot of time.

Yes, pufferfish can be unpuffed after they have relaxed. However, it can take a lot of time before they unpuff. This is because they use lots of their energy to puff up and need to gather enough strength to release the water or air from their body.

How Long Does It Take for Pufferfish To Deflate?

Pufferfish usually release the water or air from their stomach as they puff up but at a slower rate. It can take a pufferfish about 5.6 hours to deflate and return to its normal metabolic level.

However, if the stress factor is longer, your pufferfish can become vulnerable and exhausted from puffing up.

You may also need to help your pufferfish if they puff up with air instead of water.

Do Puffer Fish Die After They Puff Up?

No, pufferfish do not die by puffing up, and they usually die due to the extreme levels of stress and the tetrodotoxin poison that they secrete when puffing.

Pufferfish are usually stressed out when puffing as they stretch out their stomach and skin during the process.

Furthermore, they can encounter a problem if they gulp air instead of water when puffing up. It is hard for pufferfish to deflate and may need your help if they gulp air.

How to Deflate a Puffer Fish?

There are two ways that pufferfish can unpuff: to unpuff by themselves or by helping them.

Generally, pufferfish usually deflate rapidly if they puff their body with water. However, a puffer fish that puffs with air usually have a a problem when deflating.

This is because the fish will need to be in a proper orientation to ensure the open valve properly align to release the air bubble.

If this is not possible, then the air will stay in, and your pufferfish will exhaust themselves when getting rid of it. Therefore, you may then need to assist your pufferfish in unpuff.

Let the Puffer Fish Unpuffed Itself

Generally, pufferfish usually puff up when threatened or stressed. You will first need to identify what causes them stress and try to remove the stress before your puffer can unpuff by itself.

Some of the things that can cause stress in pufferfish are:

Once you have determined the cause of stress and removed it, your pufferfish will become calm and unpuff itself. However, you will also need to pay attention to your pufferfish in case they need help deflating. 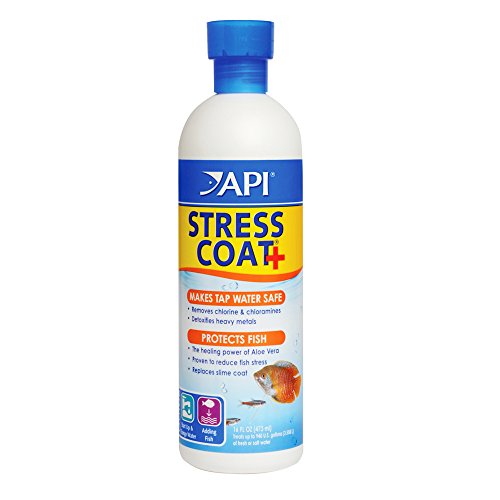 Note: When trying out these methods, your pufferfish needs to be completely submerged in water.

Pufferfish are not designed for air and may even die. Ensure you wash your hands well after handling pufferfish because they may secrete toxins.

What Happens If You Force Pufferfish to Deflate?

Generally, you don’t have to force your pufferfish to deflate, as they will do this after they sense the danger is gone. You will be stressing your pufferfish more if you force them to release water.

This can even kill your puffer if care is not taken.

It is best to gently apply pressure to your fish mouth if your puffer fish puffs when you pick it up. You will see as it releases the water by itself.

How Many Times Can a Puffer Fish Puff Before It Dies?

There is no specific number of times that a pufferfish can puff during its lifetime. However, puffing is usually stressful for pufferfish, and Pufferfish will puff up when stressed or threatened to help them cope with fear.

Therefore, pufferfish can puff as many times as possible they want once they are stressed or threatened.

How To Prevent Puffer Fish Puff Up

Puffing up is usually occurs if pufferfish are threatened or stressed. You can easily prevent your pufferfish from puffing by keeping them comfortable and away from fear.

Some of the ways to prevent pufferfish from puffing up are stated below:

Does puffing up hurt pufferfish?

Yes, puffing up can hurt pufferfish. This is because they usually do this when stressed and they stretch their body more than three times their body size.

Furthermore, they secrete toxins when threatened which can also affect them.

How long can a puffer fish last out of water?

Pufferfish are aquatic creatures and cannot last for long out of water. They will suffocate and die quickly between 3-4 minutes without no gill movement.

Therefore, it is recommended that you avoid taking them out of the water unless there is new water available for transferring them.

How many hours can fish live without oxygen?

Pufferfish usually take in oxygen at lower levels of the aquarium and don’t really need a lot of oxygen. Therefore, they can survive for about two days if there is oxygen depletion in their tank.

This is because your pufferfish will start to swim to the water surface for more oxygen which can stress them out.

This can then be fatal to your pufferfish if you do not address it immediately.

Which Chemical Do Puffer Fish Release?

Pufferfish usually releases a toxin known as tetrodotoxin when threatened or stressed, and this toxin is usually harmful to both animals and even humans when ingested.

Therefore, it is best to take precautionary measures whenever you are touching your pufferfish.

Pufferfish usually unpuff their body the way they puff up, but it is at a slower rate. It can take up to 5.6 hours before your pufferfish can deflate to its typical metabolic level.

Your pufferfish can unpuff on their own after they get comfortable, but you may need to keep an eye on them and help them out when they have problems unpuffing.

Puffing is also stressful to pufferfish, and it is best to prevent them from puffing as much as possible.