Cowfish, also known as boxfish, trunkfish or cofferfish, is a tropical fish with two long horns that make the head of the creature look like that of a cow. The scientific name of cowfish is Ostraciidae. They belong to the fish group Tetraodontiformes.

The most popular species of cowfish is the longhorn cowfish, and many enthusiasts of exotic creatures wonder if this fish is suitable for aquariums.

If you are willing to learn about cowfish, this post is for you. Hopefully here you will find answers to all your nagging questions about this wonderful creature.

Is a Cow Fish a Puffer Fish?

With that said, Tetraodontidae and Ostraciidae are two fish families that are related because they belong to the same order Tetraodontiformes.

The longhorn cowfish, which is the most well-known species of cowfish, grows up to 40cm and feeds on polychaete worms, sponges, small crustaceans, mollusks, and small fishes. This diet is common to most species of puffers.

Apart from the most characteristic feature—two long horns—the cowfish resembles the puffer fish to some extent.

Cowfish vs PufferFish vs BoxFish

As we have already stated, cowfish belong to the family Ostraciidi. This family has around 25 known species, and one of which is the longhorn cowfish—known for its cowlike appearance.

Puffer fish: Puffer fish are characterized by their large round bodies, and their capabilities for puffing up when threatened.

They don’t have scales or gill covers, and therefore are highly susceptible to diseases caused by high levels of ammonia and nitrate.

Boxfish: Boxfish are actually a type of cowfish characterized by an enclosed body and fins sticking out. Just like puffer fish, some species of boxfish release a toxic substance when stressed.

This toxic substance is strong enough to kill all other creatures in the aquarium.

Can Cowfish Be Kept As Pets?

The answer is yes and no! If you are a beginner marine fish enthusiast, a cowfish may not be a good option for you.

This is in part because the fish has a nasty secret: it  releases a highly toxic substance when startled or threatened. This deadly substance is potent enough to kill every creature in the aquarium.

While scientists think cowfish should not be kept as pets, many people are showing interest in just doing that. There are comprehensive care guides to help people who want to keep cowfish as pets.

Cowfish: Everything You Should You Know

The longhorn cowfish, found in the Indo-pacific region, is a saltwater species recognized by its boxlike shape, yellow coloring, and protruding horns.

The fish grow up to 40cm in their natural habitat. They are rapidly becoming popular as aquarium fish, but taking care of them requires some level of commitment.

The scientific name of the fish is lactoria cornuta and it belongs to the family ostraciidae. The fish is also known as horned boxfish, yellow boxfish, polka dot cowfish, and trunkfish.
Cowfish are omnivores but prefer small meaty foods. They are peaceful in nature but when stressed or threatened, they become offensive, releasing a deadly toxin.

The longhorn cowfish is a box-shaped fish with two long horns that make the fish resemble a cow or bull. Cowfishes are available in a variety of colors such as yellow, green, and light orange.

Just behind the horns there are two large eyes. A cowfish does not have a gill cover, and this characteristic separates it from other species of fish.

They are most commonly found in the Red Sea, East Africa, southern and northern Japan, and Indonesia. Some species are found in the Atlantic off southern Africa.

The primary habitat of cowfish is coral reefs in shallow bodies of water, particularly lagoons. They are also found in estuaries, reef flats, protected seaward reefs, and bays.

In captivity,  Cowfish live in brackish waters. That means, for cowfish, the salinity level of the water should be higher than that of freshwater but lower than that of seawater.

The longhorn cowfish grow up to 16 inches. For a cowfish the minimum tank size should be 100 gallons. Put plenty of natural algae, rocks, and a sandy substrate in the tank.

The ideal water temperature for a cowfish tank is 22 – 25.5℃. The fish naturally live in less turbid waters, so it’s not a good idea to use a device for water movement. When it comes to light, there are no special requirements. Just avoid bright lights. 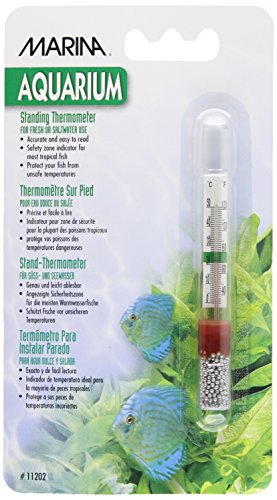 In captivity, the recommended diet is marine algae, chopped meaty foods, flakes, pellets, small fish, and vegetable-based foods. While it is relatively easy to feed cowfish, they have more nutrition requirements than most other fish.

Adult cowfish are mostly solitary and territorial. In captivity, the fish behaves in a friendly manner, and may even eat out of your hand. However, when it comes to choosing tank mates for your cowfish, it’s important to be careful.

If the correct tank mates are not chosen, your cowfish may become hostile. Some good tank mates for cowfish include batfish, large/dwarf angels, clown fish, basslets, blennies, hogfish, dartfish, and tangs.

In the wild, when threatened, cowfish defend themselves by releasing a toxin called Pahutoxin. Their horns also serve as a defense mechanism. The horns prevent predators from swallowing the cowfish.

Cowfish also have a toxin called Palytoxin. However, they do not release this toxin into the water. Humans are not affected by this poison unless they eat uncooked cowfish.

Longhorn cowfish reach sexual maturity when they are around 18 months old. They are territorial and solitary, but during the mating season, the male cowfish makes a harem with multiple females in the territory. They mate only after sunset.

The breeding season of the longhorn cowfish is the spring, when the ocean temperature rises. A female cowfish usually lays two eggs at a time.

Spawning takes place from February to October, and lasts 2-3 days. The eggs hatch and the fries gradually develop into small cowfish.

Due to their potential toxicity and fragile nature, cowfish may not be easy to care for. Unless you are an experienced aquarist, consider skipping cowfish and keeping something else as a pet.
With that said, keeping a cowfish as a pet gets a lot easier if you are careful about the tankmates you choose for the fish.

The safest option is to keep no tank mates at all. In such a case, the tank will be peaceful and the cowfish will be a lot less likely to feel stressed or threatened.

Cowfish are not highly susceptible to deadly diseases. They are prone to a viral disease called lymphocystis characterized by white prick growths on the gills, mouth, fins, and skin.

Sometimes the condition is misdiagnosed as ich. As lymphocystis develops, the lumps get larger, resembling cauliflowers.

There are bacterial treatments that work. Besides that, it’s important to ensure a stress-free environment for the fish.

How Much Does a Cowfish Cost?

A longhorn cowfish will cost anywhere between $50 and $200. The price mainly depends on the size of the fish.

The price also depends on your geographical location. To buy cowfish, you can visit your local aquarium pet shop. You can also buy them online.

Are cowfish hard to take care of?

If you are a beginner marine fish keeper, cowfish may not be a good option for you. However, there are now comprehensive care guides that make things easier.

The most important thing is to get a large aquarium because cowfish get stressed when put in a small enclosure.

Are cowfish poisonous to humans?

While cowfish release a deadly toxin for self defense, humans are not in any danger. Unless humans eat uncooked cowfish, these fish are safe for humans.

Is a cowfish reef safe?

In general, cowfish are not reef safe because they tend to nibble at corals. However, that’s not the case with all cowfish. Some just hover over corals.

What size tank do cowfish need?

Cowfish need larger tanks than other fish do. For a longhorn cowfish, a 100-gallon tank is the minimum requirement. A large space is needed for the easy movement of the fish.

What do cowfish eat?

In captivity, a diet of marine algae and meaty foods is recommended.

What fish are compatible with cowfish?

How long do longhorn cowfish live?

In the wild, a longhorn cowfish typically lives around 8 years. In captivity, the fish can live anywhere between 2 and 8 years. Some, however, may live up to 10 years.

How big can a cowfish get?

A longhorn cowfish can get up to 20 inches long.

Where do longhorn cowfish live?

The longhorn cowfish in several geographical locations: from Southern Japan to New Caledonia, coasts of the Indo-Pacific, and from French Polynesia to the Indian Ocean.

Cowfish are known by their colloquial name, and many aquarium enthusiasts confuse them with puffer fish. While they are not really puffer fish, they are cousins to puffer fish.

But when it comes to keeping the fish as a pet, the puffer fish is definitely a better option than a cowfish—regardless of your level of experience as an aquarist.

These are the things you need to know about cowfish. If you don’t have much experience as an aquarist but are really interested in keeping a cowfish as a pet, go ahead and get one.

Find a reliable care guide and make sure you are serious about the overall well-being of your little friend.