Common snapping turtles and alligator snapping turtles have many similar features, and many people mistake them for each other. They are popularly known for their ability to inflict damage with their snapping jaws. However, there are some features that you can use to differentiate them from each other.

The common snapping turtle looks like a regular turtle but is huge. Adult common snappers have rounded and smooth shells with long and spiky tails. They also have a round head with their eyes facing forward.

On the other hand, the alligator snapping turtle looks more like a prehistoric animal. They have three raised spiky ridges that run from their head to their tail which looks like an alligator, hence their name. They also have tougher skin with more wrinkles and bumps.

They also have a bright red, fleshy tongue lure which they use for attracting their prey.

The male alligator snapper can weigh up to 220 pounds, while the female weighs around 62 pounds on average.

They are commonly found in habitats with slow-moving water, dense aquatic vegetation, and muddy bottoms.

Alligator snapping turtles originate from the Southeastern United States, and you will find them in places like central Illinois, eastern Texas, northern Florida, and Georgia. They are freshwater species and are usually found in the deepest water in their habitat.

They also prefer a habitat with muddy bottoms where they can hide.

Common snapping turtles have a fast growth rate. At around two years of age, an average snapper usually has a shell length of around 5-6inches. The growth then slows down, and your snapper will grow to around 12-14 inches in 15-20 years.

Some turtles can also be hurt or killed accidentally, such as if a turtle gets injured by a boat propeller or a female turtle gets hit by a car when looking for a place to build the nest.

Video of river otter attacking an adult common snapping turtle in the wild.

Both common snapping turtles and alligator snapping turtles spend most of their life in the water and only come out to bask. However, female turtles usually go to the land to dig their nest and lay eggs close to small streams.

Snapping turtles can stay underwater for about an hour and will only resurface for air. During the day, they usually hunt for food by lying motionless on the swamp floor or in muddy water. They will then open their mouths and wait for fish, frogs, or other small animals to ambush them.

However, they are more active at night and will forage for prey, carcasses, or anything they can eat.

Generally, snapping turtles are calm in the water but can be aggressive when on land. They are aggressive on land because they are usually insecure and feel predators can approach them.

However, both common snappers and alligator snappers have several defense mechanisms against prey. They have a hard shell and have ferocious bites to help protect them from attack by prey. They also produce a foul-smelling chemical under their shell when they want to be left alone.

On land, the running speed of snapping turtles is about 2.4 mph. They usually move at a lesser speed on land due to their huge size. However, snapping turtles can swim faster in water than when running or walking on land.

The average swimming rate for snapping turtles is usually between 10-12 mph. They can swim fast because they have webbed shaped feet. They use their front legs for thrusting and moving forward while their rear leg is used as the steering.

Snapping turtles have a healthy appetite and are not picky eaters. They feed on aquatic plants, fish, aquatic insects, snakes, amphibians, small fish, small mammals, and even other turtles in the wild. They are both ambush predators as they blend in with the muds and plants while waiting for their potential prey.

Common snapping turtles, especially young turtles, usually display active hunting behavior. Furthermore, common snappers can be regarded as opportunistic omnivorous animals. This is because they can also feed on aquatic vegetation and roots.

On the other hand, alligator snapping turtles are more of a sit-and-wait predator. They can easily catch fish due to their unique adaptation and are entirely carnivorous. It is rare to find alligators snapping turtles feeding on plants.

In the wild, common snapping turtles can hibernate in the northern part of their range during the harsh winters. When hibernating, they bury themselves in the muddy bottom of a lake and stay buried for six months. During this period, they usually breathe only through membranous gas exchanges.

However, not all common snapping turtles hibernate as they can tolerate high cold weather and stay active under ice sheets.

On the other hand, alligator snapping turtles originate from the warmer southern parts and don’t need to hibernate for long. They are usually active all year round in the wild and will even try to escape from colder parts during winter.

On the other hand, alligator snapping turtles will reach sexual maturity at about 12 years of age. They usually mate every year during the spring period.

In the wild, mating is usually initiated with visual cues as the turtle will face each other and show different leg movements to show their intent. However, this is not common in turtles kept as a pet. During mating, the male will mount the female while holding her shell with its four feet.

After mating, female snapping turtles will leave the water to find a place to nest. They usually dig their nest far from the water to help protect the eggs from flooding. After making the nest, she will then lay her eggs which can contain more than 80 eggs.

The female turtle will then cover the nest and return to the water. The eggs will start to hatch after 80-90 days. After hatching, the tiny turtles will then head towards the nearest water and are quite vulnerable to many predators during this period.

Female turtles do not take care of their young ones, and they only eat whatever they can catch to help them survive.

After hatching, the turtles will also head towards the nearest water.

Both snapping turtles spend most of their lifetime in the water, and they only come on land to lay eggs during the breeding season. Everything you will need to take care of your snapping turtles is stated below.

Both species usually grow large, and you will need to provide a large pool to help keep them happy and healthy.

You can use a glass terrarium, plastic fish ponds, large plastic tubs, and small children’s pools to house your snapping turtle. You also need to ensure that their enclosure should be secured with a sturdy wire to help prevent their escape.

It is also important that the water is treated and chlorine-free for the optimum health of your turtle.

Although both species prefer to be in the water, they can come out to bask occasionally.

In captivity, they need a specific temperature range to stay healthy. The temperature in their enclosure should be between 78-80F for hatchlings and 75-78F for adults. You can use an underwater heater to achieve this temperature and add PVC tubes around the heater to help prevent burns.

On the other hand, alligator snapper turtles can be kept at an enclosure with a water temperature between 70-74F. The air temperature in their enclosure should also be over 65F, as anything below your snappers may not eat. 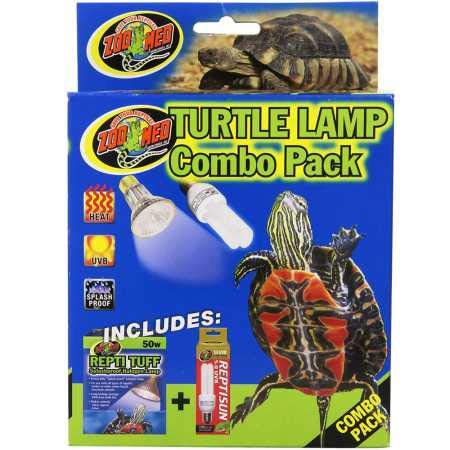 It is recommended that you keep their temperature constant all year round to help prevent hibernation. If you keep your alligator snappers indoors, you will need to provide UVB light to synthesize vitamin D3.

Suitability: Best For Whom?

Ability To Keep In Groups

Both turtle species are solitary, and they prefer to live alone. In the wild, you can find many snappers in the same area, but they do not interact with each other. The males are usually aggressive towards other males.

The number of species you can find in an area depends on the food available. However, you can find male and female snappers together during the breeding season.

No, snapping turtles are usually territorial, and it is best to house them alone. They prefer to have as few competitors for food and resources as possible. Furthermore, they are large-sized reptiles, and you will need to have a big space available before you can try to keep them together.

Common snapping turtles and alligator snapping turtles are fascinating reptiles. They are more suitable as a pet for experienced hobbyists because they require special care and can be aggressive. Furthermore, they can live for more than 30-40 years under optimal care.

Although both species belong to the same family, they have several differences. We hope this article helps to give you an insight into the similarities and differences between the common turtle and alligator snapping turtle.