The majority of the pufferfish contain tetrodotoxin, a substance that makes them poisonous. Are pufferfish poisonous when dead is a common question among many people.

Tetrodotoxin has no adverse effects on pufferfish, but it is dangerous to humans. This substance is 1,200 times more toxic than cyanide and can cause the most harm to people upon contacting it.

Read through our article to know if pufferfish are poisonous even after dying and if it’s possible to remove the poison.

Are Puffer Fish Poisonous When Dead?

Yes, dead pufferfish are poisonous. The truth is, if it’s a poisonous pufferfish, it remains to be poisonous even when dead unless you clear the poison from its body.

Pufferfish are poisonous because of the presence of tetrodotoxin, which is in their liver, sex organs, and skin. One poisonous pufferfish can produce this potent toxin enough to kill a couple of people.

Pufferfish poisoning cases are multitudinous and pose a grave threat to public health. People get this poison from eating pufferfish meat, and you can be sure it’s dead by then.

Dogs are also vulnerable to pufferfish poisoning. Many dogs meandering on the beach ate dead pufferfish, which cost their life.

Why Are There Dead Puffer Fish on The Beach?

The presence of dead pufferfish on the beach comes about because of many reasons. For example, the big sea and strong winds can frighten puffers, causing them to puff up with air or water, and the puffer balloons are drifted ashore.

In the process, they can get stuck there until they die. Pufferfish take in water and puff up when threatened to defend themselves.

Moreover, pufferfish are likely to find themselves on the beach during courtship, especially when the inflated amorous males are washed ashore.

Fishers may also discard poisonous pufferfish from their net during fishing and leave them behind on the beach.

How Poisonous is Puffer Fish Even When Dead?

These fishes are extremely toxic for people to eat. The toxin affects a person’s central nervous system (CNS) and can expose them to chronic illnesses.

The most significant pufferfish poisoning signs are mouth and lips tingling. It also causes dizziness, off-balance, muscle weakness, tingling of extremities, and trouble speaking. The toxin can also cause paralysis and death.

Furthermore, people can also get the toxin by touching a dead poisonous pufferfish with their bare hands or without extremely thick gloves. More badly, the pufferfish poisoning antidote is unknown.

It needs proper preparation of pufferfish to remove organs with the toxin; otherwise, the whole meat will become contaminated. Cooking, freezing, or drying will not destroy tetrodotoxin.

What Happens If You Touch Dead Puffer Fish?

Touching or stepping on a poisonous pufferfish can be as dangerous as eating them. If you contact pufferfish directly, the impact can be deadly. Don’t be reluctant to see what will happen next but seek immediate medical attention.

People are killed by pufferfish poison and a lot more become seriously ill. Pufferfish liver, intestines, placement, and skin that contain the toxin remain toxic whether the puffer is alive or dead.

Sad to say, there is a report of some fish keeper who suffered from tetrodotoxin after coming into direct contact with organ fluids from a dead pufferfish.

His symptoms included headache, dizziness, numbness, loss of sensation (paresthesias), and loss of movement of the limbs (paresis). The lack of an antidote for pufferfish poison is worrisome.

Woefully, the toxin will only take anywhere from 20-minutes to 8-hours to kill a person. But there is nothing big deal if you accidentally step on a puffer with a pair of rubber sandals.

Relax and only assume that you stepped on a pufferfish with considerably short spines with sandals and no injuries.

However, if you have a dead puffer fish in your tank. You need to use a net to get it out of the tank immediately. You can then wrap them with a towel and bury them in the back garden. 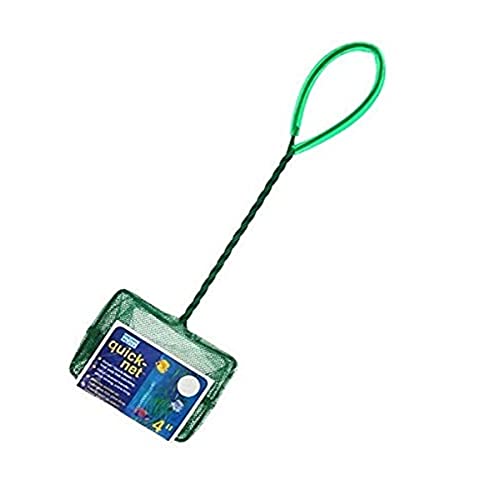 Yes, dried pufferfish are still poisonous. Cooking, freezing, or drying does not deactivate tetrodotoxin. The poison is heat stable as well as water-soluble.

Not eating pufferfish is better, but ensure that the chef knows exactly how to clean and prepare pufferfish if you choose to eat them.

It is also imperative to confirm that the pufferfish comes from a very reliable and credible source. We recommend that you avoid touching pufferfish at all, but if you need to, ensure you have a pair of thick gloves.

Are pufferfish poisonous to touch when dead?

Yes. Dead pufferfish are poisonous because they contain the same tetrodotoxin they had when alive. Death does not make the poison go away from the fish carcass.

Are dead pufferfish poisonous to dogs?

Yes, baby pufferfish also have this deadly poison. It gives them a foul taste unpleasant to predators. Most fish will spit a baby puffer out instantly because of the toxin.

Do pufferfish poison themselves?

Which pufferfish are not poisonous?

Some pufferfish species, such as Takifugu oblongus and northern puffers, are not poisonous. Also important to note is that toxin level widely varies among the poisonous pufferfish.

Pufferfish are more poisonous to humans than any other animal. People get toxins from these creatures when they touch or eat them, and it is a ruthless killers.

If you spot one washed-up pufferfish on the beach, you should avoid the temptation to touch the bony spines sticking out.

The antidote for pufferfish poisoning is unknown, and many people succumb to it. Dogs are also at risk of puffer poisoning when they consume pufferfish.

It would be best if you also keep your dog pet away from eating any pufferfish washed up on the beach. Pufferfish are not safe to eat unless obtained from very reliable and credible sellers.