Pufferfish are defensive fish that utilize a variety of strategies to ward off predators. Toxins produced by them are lethal to both marine animals and humans. Their bodies are covered with spikes, and their stomachs are elastic. So, are Puffer Fish poisonous to touch?

People must be aware of the traits and characteristics of pufferfish. Pufferfish, unlike most other fish, produce poison. As a result, if eaten or handled with the hands, they can be lethal. You should be aware of pufferfish toxicity and behavior.

The purpose of this article is to inform readers about the dangers of touching and handling pufferfish. The nature of poisons and the processes involved in toxin formation will also be discussed in the article. As a result, read the article all the way to the end to prevent and treat pufferfish poisoning.

Are Puffer Fish Poisonous to Touch?

Yes, pufferfish are poisonous to touch. They contain toxins that are dispersed throughout the pufferfish’s body.

On some islands, though, tourists can get stuffed porcupinefish. Toxins are concentrated in their internal organs, particularly the liver. The concentrated organ is then discarded. However, experts and veterinarians advise against touching the pufferfish. When handling pufferfish, it is critical to use thick, firm gloves.

Tetrodotoxins are toxins found in pufferfish that are fatal to humans. The toxin is produced in the liver, gut, gonads, and skin. If you touch a pufferfish, the spikes on their skin can inject a toxin into your skin.

How Poisonous Is a Pufferfish?

Toxins found in pufferfish include neurotoxin and tetrodotoxin. Tetrodotoxin is a very toxic substance that is 1200 times more potent and lethal than cyanide. Tetrodotoxin produced by a single pufferfish can kill up to 30 adults.

Tetrodotoxin can disrupt the neurological system of humans and cause problems with brain-body coordination. It can lead to respiratory failure and cause frequent death. Tetrodotoxin can also cause gastrointestinal problems, muscle weakness, and paralysis.

Why Are Puffer Fish Poisonous?

Pufferfish in the wild have a diverse diet that allows them to produce poisons. The food promotes the growth of symbiotic bacteria in their intestines, which produce tetrodotoxins. Because pufferfish are immune to these toxins, they are unable to harm them.

Pufferfish have poor swimming abilities, making it difficult for them to escape their predators. When predators attack pufferfish, they employ these toxins to defend themselves.

What Part of Puffer Fish Is Poisonous?

Pufferfish toxin is produced in a variety of organs, including the skin, ovaries, testes, intestine, and liver. If you come into contact with a pufferfish, the toxin can be transferred to your bloodstream via the pufferfish’s spikes. Aside from that, eating pufferfish is riskier than simply touching it. 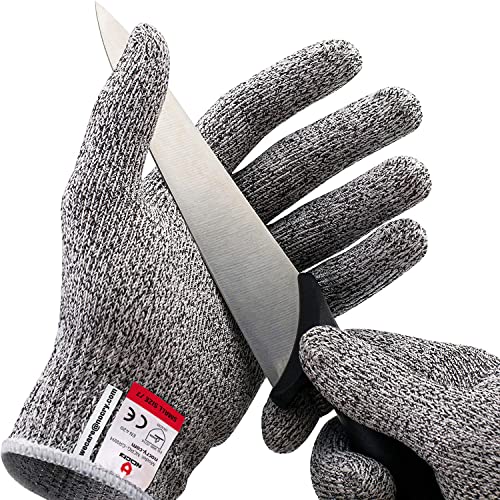 What Happens If You Touch a Puffer Fish?

Pufferfish are not poisonous when raised and bred in captivity. They produce toxins from the food they eat in the wild since the toxins are not naturally present in them. As a result, touching a pufferfish in captivity is not toxic.

It is dangerous to contact pufferfish that live in the sea. Tetrodotoxin is present in the spikes and can be passed to your body. The poison is deadly, causing paralysis and respiratory failure as well as death. Because tetrodotoxin has no antidote, it is critical not to touch wild pufferfish.

What Are the Signs and Symptoms of Poisoning?

Tetrodotoxin is a fast-acting toxin, and symptoms of poisoning can appear within minutes. Lethargy, dullness, vomiting, and stomach disturbance are among early indicators of pufferfish poisoning. It is critical to visit a medical specialist as quickly as possible to analyze the situation.

The condition and symptoms will become more severe as the situation worsens. Muscle tremors, trembling, dilated pupils, trouble breathing, and complete body paralysis are all signs and symptoms of severe pufferfish poisoning.

How Is Puffer Fish Poisoning Treated?

There is no antidote for pufferfish poisoning. It can, however, be managed with the use of supportive therapy. Emetics are used to cause vomiting and eliminate the toxin that has been ingested from the stomach. Fluid therapy and oxygen therapy are also utilized to avoid respiratory failure.

Which Puffer Fish Are Not Poisonous?

In tropical and subtropical waters, there are more than 120 species of pufferfish. The majority of pufferfish are toxic, and their skin and internal organs contain toxins. Northern puffer and Takifungu Oblongus, on the other hand, are less toxic.

The northern puffer’s flesh is toxin-free; however, its internal organs contain a small number of poisons. As a result of its delicacy, it is consumed in North America. In comparison to other pufferfish species, the fugu puffer has a low toxicity threshold.

Can touching a pufferfish kill you?

Touching a pufferfish can be fatal. Because the spikes on its body are loaded with poisons. The spikes will inject the toxin into your body if you touch the skin. Tetrodotoxin causes mortality by causing vomiting, intestinal distress, paralysis, and respiratory failure.

Is the outside of a pufferfish poisonous?

The poison is secreted and dispersed throughout the body, both internally and externally. As a result, the pufferfish’s entire exterior, including the skin, is poisonous. To avoid poisoning, it is vital to touch the pufferfish while wearing thick, hard gloves.

Can you hold a pufferfish in your hand?

The pufferfish should not be handled with your bare hands. Because it contains tetrodotoxin, a toxin that is fatal to humans. To defend themselves, pufferfish use toxins to cause poisoning. You can, however, hold the pufferfish in your hand while wearing heavy gloves.

What happens if you get stung by a pufferfish?

Pufferfish bite can cause inflammatory reactions on the site. Tetrodotoxin is a poison that kills within one hour of exposure. Poisoning signs and symptoms will show within minutes of the poisoning. As a result, when handling it, avoid getting your hand near its mouth.

How do you prevent pufferfish poisoning?

Can a baby pufferfish kill you?

No,  Cooking, freezing, and drying are all procedures that can’t reduce toxicity unless you remove toxic organs.

Toxins are produced by the food they eat in the wild.  Toxins are found in the liver, gut, ovaries, testes, and liver of pufferfish. As a result, it is critical not to ingest or touch the wild pufferfish. Because they contain tetrodotoxin, a lethal toxin 1200 times more potent than cyanide.

When handling and touching the pufferfish, you should wear thick, firm gloves. Within minutes after poisoning, signs and symptoms may appear.

Because there is no antidote for tetrodotoxin, seek medical advice if you come into contact with the pufferfish. A blood test, as well as fluid and oxygen therapy, will be performed by the clinician.