It was on a Thursday at noon, during summer that I heard a loud squeaking sound coming from my axolotl as she goes up the surface of the tank for a gulf of air.

I wasn’t taken by surprise. I only needed to check the water parameters and ensure that the temperature was within the appropriate range.

If you have had or are having a similar experience to this, this article is really for you. Axolotls like many other types of animals do make some sounds every now and then, even though they are not the chattery type like guinea pigs.

However, Axolotls do not make noises as they don’t have vocal cords capable of producing loud vocal noises. Importantly, when they try to breathe with their lungs by gulping air on the surface of the water, they sometimes give out some squeaking sounds.

Axolotls can make different sounds to mean different things such as squeaking, whistling, and even gulping. Are they normal sounds? Should you be worried about anything?

If it’s only observed once in a while it shouldn’t get you startled except you keep hearing the sound over and over again for a long time.

Meanwhile, what should you do if your axolotl’s noise has anything to do with the wrong water parameters? Read on to find all the answers you need.

No, Axolotls do not make noises since they lack vocal cords that can produce loud sounds, nor can they hear voices, although they can detect vibrations.

In the wild, axolotls do not use sounds as a means of communicating with one another.

They don’t have any mating calls that involve making noises or sounds. They also don’t use echolocation to navigate their way around in the water. 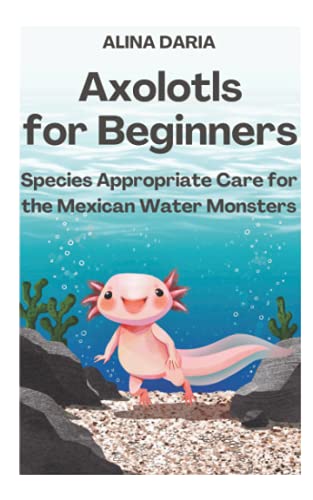 Why is my Axolotl Making Noise?

The sound your axolotl makes has to do with how it breathes. Axolotls breathe in four distinct ways – through their gills, lungs, skin, and back of the throat (Buccopharyngeal membrane).

Of these methods, buccal respiration and breathing through their lungs are two of these ways that may explain the noises axolotls make.

When your pet axolotl swims up to the surface of the water and swallows an air bubble, it often produces little hiccup-like or burping noises. They do this because there isn’t enough oxygen in the tank.

It’s fine occasionally, but if your pet axolotls are doing it all the time, it only tells you that something is wrong with your aquarium – something to do with the wrong water temperature and insufficient amount of oxygen in the tank.

2 Common Axolotl Noises and Their Meanings

Despite the fact that axolotls lack vocal cords, you can occasionally hear them emitting strange sounds such as a high-pitched squeak, a short bark, or a hiccupping sound.

Axolotl noises and what they mean are different depending on the frequency. If it happens too frequently, it might indicate that the water quality is poor. In this case, the noise would actually be a sign of distress.

Now let’s look at these sounds in detail.

As you know, axolotls breathe using four different methods –  their gills, lungs, skin, and back of the throat (Buccopharyngeal membrane).

So when an Axolotl uses its Buccopharyngeal membrane for breathing (Buccal Respiration), this might be responsible for the ‘hiccup’ sound that some owners report hearing.

Buccal respiration occurs through a sequence of spasms or pulses in the neck that force a membrane in the back to vibrate and pull in water. When the animal breathes this way, it produces a sound that is similar to a “hiccup“.

Many cases of axolotl making a squeaking sound are reported to associate with when the animal swims up to the surface of the water to gulp some air bubbles. This behavior usually happens if the animal is having trouble getting oxygen in the tank.

In another instance, you may hear the squeaky sound when trying to move your axolotl to another tank during cleaning.

Axolotls aren’t very skilled lung breathers, so when they are breathing on land or when you are moving them from tank to tank they can make a squeaky sound.

Each lung breath requires a lot of work for the axolotl, and they can get squeaky or ‘barky’ during the process. But once the axolotl is back underwater and breathing with its gills, it should be fine and the squeaking sound should stop.

In a nutshell, if you have been wondering if axolotls do have lungs, the simple answer is yes they do, but they are not skilled in using them to breathe.

What Should You Do If Axolotl Makes Noise?

This is the most interesting and important part – knowing what to do when your axolotl suddenly starts making a squeaking or hiccupping sound. Occasional noise from your axolotl isn’t something to stress out about.

But when it keeps occurring over time, you should look into why they are making the sounds. As stated earlier, this has to do with your husbandry – either insufficient oxygen in the tank or inappropriate water temperatures.

This may come as a surprise but do you know that axolotls yawn just like humans? They yawn with their mouth wide open as though trying to catch a big fish.

Axolotls often yawn after eating to keep down a raucous live food and when they look tired/bored.

Axolotl yawning is not a common behavior and it’s nothing to worry about. So you should consider yourself lucky if you catch your axolotl yawns.

Although axolotls have teeth, they can only nip but cannot bite to inflight a wound because their teeth are not sharp. If you happen to get bitten by your axolotl, you’ll hardly feel pain.

Axolotl burp can mean three things – A happy, bored or stressed axolotl. If your axolotls are in their tank and the water parameters are in great condition, they burp bubbles because they enjoy it or because it is boring.

But if you’ve moved them from tank to tank or you notice other indicators of stress, such as a curly tail, curly gills, or a high water temperature, it’s stressed.

How do you tell if an axolotl is stressed?

You can tell that your axolotl is stressed if it’s inactive, loses appetite for food, and its gills are curled forward.

Can my Axolotl hear me?

Axolotls cannot hear sounds as they don’t have external ears. Instead, they have lateral line systems (Ambystoma mexicanum) that enable them to sense vibrations in the water and they are able to locate where food is coming from by means of echolocation.

What does it mean when an axolotl flicks its gills?

How do I know if my axolotl is happy?

Some common signs that your axolotl is happy include:
Frequently moving around the tank.
Looks brightly colored on the skin.
Eats properly.
Like to explore the tank in search of food or places to hide.
Gills fall backward freely and with no tension.
Response or come to observe when you approach the tank.
Is generally active.

By nature, axolotls are calm and quiet animals that love to live in isolation. They do not have vocal cords capable of producing noises. That notwithstanding, like many other cool species, you’ll hear your axolotl make some sounds from time to time.

These sounds don’t come frequently and they shouldn’t startle you. However, if it happens repeatedly for some time, then it’s a sign that something is wrong with your husbandry.

The two common sounds you’ll hear your axolotl make are squeaking and hiccupping.

They make these sounds when they try to breathe using a different method other than the gills they are used to – this includes the lungs and Buccopharyngeal membrane (Buccal Respiration).