You might not like bloodworms but axolotls find this treat delicious and some people even call it axolotl candy. Frozen bloodworms are a great source of nutrition and they can be found in a pet store.

Many owners want to know if bloodworms are actually good for axolotls and the answer is Yes, they are.

Today we will discuss how to feed axolotl frozen bloodworms and what should be the quantity. Not only this, but we will throw light upon all the queries related to frozen as well as other bloodworms.

Yes, Axolotls can eat frozen bloodworms as they are carnivorous animals and only eat animal protein.

You can feed bloodworms to adults as well as juvenile axolotls but it should be small enough for them to fit in their mouth.

There are three kinds of bloodworms: frozen bloodworms, live bloodworms and freeze-dried bloodworms. However, live worms provide more nutritional value compared to the other two bloodworms.

Live bloodworms should be used within a few days of purchase as they are very perishable.

You need to rinse live bloodworms properly to avoid putting any dirt or contaminants in the tank of axolotls.

Experienced owners suggest feeding frozen bloodworms as a treat or supplemental food as they are nutritionally inactive.

Freeze-dried bloodworms are dried and they need to be soaked so they get softened before feeding to axolotls.

Some freeze-dried bloodworms come in a higher quality than other bloodworms and you need to be careful while deciding how to feed and what should be its quantity.

As we mentioned above bloodworms are not a complete source of nutrition for axolotls and they should be fed with other foods that provide proper nutrients.

Axolotls who are very young have smaller mouths and can get only a very small amount of food.

The best way to feed a very young axolotl is to feed as much as they can get in their small mouths during two minutes of feeding.

Make sure to break the one brick of frozen bloodworms into mini-chunks first before feeding to a young axolotl.

You can feed living bloodworms to adult axolotls for two minutes and can increase the time to five minutes while feeding frozen or freeze-dried bloodworms.

You should feed from one cube to one cup of bloodworms per axolotl. Once they reach 8 months, you can serve full sized worms and they can eat 2 or 3 good sized worms in a day.

If axolotls are full then they will not eat more and you need to remove all the uneaten bloodworms promptly from their tank to prevent them from getting rotten and causing any harm to the tank.

Also read: How Much Bloodworms To Feed Axolotl?

How To Feed Axolotl Frozen Bloodworms

There are 3 ways to feed axolotls bloodworms: thaw, chopped or dropping directly into the tank.

You can choose any feeding method mentioned above and each way has advantages as well as disadvantages. Each axolotl will also like it in a different way.

Frozen bloodworms will start gathering at one place and axolotls will use their sense of smell to reach the food.

They swallow whole bloodworms by sucking. This method helps saving time and helps axolotls be active.

The disadvantage of this method is the defrosting ice adds to the bioload/waste in the tank of axolotls.

Cut Bloodworms Cubes in Half Then Wiggle Them in Water

Another way to feed bloodworms to axolotls is cutting the bloodworm’s cube in half and then keeping it in plastic tweezers. Start shaking it into the tank to get the attention of axolotl.

Due to the poor vision, axolotls detect their prey through movement.

This way you can save time in defrosting and can also get all the attention of axolotls because frozen bloodworms stand still.

You need to keep in mind the tweezer is kept loose and it is not pointed as a little carelessness can harm your axolotl. 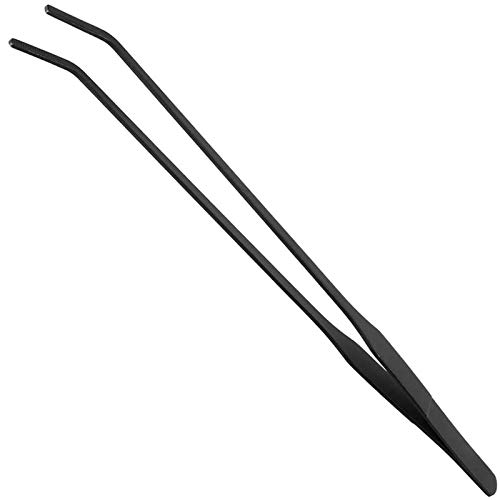 Now let’s discuss the third method to feed bloodworms to axolotls which is by taking the aquarium water in a small cup or dish and putting the bloodworms in it to thaw.

Once they have thawed, you can feed the frozen bloodworms to your axolotls.

This one is quite a safe method but you should know bloodworms take not more than a minute to defrost so be patient during the feeding session.

When axolotl is done eating, use a net to remove any leftover food from the tank to maintain the quality of water and prevent it from getting contaminated.

You need to be mindful while feeding bloodworms to axolotls and you should see they are not overeating as younger axolotls might feel difficulty grasping and swallowing even small bloodworms.

Bloodworms might be caught in the gills of hatchlings and juvenile axolotls.

Do not leave uneaten food for too long in the tank of axolotls as it might cause harm to them. Remove all the leftover food after 5 minutes to avoid any damage to the tank. 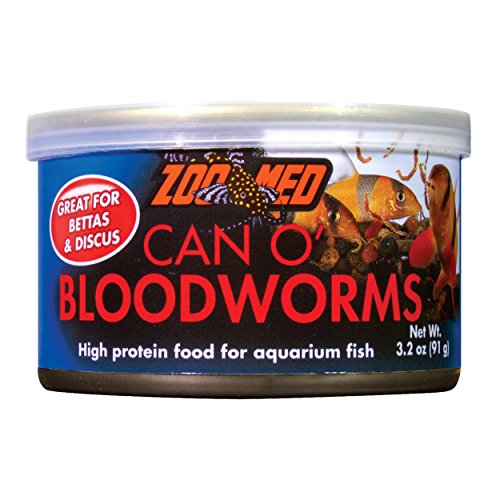 Yes, axolotls can eat frozen bloodworms and you can feed it as a treat to them.

Do you defrost bloodworms for Axolotl?

Yes, you need to defrost bloodworms to axolotls before feeding them.

How do you feed frozen bloodworms?

You need to thaw frozen bloodworms first before feeding to your axolotl. Cut them into bite sized pieces and feed them with tweezers.

How do you feed frozen food to an Axolotl?

To feed frozen food to an axolotl, you need to thaw it first.

You can serve frozen bloodworms to axolotls but only as a treat as it does not give proper nutrition to them.

To feed frozen bloodworms, you need to thaw them first then feed it with tweezers to your axolotl.

Also, live bloodworms are more nutritional than frozen bloodworms and they also bring the hunter side of your axolotl as they move a lot when you feed it to them.