You are here because you are wondering what worms are best to feed to your axolotls. Well, needless to worry.

This article has all your concerns addressed. The axolotl is one of the most popular types of pet salamanders in the world. They are easy to take care of, fascinating to watch, and kids love them.

Axolotls are also known as Mexican walking fish because of their four legs. However, they are amphibians, but they are not fish. Axolotls are, in fact, a type of salamanders.

Therefore, they can eat pretty much anything that is edible to salamanders. But what should you feed them, and what should you avoid? The best worms for axolotls are those low in fat but rich in protein.

That said, a few ideal worms you can feed to your axolotls are earthworms, bloodworms, waxworms, and many others. Read on to learn more.

Yes, axolotls can eat worms. Worms constitute their staple diet in the wild. In a nutshell, axolotls eat anything else that can fit inside their mouth and swallow whole.

That is why they are not considered ideal tank mates to other small aquatic animals. Worms are not only small and can easily fit in your axolotl’s mouth, and they are highly nutritious and less messy in the tank than other types of food.

Feeding your pet axolotls worms can promote healthy gill and filament growth. Also, for some breeders that own a picky axie eater, wiggling some worms to the animal has proven to attract and entice them to eat.

One other benefit of feeding worms to your pet axolotl is that it is cost-effective and requires less time to feed.

Nonetheless,  while worms make a more significant part of their diet, not all worms are suitable for all axolotl, and you’ll find out why in this article.

check out our article about what can axolotl eat?

How Many Worms Should My Axolotl Eat?

How many worms you should feed to your axolotl depends on its age and size. Baby axolotls eat totally a different type and number of worms from the adult axolotls.

Thus, Feeding your baby axolotl for the first few months can be challenging. Also, baby and juvenile axolotls need food every day since they eat little food at a time due to their small size.

As babies (between a few weeks-two months), Baby Brine Shrimp and bloodworms are ideal for them. When all four legs are fully formed, you can then introduce live earthworms into their diet.

By the time they are six months old, they should be eating two full-sized worms each. From now on, you can increase the size of the worm you buy, although you’ll still have to cut the worms to smaller sizes to make them eatable.

Once they are eight months old, you can increase the number of feeder worms to three full-sized worms per meal.

As they grow older and larger, they will be able to eat large worms. By this time, you can increase their feeder to the large dendrobaena worms.

Note that axolotls typically wouldn’t feel hungry or wouldn’t eat much once they get older, so as they get older, you should slow down the rate at which you feed them by simply giving them a full-sized worm three times a week.

Where Should You Get Your Worms?

For the safety and well-being of your pet axolotls, where you buy worms for them is very important. This is because if you are not careful, you might end up buying diseased or parasitic worms that can harm your pet’s health.

Several places you can get quality worms include bait shops, pet shops, garden supply stores, and online pet stores. Each of these places has its advantages and the dark side, and depending on the particular vendor you purchased from, you may not have any issues with your axis health.

Nonetheless, while you’re sure to get quality worms for your axis from these places, you’re likely to get parasitic worms too. Besides, most of these vendors may run out of supply, especially when you need the worms most for your pet.

For these reasons, we recommend getting feeder worms from online vendors such as Amazon.com and garden supply stores. Alternatively, you can raise your feeder worms organically.

To get started, simply get a bucket with some holes for ventilation.  Add some good quality compost to it along with the worms.

Feed them (the worms) vegetable peels/scraps, bad/spoilt fruits, mashed potatoes, and many others till they come of size, and then feed them to your axies. 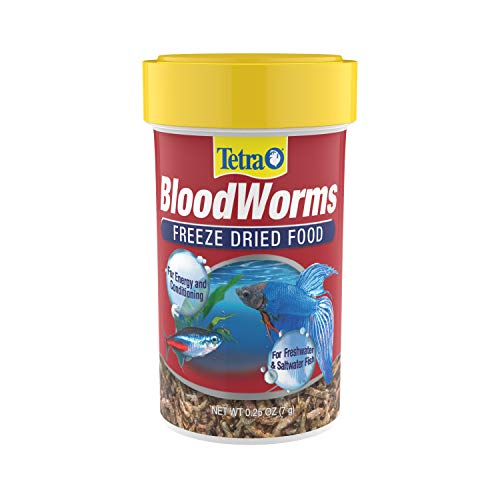 How Do You Keep Worms for Axolotl?

The best way to keep, store, or preserve worms for axolotls is to keep them in their natural habitat – that is, dirt, moist and hydrated.

To achieve this, get a small or medium-sized plastic bin, fill it up with a bag of garden soil, and put the worms in there.

Ensure to make pin-sized holes on the body and base of the container where excess fluid can drain out, and ventilation can get in. cover the top of the container to ensure the worms don’t get out.

Once you are completely set up, feed shredded vegetable scraps, mashed tomatoes, oats, and eggshells sparingly to the worms. Once the food is exhausted, add more food.

Any meat or sauces, banana peels, citrus fruit, peppers, onions, or spicy foods should be avoided. These substances aren’t good for axolotls when consumed through their feeder worms.

There are many kinds of worms that can be fed to axolotls but not all of these worms are ideal for them.

While some of these worms make excellent stable food, some should be given in moderation as treats, and others should not be given at all because of the potential health risk they pose to your axolotls.

Ideal worms for axolotls are those that poss no risk to their digestive systems or well-being in general. Some of the best worms to feed to your captive axolotls include:

Earthworms are soft, tiny, elongated vertebrates that live in the soil used as food for several other animals. They come in different colors ranging from white, gray, reddish-brown to pink.

They are one of the best foods you can feed to your pet axolotls. They contain all the nutrients your axies need and are also soft for your axies to swallow since they have no teeth to chew food.

Earthworms have no health implications on axolotls and by far, are the safest to feed. They are also easier to source for in local pet stores, unlike other worms. Earthworms can be fed to axolotls once they are three months old and older.

Waxworms are plump, segmented worms that live in and around beehives. They come in white and tan colors. They can be fed to axolotls, too but in moderation.

The reason is that waxworms contain a large amount of fat, and axolotls don’t need foods that are rich in fat. Axolotls need more protein (meaty foods) than fat. Their digestive systems simply can’t deal with a large number of fatty foods.

For this reason, we recommend that you feed waxworms to your axolotls in moderation. Like earthworms, waxworms are easy to buy from pet stores and you can get quality ones from Amazon.com.

Besides earthworms, dendrobaena worms are another best feeder worm for axolotls. Although they are typically larger in size, they have all the nutrients that captive axolotls need for good health.

However, dendrobaena worms should only be fed to axolotls when all four legs are completely formed.

Blackworms are better feeders for younger and smaller axolotls because they are smaller in size than other worms discussed in this article. If you should feed them to your adult axolotls, you should increase the quantity.

Besides being smaller in size, blackworms are soft and pose no digestive issues to axolotls. They are also affordable and readily available at pet stores.

Bloodworms too make good foods for axolotls. However, they are really not nutritional so they should only be fed occasionally as treats and not as a staple food. In addition, bloodworms are best given when your axolotls are still young.

Also read: how much bloodworms to feed axolotl?

Worms to Avoid Feeding to Axolotls

For several reasons, there are certain worms that should not be fed to axolotls. These worms are either not nutritional to your axies in any way or axies don’t just like them.

Worms in this category include lobworms or tiger worms, red wigglers, superworms, mealworms, and dyed worms.

They find it offensive because these worms give off a nasty yukky smelly slime that they hate. Apart from this, these worms can spoil the water too.

Although the real cause of this dislike remains unknown, it is believed that red wigglers excrete a foul-smelling and bitter-tasting chemical when handled or harmed – so it’s likely that the chemicals excreted are harmful to axolotls.

On the flip side, it’s much better and preferable to feed the larvae which have a soft exoskeleton to axolotls. This way, you wouldn’t have digestive issues to deal with.

The axolotl is a type of salamander that eats basically worms and other types of food such as mollusks, fish, and worm larvae. As their primary diet, there are many different types of worms that axolotls can eat.

However, lobworms or tiger worms, red wigglers, superworms, mealworms, and dyed worms are worms you should avoid feeding to your axolotls at all costs.