Puffer fish is a species of fish that is well known for its distinctive appearance and its ability to inflate its body by taking in water or air.

But biting? They are rarely known for biting since they would rather inflate to triple their size and swim away than fight in a threatening situation.

Nonetheless, puffer fish do bite and they can bite with a force strong enough to sever a finger or toe.

With a set of teeth that are fused together to form a beak-like structure that allows them to crush hard-shelled prey, the pufferfish has a bite force of about 62050 newtons.

Interestingly, if puffers would rather blow up and swim away than fight back when threatened, the big question is why do puffer fish bite? Let’s get to answer this question in the sections below!

Yes, puffer fish do bite. They have a bite force stronger than a piranha and can sever a finger. Naturally, puffers use their teeth to tear down prey. So if you get bitten, they probably think you are food.

The teeth of a puffer fish are similar to those of a parrotfish, with the ability to crush rocks if necessary. They have four teeth, two in the upper jaw and two in the lower jaw, which are fused together to form a single large tooth.

Force of a Pufferfish

Although a puffer would typically not bite you, you may be unlucky to get bitten. When this happens, expect the worst.

They use their beak-like teeth together with a strong bite force to crack open the shell of oysters, shellfish, clams, and mussels.

Why Do Puffer Fish Bite?

Rather than bite or fight back, a puffer fish in the wild will rather blow up and swim awkwardly away when threatened.

Although they are the most dangerous and deadliest fish on the planet, the ironic thing is that they rarely bite and do not sting. In the food chain and also in the wild, they are often prey to other animals rather than predators.

Considering this behavior, why do puffer fish bite? Let’s just say if you get bitten, it’s really bad luck, or they’re too hungry and think you’re food. To avoid their bite, try as much as possible to stay away from them.

What Happens If A Puffer Fish Bites You?

Pufferfish only have poisonous organs, they do not contain venom, which means that even when they bite (which is rare), they wouldn’t cause you any harm.

What makes puffer fish dangerous to humans is not their bites or aggressive behavior, but eating their flesh/organs that have the tetrodotoxin poison in them.

Also, pufferfish have a strong bite force of over 62050 Pa (62050 Newton) which is five times stronger than the strongest species of piranhas. So you will be in a lot of pain. You might even lose some fingers and toes.

What Should You Do When a Puffer Fish Bites You?

By all means possible, when you are bitten by a pufferfish, simply stay calm. Do not rush to touch it or try to pull it out – this will only spike the puffer to be more violent and bite more.

Pufferfish not only have strong, sharp teeth, but some of the species also have spiky skin which makes them dangerous to touch or struggle with during a bite.

Nonetheless, if you feel your finger is bitten off, then try to get the puffer to let go of your finger.

You can do this by giving them some treats to get their attention elsewhere, that is if you were bitten by your pet puffers. Where your finger was completely bitten off, visit the hospital to get it stitched.

If it happens on a beach while swimming, then you have to find a way to get yourself out of the water. Seek medical attention as soon as possible to avoid any case of poison or infection.

How to Avoid Be Puffer Fish Bite

If you are keeping puffers for any reason, they aren’t the kind of fish you would want to handle or bond with. The fact that inflating and deflating to protect themselves cause them stress, you would want to only watch them from afar.

On that note, to avoid possible bites, do not put your finger in the tank nor feed them with your hands – instead, use long forceps.

Puffers are not social animals, which means they don’t like social interaction. Hence, avoid picking them up. If you must pick them up, perhaps during a water change, wear a thick glove box. 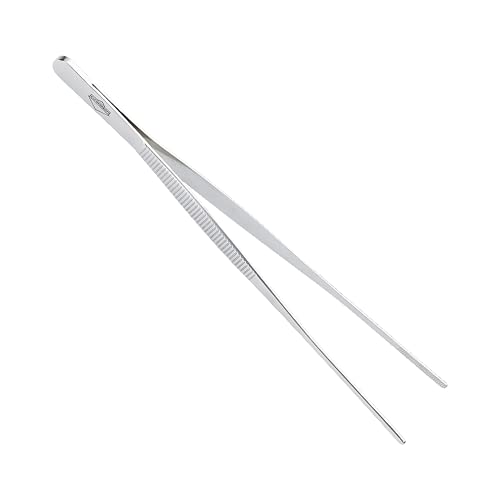 What happens if you touch a puffer fish?

Depending on how and where you touch the pufferfish, you may get bitten by the puffer. Undoubtedly, pufferfish have the tetrodotoxin poison in their skin.

Can a puffer fish bite your finger off?

This bite force is like five times stronger than one of the strongest species of piranhas (black rhombus piranha), which is put at around 12065 Pa (12065 Newton).

Is a puffer fish bite poisonous?

No, a pufferfish bite isn’t poisonous because puffers do not have the tetrodotoxin poison in their teeth.

This toxic substance can only be found in the fish’s liver, skin, intestines, ovaries, and in some cases in the blood.

It’s important to note that this is a toxin, not venom, which means that the fish does not inject poison when it bites. However, they are extremely toxic if eaten.

Do puffer fish have teeth?

These teeth are fused together to form one huge tooth both on the upper and lower jaw, giving them the appearance of beaks.

They use these beak-like teeth to open mussels, clams, and shellfish.

One reason pufferfish are called puffers is because they puff up when they are afraid. They puff up to make themselves look bigger and appear dangerous to potential predators.

They also have strong, sharp pair of beak-like teeth, but they would rather blow up and swim away than bite with those teeth when threatened.

In the wild, pufferfish are usually shy and try to escape from predators that appear bigger than them. However, if they are really scared, threatened, or see you as food then they may bite.

Come to think of it, they bite with so much force that can cut off your finger. Hence, it is advised that you feed them using tongs. Do not try to feed your pet puffers by hand as this can lead to bites.

Also, do not handle puffers with bare hands. Generally, pufferfish is not the species of fish you should handle or touch. However, if you must touch them, wear thick gloves.