Are you wondering if you can eat northern puffer fish? I’m sure you have read that puffers, including the northern pufferfish, are toxic as they have the tetrodotoxin poison in their skin and organs.

If so, why would you want to eat a fish that deadly when you can simply have other fish species for dinner? The answer isn’t far-fetched – puffer fish (fugu) is a delicious meat that anyone can hardly resist.

They are considered the chicken of the sea as their meat tastes just like chicken.

Every year, according to a report by Business Insider, over 10,000 tons of pufferfish (fugu) are eaten in Japan and some other Asian countries.

And over 20 people are reported death after eating pufferfish (fugu) since 2000 (source).

Interestingly, the northern pufferfish isn’t as toxic/deadly as its other puffer species.

Which means that you can safely eat northern pufferfish, but only when it is well prepared.

Let’s get to answering your questions. “Can you eat northern puffer fish?”

Can You Eat Northern Puffer Fish?

Yes, you can eat northern pufferfish. The Northern Pufferfish, like all other pufferfish species, have some poisonous toxins in their skin and organs, but at a low level.

They are not as dangerous/deadly as their tropical counterparts and have been consumed by people for many years. Nonetheless, before you eat it, thoroughly clean it of all skin and viscera.

The Northern pufferfish can be fried, grilled, and breaded like Buffalo wings.

How to Clean Northern Puffer Fish

While fugu preparation should be left to the professionals and you should not attempt it at home, it’s nevertheless intriguing to know what processes the chefs must take to ensure the fugu is safe to eat.

The Northern puffer, like all puffer types, is equally dangerous. However, at a lower level. The most deadly parts in pufferfish (Northern pufferfish) are the skin, eyeballs, intestines, ovaries, kidneys, and, most importantly, the liver.

As a result, the key to proper preparation is to avoid puncturing or bursting any organs or intestines within the abdominal cavity.

This also applies to practically any fish you intend to eat. 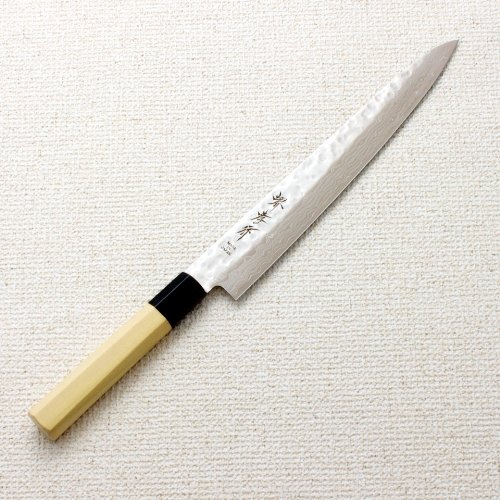 Note: It is important to stress that this article is not an ultimate guide to preparing the Northern pufferfish as we are not experienced enough to guide you.

The steps here are just to give you an insight into what processes the fish will pass through before it’s safe for eating.

We also advise that you do not do it yourself at home. Ask a fisherman to prepare it for you or go to a licensed restaurant to eat it. As earlier stated, if it’s not properly prepared, it can lead to death.

From many people that have tasted the northern pufferfish, it is believed that the firm, tender, white meat along its stiff backbone tastes so much like chicken. This is why the fish is nicknamed “sea squab”.

Where Can You Eat Northern Puffer Fish?

When it comes to eating pufferfish, safety is paramount. This is why you are to eat only from licensed restaurants/chefs and you are not advised to prepare it yourself at home.

Undoubtedly, pufferfish is a delicious delicacy. However, it is also deadly when not properly prepared.

Therefore, this part of the article will cover a few approved restaurants where you can eat pufferfish, particularly northern pufferfish without fear of poisoning.

Their fugu is wild caught in southern Japan and transported by plane to Tokyo where the restaurant is located.

The fugu is usually hidden in a bag, then it’ll be auctioned off using hidden hand signals. Before it is sold off, each potential buyer will put their hand in the bag and makes their bid secretly. The highest bidder gets to buy the fugu.

Other places you can eat northern pufferfish with peace of mind are:

In each of these restaurants, you can ask them to clean up the pufferfish for you to cook at home. But never try cleaning it yourself if you’re not trained on it.

Commercial and personal importation of puffer fish into the United States is strictly prohibited due to the potential health risk of puffers.

Nonetheless, Wako International, a New York importer, is the only approved or acceptable supplier of imported puffer fish.

What Other Puffer Fish Are Edible?

Out of over 120 different species of puffer fish known in the world, only 22 species are approved for eating and use in restaurants by the Japanese government, this includes northern pufferfish.

This means that these approved 22 species are less toxic and are less likely to cause death if prepared properly, although they are not completely toxic-free.

The most common and popular of these species is the “torafugu”. Torafugu, also called tiger pufferfish, is more poisonous than the other puffer species and it’s the most expensive in Japanese restaurants.

Torafugu is served in restaurants as perfectly, thinly sliced sashimi. They can be deep-fried as well and even used in making a hot sake called hirezake.

Can puffer fish be eaten?

Yes, pufferfish can be eaten if well prepared. Pufferfish, also called fugu, is a delicious delicacy eaten in Japan and other parts of Asia.

But you should only eat pufferfish from restaurants where there are licensed chefs that can prepare the fish.

The Northern pufferfish like other pufferfish types are toxic but at a low or mild level.

How to cook northern puffer fish?

The eating of pufferfish of any type is prohibited in some states, especially in the US.

While we do not recommend that you prepare the fish yourself at home to avoid a possible case of food poisoning, you can watch a couple of Youtube videos to get started.

No, the Northern pufferfish is not poisonous, but it can be poisonous or even deadly if eaten without proper preparation.

Can you eat a smooth puffer fish?

Yes, you can eat smooth pufferfish, but the FDA (The Food and Drug Administration) warns against eating it because it is considered highly toxic.

When you eat the smooth pufferfish that is not well prepared, you may experience tingling, weakness, vomiting, diarrhea, or even complete shortness of breath, which can lead to death.

Due to its high toxicity, pufferfish (fugu) is illegal in various states, including the United States, and should only be served by licensed chefs.

For many years, the Northern puffer fish has been eaten by humans because of their delicious taste. As a result, to protect the population of wild Northern puffers, fishing restrictions have been put under G.S. 113-174.2.

Therefore, anybody who engages in recreational fishing in North Carolina coastal waters must have a Coastal Recreational Fishing License.

Furthermore, it is not recommended that you attempt to prepare pufferfish (fugu) on your own. If you must eat it, eat only the approved species such as the “torafugu”, as it contains the least amount of toxicity in its blood.

You can also eat fugu from specialized aqua farms that guarantee poison-free fugu, as well as licensed restaurants with certified chefs.