Ball pythons are among the most popular reptiles kept as pets by reptile lovers. They are nocturnal creatures, meaning they are more active at night than during the day. This means you may not really find your ball python active during the day, and you may be wondering how much they sleep.

A ball python can sleep for about 20-23 hours per day. However, they will not sleep for 23 hours straight as they become active between naps. The amount of activity usually varies from one ball python species to another.

In the snake world, ball pythons are lazy snakes as they love sleeping. This article will help shed light on how much ball python sleep and why they sleep too much.

Yes, ball pythons are lazy creatures, and sleeping is among their favorite activities. They usually coil up in a dark place to take a nap when digesting their prey. Another thing is that they only eat about once a week and try to conserve their energy by resting and sleeping.

Therefore, they are only active for a couple of hours per day.

How Much Do Ball Pythons Sleep?

An average ball python usually sleeps for about 20-23 hours a day. They are nocturnal creatures and are most active for a few hours at night. Ball pythons love sleeping because digesting food takes a lot of energy.

You will notice that your ball python is sleepier if you feed them recently. Ball pythons are also known to sleep for weeks without much activity when they are shedding.

Why Does Ball Python Sleep So Much?

Ball pythons love sleeping which brings the question of why they like sleeping so much. The first thing is that ball pythons are massive, and they need a huge amount of food which they have to digest at once. Digesting food is usually stressful and takes a lot of their energy, causing them to sleep.

Another thing is that ball pythons eat once a week. Therefore, they sleep to help conserve their energy.

Ball pythons are also known to sleep when they are shedding. This is because they must conserve their energy for about a week before they shed. So, it is possible to see your ball python sleep for up to two weeks during their shedding period.

Some of the other factors that can affect how a ball python sleeps are age, size, recent feeding, illness, and how you set up their enclosure.

However, you should keep in mind that ball pythons have different traits and behaviors. It is possible for a ball python to sleep more than the others, while some may be more docile.

Why is My Ball Python Active During The Day Instead of Sleeping?

Therefore, you may need to increase your snake’s feeding frequency to help reduce its activity level during the day.

It is recommended that you place at least two hides (one on the warm and another on the cool side) in their enclosure. The hides should also be tight, fit your python, and have only an opening to help make your snake feel secured. This will help to ensure your snakes can curl up tightly and feel snuggly.

You can then upgrade the size of the hides as your snake grows up. Your ball python can also be stressed and active during the day due to loud noises around its enclosure.

How Do I Know If My Ball Python Is Sleeping?

Generally, snakes do not have eyelids, making it quite hard to determine whether they are asleep because they cannot close their eyes while sleeping. Lack of movement is the best way to determine when a ball python is sleeping.

Ball pythons are curious creatures and will explore their enclosure when awake. They usually react to movement or loud sounds around their enclosure. Therefore, when your snake is not reacting, then it indicates that it is sleeping.

Your snake will have a delayed startle response if it is sleeping. On the other hand, your ball python will look at you if it is awake.

Note: Avoid handling your ball python when sleeping, as it can startle it. It can also break the bond you have with your snake, and it may bite to defend itself. Therefore, it is best to leave your snake alone if you do not see any movement in its enclosure and also try to understand its body language.

How To Tell If A Ball Python Is Sleeping or Dead

Generally, it is quite hard to determine whether a ball python is sleeping or dead just by looking at it. You can easily determine that a snake is dead from its smell or when you touch it.

For instance, a ball python is sleeping if it reacts with surprise when you touch or pick it up. You will notice that the snake will raise its head to try and understand what is happening and can even bite to defend itself.

On the other hand, a dead ball python will start smelling bad after some time. Furthermore, it will not react when you pick it up. You will notice that the dead snake will hover over your hand instead of looking or moving around.

Should You Wake Up Your Ball Python?

No, it is recommended that you don’t wake up your ball python. Your ball python can have a delayed startle response if it is asleep, and you will notice that it will not react immediately after you touch it.

Furthermore, it is common for ball pythons to be grumpy if you wake them. It can even bite to defend itself, and it is possible that your snake will not trust you like before.

Therefore, you should not avoid putting your hand on a snake unless it is fully awake.

What Do Ball Python Do Besides Sleep time?

You can handle your ball python when they are awake as well. Ball pythons will also poop when awake if they have digested their food.

However, the amount of activity level usually varies from one ball python species to another. There are ball pythons that will just move their head and look around, then go back to sleep.

Some fun facts about the ball python’s sleeping habits are stated below. 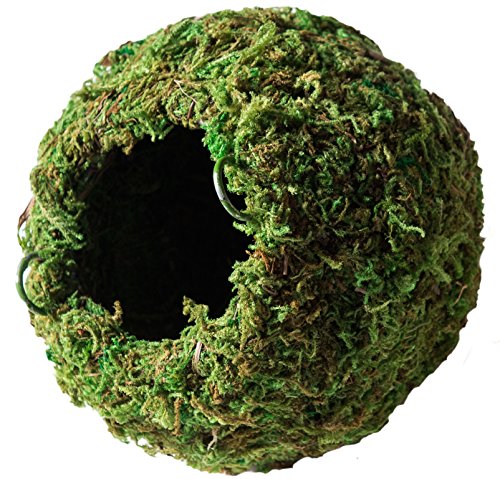 How many hours does a python snake sleep?

An average ball python can sleep for about 21-23 hours in a day. However, they don’t sleep for 23 straight hours but split it into phases or periods.

Can I handle my ball python at night?

Yes, you can handle your ball python whenever you want, whether it is day or night. However, avoiding handling a ball python after feeding or during the shedding process is best.

Can a snake cry?

No, snakes can never cry. However, you can see fluid between their retinas and spectacles that is produced by the tear glands behind their lenses. Unlike mammals, the tears cannot overflow from their eyelids, so they don’t cry.

How can I tell if a snake is dead or sleeping?

No, snakes do not blink as they don’t have eyelids. However, they have a protective scale that protects their eyes from debris and other irritants.

Ball pythons are lazy snake species, and they can sleep up to 23 hours. Furthermore, they are nocturnal creatures and are more active at night. As a beginner hobbyist, it may be hard to determine when they are sleeping, but you will learn more over time.

It is recommended that you leave your snake alone whenever they are sleeping.