So your axolotl’s not eating the worms you feed them and you’re getting worried already. Well, you’ve come to the right place! We’re going to talk about “why are my axolotls won’t eat worms?” you feed them and many more.

So let’s get the ball rolling so your axolotl will enjoy his next set of mealtime with worms!

Why Are My Axolotls Won’t Eat Worms?

Many things might cause an axolotl to not eat worms: the worm is too big, the worms are of poor quality, the worms have an unpleasant smell, the axolotls are not hungry, or they just simply don’t like it, and the worst part is your axolotl might be sick.

Obviously, we can handle them, and we do not need to worry. Because fortunately, this is not a major issue.

Axolotls are Not Hungry

One of the most common reasons why an axolotl does not eat was because they are not hungry.

If your axolotl does refuse to eat even though the water is good, the food is what they like and it doesn’t have any diseases, then the cause may be due to the owner giving it much food more than it can eat.

Just be mindful about their diet and the feeding patterns because axolotls are very fond of meaty foods like bloodworms or earthworms.

With it, they don’t need many of those to survive. And usually, 1 or 2 earthworms daily is more than enough. Don’t panic and the feeding patterns should be considered first

Worm Is Too Big

One of the common issues the worm might be too big for the axolotl. Try to chop them up into smaller pieces or work with tiny worms and work your way up to larger ones.

Axolotls’ mouths are hard to get out of, even for the most agile of worms. At some point, if the worm is too big for it to devour whole, the Axolotl will give up and release it from its mouth.

Usually, axolotls are fed Dendrobaena worms, which should be 1cm in length which they love.

But on the other hand, Lobworms or Tiger Worms should never be fed to them since they are disgusting to Axolotls and the water they live in, despite the fact that is wonderful food supplements for other reptiles, amphibians, and fish.

Your axolotl doesn’t want to eat anymore and that is because of the bad quality of the food you give to it. They can become a picky eater, especially on the badly preserved worms or spoiled pellets.

The best way to deal with it is to make sure that the worms were good in condition and preserved properly. And if you are feeding them something they don’t want, then forget about it.

Axolotls may ignore or may spit foods out when it is too big, too hard, or has a nasty taste. The best solution is to choose a pellet that softens in water rapidly.

Avoid worms that has bitter a bitter taste such as red wigglers to avoid spoilage of their foods, it is suggested not to buy larger quantities of dry food than your axolotl can consume in approximately one month and try to reseal the package properly after use. 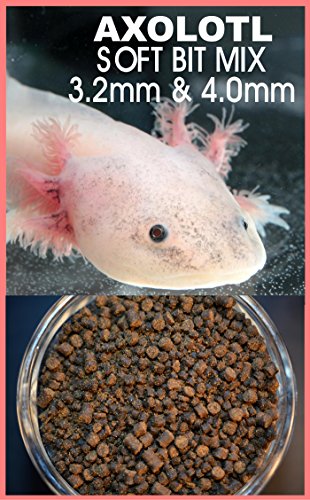 Your Axie Is Sick

Now for the part that we may all fear about is that the axolotl is not eating because of something more serious such as having a disease. The most common axolotl diseases that will cause them to stop eating include:

Is It Okay if I Don’t Feed Axolotl Worms

In the first three months, the axolotls should only be fed live earthworms as it has all the nutrients they need. But this does not mean that your pet will die if they don’t eat worms: it will still grow if you feed it other foods.

Axolotls can survive even if you do not feed them for up to 2 weeks, and there is no harmful effect for them as long as the tank temperature remains at cool temperatures. It is normal if your axolotls do not eat for a few days.

First, you should check if your axolotl doesn’t like worms in general or only a particular variety. You could try feeding it different worms and check which it will like.

However, there’s no reason for worry as you can provide your axolotls with other food aside from worms.

Your axolotl will still be healthy as long as you feed it well and get sufficient nutrition from worms alternative. You can still provide your axolotl with different types of food such as daphnia, ghost shrimp, small fishes, and pellets.

What Should You Do When Your Axolotls Won’t Eat Worms?

The following steps will help you determine the ways you can do when your axolotl won’t eat worms.

Based on the learnings we can found, there are numerous reasons why our pet axolotl won’t eat worms. However, we should become aware of the possible reasons for how this kind of scenario is occurring.

However, aside from knowing different reasons, we should become observant of our axolotl. We should not force them to eat something, especially worms if they don’t like it.

Stop overfeeding axolotl as it can become reasons to their sickness or diseases that may end up the reason for them to die. Always remember that prevention is better than cure so let’s become aware of our axolotl.