In this post, we are going to discuss everything you need to know about the similarities and differences between porcupine fish and puffer fish.

The main difference between porcupine fish and puffer fish is that the former have visible spines but the latter don’t.

In the face of a threat, the puffer fish puffs up, and the spines, which are actually specialized scales, become visible.

Here is a table that shows the scientific classifications of these two species:

What is Puffer Fish?

Puffer fish is a balloon-shaped fish belonging to the family Tetraodontidae. Puffer fish are found in both marine environments and freshwater.

Some species of the fish are critically endangered due to habitat loss, pollution, and overfishing.

The fish inflates itself with water and air, like a balloon—to evade predators. Most puffer fish contain a toxic substance which is deadly for humans.A puffer fish can contain enough poison to kill up to 30 adult humans.

In Japan, puffer fish are a delicious treat, and pretty expensive. However, because they contain a deadly toxin, they must be prepared by licensed, trained chefs.

What is Porcupine Fish?

The porcupine fish, also known as globefish and balloonfish, belongs to the family Diodontidae, order Tetraodontiformes. It lives alone near caves, reefs and ledges, and hunts mollusks and crustaceans at night.

The porcupine fish is shy in nature, and retreats when approached by divers. The fish has a white belly.

There are spines all over its body, which are actually modified scales. When the fish is threatened, it inflates its body with water, and the spikes stand out.

This fish is considered poisonous because it secretes a highly toxic skin substance. The liver, ovaries and other internal organs of the fish contain tetrodotoxin— a neurotoxin 1200 times deadlier than cyanide.

Due to its lethal defense mechanism, the porcupine fish has very few predators.

In general, the  porcupine fish is not eaten. However, some species are eaten in some places of the world. In Cebu, Philippines, the fish is an exotic delicacy locally known as tagotongan.

Can Porcupine Fish and Puffer Fish Live Together?

No! It’s not a good idea to house porcupine fish with puffer fish. Also, avoid keeping multiple porcupine fish in the same tank. This is because they often become hostile towards each other.

However, porcupine fish are not hostile towards fish of other species. Some good tank mates for porcupine fish include wrasses angels, tangs, foxfish, engineer gobies, and squirrelfish.

When choosing tank mates for your porcupine fish, make sure you avoid very tiny fish because they may fall prey to your porc. Avoid all mobile invertebrates.

When it comes to choosing tank mates for puffer fish, your choice should be based on the type of puffer fish you have.

Here is a table that shows the suitability of various tank mates for particular species of puffer fish:

Which Is Better: Porcupine Fish or Puffer Fish?

Well, it basically depends on your preferences and needs. When it comes to choosing a porcupine fish or puffer fish, understanding their differences is the key.

You can keep a porcupine fish as a pet,  but these fish get rather large, and therefore you will have to get a pretty large aquarium. 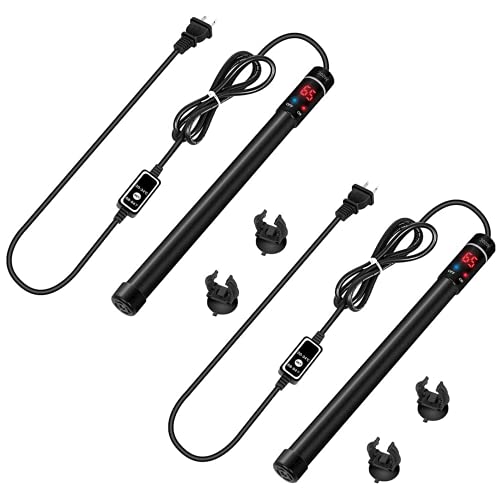 A porcupine fish will cost anywhere between $40 and $100.

Puffer fish are more suitable for living in an aquarium, in part because these fish are very hardy. They are mild-mannered toward other species, and become aggressive and hostile only when threatened.

However, puffer fish are voracious in nature, and that’s why it’s important to be careful when choosing tank mates for them. If the tank mates are too small, they will end up becoming your puffer’s dinner.

Puffer fish can eat a wide range of foods: mussels or clams, frozen or fresh shrimp, flakes or brine shrimp.

Porcupine fish secrete a highly toxic skin substance. This toxic substance is a part of their defense mechanism.

When threatened, they blow up their body and secrete tetrodotoxin—a neurotoxin about 1200 times more toxic than cyanide.

Can porcupine puffer fish live with other fish?

Yes, they can. Angels, tangs, engineer gobies, squirrelfish, and foxfish are some good tank mates for porcupine fish.

Are puffers and blowfish the same?

Yes, puffer fish and blowfish are one and the same. There are about 200 species of this fish.

Are puffer fish poisonous to touch?

Yes. puffer fish have spikes all over its body that contain a deadly toxin. You may become sick if you touch the fish with your bare hand.

Can you eat puffer fish?

Yes, while the fish are poisonous, they are eaten in Japan. The fish is also used as an ingredient in other food items.

However, only a qualified fugu (Japanese name for puffer fish) handler can prepare the fish.

Both porcupine fish and puffer fish have spines that protrude outwards when there’s a danger. The difference is, in porcupine fish, these spines are always visible, even when the fish is not inflated.

In puffer fish, these spines are visible only when the fish is in an inflated state.

If you want to keep puffer fish or porcupine fish as pets, puffer fish may be a better option because they are hardy, mild-mannered, and voracious.

We hope now you have a better understanding of the differences between these two types of fish.