Monos, bumblebee gobies, archerfish, scats, clown fish, mollies, and many others are some of the fish that can go with leopard puffers. These fish species are considered ideal for leopard puffers because they are less aggressive in nature.

Leopard puffers, as well as puffers in general are aggressive in nature and highly terrestrial. This means that they prefer to have a whole tank or a section of the tank to themselves and are likely to attack their tank mates if housed with other fish species.

The leopard puffers are known to nip on the fins, scales, and even eyes of their tank mates, especially during feeding. Hence, having a large tank for puffers kept with other fish is very important to ensuring less confrontation and physical attack.

Keep reading to learn more about housing other fish with your leopard puffers.

What Fish Can Go With Leopard Puffer?

The leopard puffer, commonly known as the green spotted puffer, is a highly aggressive fish that will attack and kill any other fish or critter in the tank.

Even so, Leopard puffers can be kept in a communal setting with large, non-aggressive fish or with other members of the same species.

Mollies, damsel or clown fish, scats, archerfish, monos, and bumblebee gobies are some of the fish that can be kept alongside leopard puffers. However, Depends entirely on the personality of the puffers.

Note that your leopard puffer may appear to get along with one of these tank mates for several months before eating the other fish if a symptom of weakness appears or the tank becomes too crowded.

Why Should Leopard Puffer Fish Be Kept Individually?

Although individual fish differ in temperament and behavior, puffers generally are very territorial and require a lot of personal space. Puffers have a reputation for ripping off the fins, scales, and sometimes the eyes of other fish, including other puffers, especially when they are feeding.

When you keep a puffer alongside other fish species, there is always the risk of confrontation. They are violent towards the same species as well, especially during feeding.

For a few months, a puffer may get along nicely with its tank mates, but as soon as the puffer detects a sign of weakness or the tank becomes congested, the puffer will eat the other fish.

If you have shrimp, crabs, and snails in your puffers’ tank, they will eat them because all these animals are considered food by your puffers.

Leopard puffers are aggressive and temperamental, and they have a reputation for eating the fins and scales of other fish, thus they are not a good tank mate for other species.

However, several owners have reported keeping their leopard puffers with other fish species such as mollies, damsels or clownfish, scats, bumblebee gobies, archerfish, and monos.

Speaking of best tank mates for leopard puffers, Malawian cichlids are suitable tank mates for green spotted puffers because their aggressiveness does not harm tetraodons in any manner.

But, as noted earlier, if the other fish show signs of decline or the tank appear to be congested, the Leopard Puffer will go after it to consume it.

Hence, to avoid this, make sure there’s enough space in the tank for each fish to have their own space. Create distinct territorial boundaries and hiding areas with rocks, roots, and other decorations. Plants in the aquarium can also help establish distinct borders between the fish.

Can Leopard Puffer Fish Live Together?

You’ll need a 55 or 60-gallon aquarium to properly keep multiple puffers or other fish species with your puffer in one tank. A tank this size will allow room for decorations while yet providing enough space for each fish to dominate. 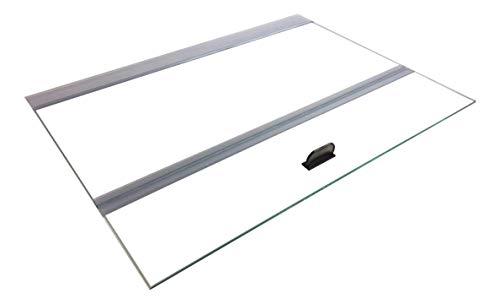 Can leopard puffers live in freshwater?

Yes, leopard puffers can live in freshwater. But only as juveniles, especially during the rainy season. Adult leopard puffers inhabit tropical brackish water, as they require a pH of 7.5 to 8.5.

Can leopard puffers live with other fish?

Yes, leopard puffers can live with other fish such as Malawian cichlids, monos, and archerfish. However, since they are highly aggressive, it is advisable to house your green spotted puffer in a larger tank with other fish species.

Yes, all species of puffers, including the leopard puffers are poisonous because they have the deadly neurotoxin tetrodoxin in their bodies. They can be deadly to humans if consumed without proper preparation.

What fish can live with a puffer?

Fish that can go well with puffers are gobies, snails, clown plecos, mollies, and harlequin rasbora. Mollies are specifically ideal for small tanks.

Can you mix different puffer fish?

Yes, you can have a mix of different puffer fish in one tank. But you must ensure that ample space is not compromised since puffers are generally aggressive both to themselves and other species.

As you can see, there are plenty of fish that can go with the leopard pufferfish. Although we would not recommend keeping puffers with other species of fish as they can be aggressive towards them, you have to be careful when going about it.

The rule of thumb is to have a large tank that ensures enough moving space for every fish. This way, you can reduce the rate of conflict and confrontation.

Many experienced owners have reported having success in keeping many puffers together and keeping puffers with other fish species.

But as you know, puffer fish are not beginner-friendly pets. Hence, you should avoid housing them with other fish species, except if you intend to serve the other fish as food to your puffers.