In this article, we’ll be looking at a question that has been debated amongst marine biologists for years – “Does a puffer fish die when it puffs up?”

One of the most interesting facts about pufferfish is that it can inflate its body when it feels threatened. This inflation can cause the fish to be two to three times larger than its normal size.

So you may ask, “what happens when the fish puff up?” When the fish feels threatened, it forces its body to puff by unhinging its jaw and expanding its mouth, allowing a large volume of water to get into its stomach.

They perform this action just to scare off predators. They are able to hold water and puff up because they have a special stomach that can expand without rupturing.

If this is the case, how long can they stay puffed-up? Will they die if they remain in the puff-up state? These and many more will be addressed in this article. Keep reading.

Does a Puffer Fish Die When It Puffs Up?

No, not every puff circumstance results in the death of the pufferfish. However, in extreme cases, a pufferfish can die from puffing. If the danger that leads to the puff and stress lasts too long, the fish may die.

This is because as a puffer fish puffs up, its internal organs are pushed to the side. The pufferfish is put under a great deal of stress as a result of this.

The fish can relax and try to deflate once the frightening circumstance is passed. As a result, if the frightening scenario lasts for a long time, the stress will last as well.

In a nutshell, the longer a puffer fish puffs up (i.e., the longer it is threatened), the more stressed it becomes and the more likely it is to die.

Why Do Puffer Fish Puff Up?

Puffing up for pufferfish isn’t enjoyable, so they must be doing it for a reason, which is to defend themselves.

As a defense mechanism, pufferfish puff up when they feel threatened or whenever they are in a dangerous situation. When they puff up, it helps them appear more intimidating to potential predators.

They do this to wade off predators since It’ll be difficult for predators to bite a shape that is more than double its original size, round, and sometimes covered in spines, and it is not very appetizing to eat.

Another reason puffer fish puff up is because this is a way they try to cope with their fear. While in the inflated state, their bodies take in less oxygen through the skin. It might not be convenient but puffing up always helps them survive the situation. 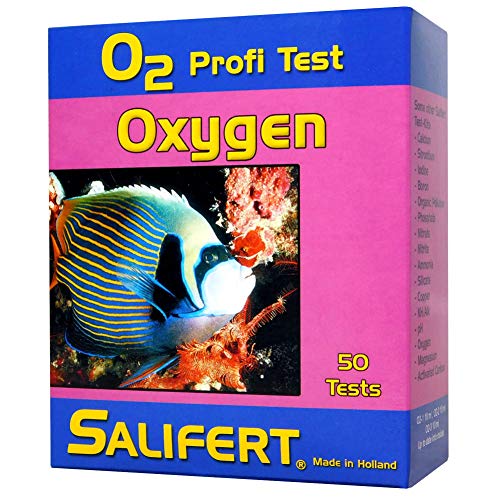 How Do PufferFish Puff Up?

By unhinging its jaw and widening its mouth, the pufferfish forces its body to puff. The fish gulps enormous volumes of water instead of air as it unhinges its jaw, rapidly expanding its entire body.

Puffing up for pufferfish is an instinctive self-defense behavior they have as soon as they hatch. The moment they feel danger, they will inflate their bodies to three times their original size to appear more intimidating to potential predators.

Their goal of puffing up is to scare away predators. The whole process of puffing up can take as little as 15 seconds. But it takes way longer for them to deflate.

How Long Can a Puffer Fish Stay in a Puff Up State?

According to studies, a pufferfish may stay puff-up for an average of 5.6 hours before returning to its normal metabolic level. Because of its size and inability to swim quickly, the fish is vulnerable during this time.

How Many Times Can Puffer Fish Inflate?

There is no specific number of times a puffer fish can puff up in its lifetime. As you know, puffing up causes stress to the puffers, and when it’s prolonged the puffer may die.

Therefore, what you should care about the most is to make sure that your pufferfish stays relaxed and does not puff up every so often.

How Do You Help Pufferfish to Deflate?

The pufferfish expels water from its stomach in the same way it entered, albeit at a much slower rate in the wild. It can take up to 5 hours at times.

However, forcing or assisting a pufferfish to release the water in its stomach would only cause the puffer to become more stressed, and the puffer may die as a result. This is to explain that puffers are exceptionally delicate fish that do not fare well in high-stress environments.

As a result, you must use caution when dealing with them, particularly when they puff up. Pufferfish in the wild will continue to float until they are certain the danger has passed before returning to their regular state (size).

During this time, they appear vulnerable because of their size and immobility. Therefore, you should not force your pufferfish to release all of the water from its belly as it’ll release the water itself once it feels the danger is gone.

However, if your fish is used to puffing up its body when picked up, gently apply pressure to its mouth, and it will release all of the water on its own. Also, provide a comfortable environment for your pufferfish and allow it to remain calm.

Do Puffer Fish Die When They Inflate With Air?

Yes, a pufferfish may die when it inflates with air. This is because puffers can’t expel air out of their inflated stomach, so it floats upside down on the water’s surface until it drowns.
Pufferfish are known to puff up, even up to three times their original size to escape danger. But what is in their elastic stomach that causes their bellies to expand is water and not air.

How Long Does It Take For A Puffer Fish To Deflate?

How Many Times Can A Puffer Fish Puff Before It Dies?

There is no specific number of times a pufferfish can puff up before it dies. As long as there is danger perceived, they’ll puff up to protect themselves. The problem would be with the frequency at which they puff up. Understand that each time a puffer puffs up, it causes some degree of stress. Hence, if all the puffer does is puff up to stay alive, it’ll die out of stress.

Do Freshwater Puffer Fish Puff Up?

Yes, all puffers, whether freshwater or saltwater puff up when threatened. Puffing up for pufferfish is more of a defense mechanism and has nothing to do with their natural habitat.

What do you think would make an animal put itself through stress by gulping lots of water to stretch out its stomach and its skin? It must really be life-threatening.

The pufferfish, as the name implies are known for puffing up or inflating their size to three times their original size in order to appear intimidating to potential predators. They do this by gulping lots of water instead of air, and this will push their organs to the side.

When they are in the puffing state, swimming usually becomes very difficult for them. Generally, pufferfish are not good swimmers, which is why they make up for this with their defensive tactic. Hence, when they puff up, they lost even more mobility.

A pufferfish that has puffed up will continue to float along until it returns to its original size. That is how stressful puffing can be for pufferfish.

So what should you do as a good owner? – It’s simple, instead of startling your pet puffer just to watch it puff up, you should try to minimize noise and other threatening situations.