Squirrels’ population is tremendously growing and no matter where you live, you’re bound to find these canny and skittish furballs around you.

Squirrels are peaceful and affectionate rodents, making them a peoples’ choice pets. Unfortunately, these bushy-tailed little critters are also known to bite humans.

My pet rodent once bit me, and I couldn’t stop wondering why the hell did my squirrel bite me. Squirrels are not aggressive all the time but can typically bite a person for certain reasons.

4 Causes Make Your Squirrel Bite You

Squirrels will not arbitrarily bite you, but something will often trigger them to sink their teeth into your flesh.

More frequently, squirrels can bite you for self-defense. Other causes that will prompt these bushy-tailed rodents to bite you include losing control due to a disease/parasite when feeling scared or looking for food.

Generally, squirrels are harmless rodents, and they don’t hate us. It’s not unheard of that some squirrels can attack for no reason, but most of them are compelled to bite by the 4 causes as mentioned above.

We always enjoy feeding our squirrels, it is hilarious, and any squirrel’s caretaker will enthusiastically commend it. Squirrels are incredibly free with humans who feed them and always associate them with food.

Unfortunately, a hungry squirrel can quickly swing its mood and become belligerent towards its caretaker to get a meal. And when in such a hostile temperament, you might receive a bite from the squirrel.

In addition, if you hand feed your squirrel, it’s likely to bite your finger, confusing it to be food. The squirrel can bite your fingertip if you aren’t careful, but it will do it unintentionally.

While feeding, some squirrels become uncomfortable when a person gets too close to them. They feel uneasy and can bite back.

Squirrels will deliberately attack when in defensive mode. For instance, mother squirrels guarding their babies are highly protective and act aggressively towards intruders.

Likewise, it is common for squirrels to bite if an unknown person tries to handle or capture them.

These little furballs are shy and unwelcome to strangers and won’t hesitate to show their sharp teeth and use them to defend themselves.

Moreover, a squirrel that feels cornered is as dangerous as hammering dynamite. It will not only bite you but also cause severe injuries.

Despite being small, squirrels play smart even when attacked by predators; they are pretty defensive rodents.

If squirrels cannot flee from a threat, they remain motionless and compose themselves to fight back. Biting is their primary defensive mechanism when squirrels feel frightened.

If you have a new squirrel, it is normal for the squirrel to distance itself from you and behave strangely when you come closer. Sadly, the squirrel doesn’t perceive you as its owner but a predator.

Drawing nearer makes the squirrel think you are attacking it and thinks negatively of you. The squirrel will bite you on purpose. Befriending a squirrel isn’t an easy task, but it requires a lot of effort and patience.

Loss of Control Due to Disease/Parasite

A disease or parasite can also cause aggression in squirrels. These playful critters can be carriers of rabies, prompting them to attack humans.

Rabies virus is known to make wild animals that are naturally docile become aggressive and defensive.

Likewise, roundworm brain parasites can infect squirrels and cause them to become aggressive. A squirrel in such a condition is often territorial and wants to be alone. It will bite any person that becomes bothersome.

What Diseases Can Squirrel Bites Transmit to You?

Are Squirrel Bites Harmful?  Yes, squirrel bites are harmful. These bushy-tailed pets have sharp, strong teeth that can severely hurt us if they sink into our soft flesh.

Apart from inflicting wounds, squirrel bites expose us to many diseases, such as rabies and Tularemia. In short, squirrel bite is dangerous to humans.

A squirrel may be infested with ticks, the primary carriers of Lyme disease. Lyme is a bacterium disease, and people majorly contract it through the bite of black-legged ticks.

A person who has contracted Lyme disease expresses symptoms such as fatigue, muscle pain, fever, and headache. It is possible to treat Lyme disease using antibiotics successfully.

However, if left untreated, the disease advances and results in joint problems, heart complications, and nervous system issues.

Squirrels can also pass rabies disease to humans through bites. It mostly happens if the squirrel is infected with the disease and then it bites you.

Rabies is a viral disease that typically affects the central nervous system, and it’s associated with signs such as insomnia, discomfort, headache, and body weakness.

In the worst conditions, it becomes a brain disease and causes death. The worst thing with rabies is that once the symptoms develop, it becomes difficult to treat them. Although a few people have recovered from the disease.

The best and successful way to prevent rabies is through vaccination. In case of a squirrel bite, seek immediate medical attention.

What To Do If You Get a Squirrel Bite?

If you get a squirrel bite, you need to stay calm. Most frequently, squirrel bites shouldn’t make you worry. You only need to follow the right approaches, and the problem ceases soon. Below are steps to follow:

Some people recommend using hydrogen peroxide and sometimes rubbing alcohol on the wound when cleaning the wound. However, these should be completely avoided since they can prevent healing.

When Do You Seek Medical Attention?

Seek a doctor’s intervention if you notice any redness, swelling, increased pain, oozing, or inflammation from the bite. With such signs, you may be infected with a disease.

If you get fever, chills, or flu-like symptoms, it’s a warning sign that you need to seek medical attention.

You should likewise visit a doctor if the bite broke through your skin. A squirrel bite is often not painful, but the doctor should examine it to make sure you haven’t contracted anything.

How To Avoid a Squirrel Bite?

They say ‘prevention is better than cure,’ which is true. If you spot something that can put you at risk, the best way would be to avoid it.

One major reason that contributes to squirrel bites on humans is hand-feeding. I know many people enjoy it, but it’s risky.

So, if you enjoy feeding your squirrel, make use of a squirrel feeder. Alternatively, drop the snack on the ground, and the squirrel will retrieve it. 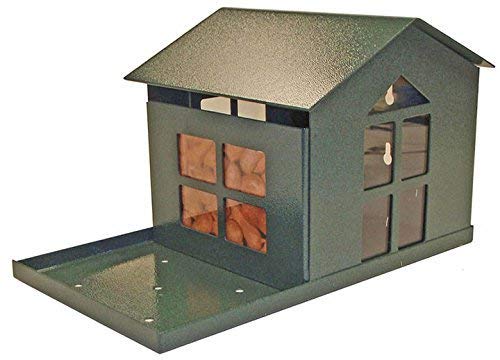 Do not disturb your squirrel when it is enjoying its meal. You will also want to stay away from your squirrel if you suspect it’s sick or behaving aggressively.

Another thing that will help is to avoid handling squirrels. Remember that these are wild animals and are unpredictable.

If you own a pet squirrel or you volunteer to feed the wild squirrels that visit your backyard, there is a possibility that you may get bit. Squirrel bites are relatively common, but they often don’t pose big problems.

A squirrel can bite you when looking for food, feeling scared, defending itself, or due to a disease/parasite. It’s recommended you visit a doctor immediately after going through the first aid for a squirrel bite for a thorough check-up.