In this article, we will highlight everything you need to know about corn snakes’ hearing, from whether they have an ear to what they can hear.

Do Corn Snakes Have Ears?

Yes and no. Corn snakes do not have external ears (also called ear flaps, auricles, or pinnae), as seen in most other reptiles. However, they have tiny holes on either side of their head, which are their ear openings.

Inside these tiny holes, corn snakes have well-developed internal ears. The inner ear is filled with several small bones, which aid their hearing ability. However, snakes do not have an eardrum (tympanic membrane) or middle ear.

Yes, corn snakes can hear to a certain degree. However, they do not have a well-developed sense of hearing and can only hear sounds from 40-1000 hertz.

Corn snakes have a fully formed inner ear structure used for hearing. The inner ear is filled with a small ear bone known as columella that helps them to detect vibrations of the sound waves around them.

They also have a bone known as quadrate bone located in their jaws. This bone helps to detect vibrations as it comes in contact with the ground while moving around. The jawbone will then transfer the vibration signals to the snake’s brain through the inner ear.

What Corn Snakes Can Hear?

There is not much research on what corn snakes can hear besides the studies on snakes. Therefore, it is safe to assume that all snakes have similar hearing abilities because they have similar ear anatomy.

However, it is possible for snakes from different habitats to hear a different range of sounds.

But there are still a lot of things that are not understood when it comes to what a snake can hear.

Do Corn Snakes Know their Name?

Yes and no. The range of an average human voice is usually around 250 hertz, and it is within the range of a snake’s hearing. This means that a snake can hear when you are talking to them. Therefore, it may support the claim made by many owners that a pet snake can recognize when they call its name.

However, snakes only use vibrations to hear voices but cannot show any behavioral changes or responses to the sounds. It is only their nerve pulses that will change based on the sounds that they hear.

Will Loud Noises Stress Out a Corn Snake?

According to a study from 2020, it was stated that an Indian rat snake (Pytas mucosa) displays an unusual behavior as they flee when there is a loud sound. This further confirms the common fact that it is rare to find a snake in a noisy or crowded place.

Therefore, you should avoid listening to loud music, watching a movie, or making loud conversations close to your snake.

Why Snakes Don’t Have Sensitive Hearing

Generally, snakes are sensitive to most stimuli but not much when it comes to the sense of hearing. Snakes do not have the means of detecting airborne sounds because they do not have a tympanum and external ear.

Another reason why snakes do not have a sensitive hearing is because they rely more on their sense of smell. Furthermore, snakes don’t really need to vocalize when communicating with each other.

What Helps Your Snake Relax?

It can be quite hard to calm a snake down when it is frightened. The best way to keep your snake relaxed is by providing a comfortable home for them. Most snakes do not like to feel exposed, and they require a space where they can hide.

Therefore, you will need to provide a dark and snuggly hide in their enclosure where they can hide whenever they want. It is also important that their home is in the quiet part of your house. You should also avoid playing loud sounds or making noise whenever you are close to their enclosure. 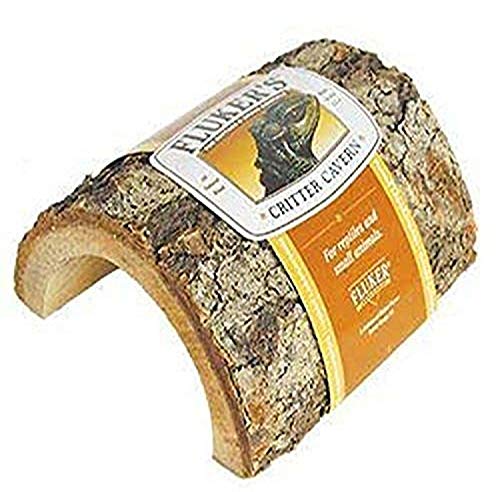 Can Corn Snakes Recognize Their Owners?

Another thing is that they cannot view humans as companions and cannot form a bond with their owners like other conventional pets.

Why Does My Corn Snake Stare At Me?

The main reason a snake stares at you is if it is hungry and believes it is time to eat. Some of the other reasons for a snake to stare at you are to defend its environment, it senses you as a heat source, or it does not trust you to handle it without causing harm.

It will also be hard for your snake to turn itself over if you place it on its back.

Can snakes hear you when you talk to them?

Yes, it can be considered that a snake can hear you talk to them. This is because an average human voice is around 250 hertz, which is in the frequency range they can hear.

However, snakes cannot respond when you talk to them and will not show any behavioral change to your voice.

What are the other animals with hearing mechanisms similar to snakes?

Yes, salamanders and frogs have similar hearing mechanisms to snakes. Like snakes, they don’t have eardrums and use sound frequencies to hear.

Do corn snakes have feelings?

Like most animals, corn snakes have emotions and can feel things. However, they show emotions differently from that of humansư.

Your corn snakes can show fear and aggression when disturbed and can show contentment when satisfied.

There is no evidence to show that snakes enjoy music as they cannot really hear music and usually see music as noise. However, a snake may be drawn to music due to curiosity as it can sense noise.
They will then inspect these frequencies to help determine if there is an impending danger.

Although corn snakes do not have outer ears, they have inner ears and can hear sounds. They use their inner ears to pick up on the sound vibrations between 40-1000 hertz. Therefore, they can hear us talk but cannot understand what we are talking about.

Furthermore, corn snakes do not like loud noises, which stresses them out. You should keep them in a quiet enclosure to keep them happy and healthy.