Many TV shows and nature travel guides educate travelers about poisonous fish. But what about fish like puffer fish that are often kept as pets? Can puffer fish inject poison? Are they safe for aquarium hobbyists?

Unlike many freshwater fishes that are kept as pets, puffer fish sometimes carry a toxin in their organs. Therefore, it is natural for pufferfish owners to want to know if the fish could inject this toxin to harm other fish and or even their human handlers.

Let us find out the answer in detail.

Some species of Pufferfish carry a deadly toxin known as tetrodotoxin or TTX for short. This deadly toxin is present in the fish’s organs like the liver and stomach and can be fatal to humans and other fish that eat the pufferfish.

Puffers also have spikes on their backs leading people to believe that they use them to “inject” their toxin into their predators.

Thankfully, pufferfish cannot inject poison through these spikes on their backs. Nor can they throw or spit out the toxin like snakes.

First, we must understand that pufferfish carry a toxin, not venom. The main difference between toxin and venom is the method of delivery.

A snake injects its venom through its sharp fangs by piercing its victim’s skin. Some species of snakes – like cobras – can even spit their venom out to paralyze or stun their prey.

The puffer fish cannot do any of these things. Mostly, the spikes cannot penetrate through human or fish skin. Neither can it inject its tetrodotoxin through the spikes to harm the enemy.

Pufferfish have spikes as they are a form of defense. The spikes make the pufferfish look intimidating to its enemies. They are not a weapon – instead, they are like a protective shield or armor.

However, pufferfish that are not prepared carefully can be deadly if consumed – particularly if the toxin-carrying parts are not removed. Moreover, handling a pufferfish with bare hands is known to cause symptoms like tingling, dizziness, vomiting, and/or numbness since the TTX toxin can get absorbed through a cut in the handler’s skin.

Is It Safe to Touch a Puffer Fish?

It is best not to touch a pufferfish. While you won’t die simply by touching a puffer, it could cause debilitating symptoms such as vomiting, numbness, dizziness, etc.

Pufferfish are covered with spikes and spines. These could be dripping with the TTX toxin, especially if the fish is puffed up.

So, if you happen to see a pufferfish washed up on the shore, it is best not to touch it. Sure, you might feel tempted to toss it back into the sea, but if you want to perform this benevolent act, please wear thick gloves or use some kind of sturdy protective barrier between your skin and the fish.

If you have a dog that likes to sniff and chew everything in its path, please prevent it from even licking the fish. Even dogs are known to have suffered painful symptoms of TTX toxicity such as excessive drooling, vomiting, and paralysis.

Check out our guide on are puffer fish poisonous to touch where we have discussed this in detail. 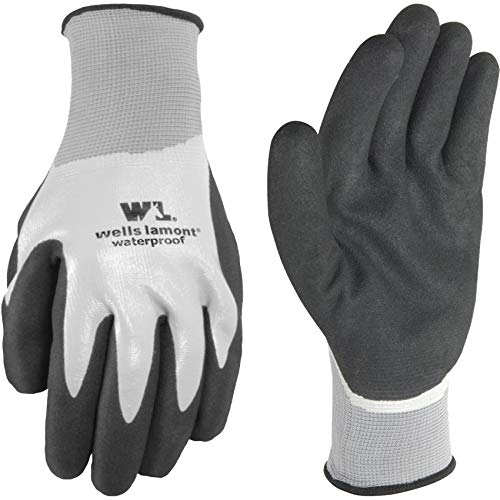 What Part of Puffer Fish Is Poisonous?

According to Ramasamy Santhanam, the author of Biology and Ecology of Toxic Pufferfish, certain varieties of pufferfish are completely toxic meaning all their organs are packed with either TTX (tetrodotoxin) or saxitoxin.

However, some other species only carry the TTX toxin/saxitoxin in some of their organs – mainly the liver, ovary, skin, intestine, and testes.

In Japan, people eat pufferfish (known as fugu) and it is considered a delicacy. However, fugu chefs are skilled in removing all of the dangerous toxin-carrying parts.

Earlier,  hundreds of people would die every year from fugu poisoning but lately, there are less than 5 deaths reported annually due to poisonous fugu consumption.

It is important to note that tetrodotoxin which is a deadly neurotoxin can’t be destroyed by cooking. The parts have to be removed completely. Otherwise, the toxin could block the sodium channels and result in gastrointestinal, neurologic, and cardiac symptoms.

There is no antidote for the toxin and patients could die within a few hours of consumption.

What Happens If You Get Stung by a Puffer Fish?

If you’re stung by a pufferfish, chances are that you might experience some numbness, tingling, dizziness, and pain.

The symptoms depend upon how much TTX has entered your system through your skin and the amount of toxin present on the pufferfish spikes that penetrated you. In some cases, you might not experience any symptoms at all.

However, if you experience dizziness or numbness, it is best to have yourself checked by a doctor. Symptoms of pufferfish toxicity are usually only seen in people that consume the fish if it is not prepared properly.

Victims of pufferfish poisoning must immediately check into the emergency room – as soon as they experience breathlessness. Remember: death can occur within hours and there is no antidote to TTX toxin.

Can You Survive Puffer Fish Poison?

It is estimated that almost 60% of pufferfish poisoning victims do not make it, since there is no antidote available for TTX.

According to the CDC, death due to TTX poisoning can occur within as early as 20 minutes or as late as 24 hours. Victims who make it beyond the first 24 hours usually do so without any residual effects.

However, recovery from pufferfish poisoning could take several days. Also, symptoms like numbness, paralysis, and dizziness are known to last for 3-5 days.

Why Is There No Antidote For Puffer Fish?

LOL, No antidote for puffer fish because science is not find out.

An antidote is a substance that counters the action of a toxin. It typically does so by binding to the toxic molecules and chelating or absorbing those molecules before eventually throwing them out. Different antidotes have different mechanisms for countering the toxin/poison.

Not all poisons and toxins present on this planet have antidotes and tetrodotoxin found in pufferfish is one of these. After all, some antidotes are themselves toxins and come with high side effects.

TTX or tetrodotoxin is also heat-stable, which means that cooking or heating it won’t destroy it. TTX works by blocking the sodium channels in the victim’s body causing various symptoms including gastric, neurological, and even cardiac.

These effects can take place within minutes of consuming the fish. So, even if an antidote were to be administered, it would have to be done very quickly.

If a person experiences breathlessness or numbness after consuming a pufferfish, s/he must seek medical help right away. Usually, doctors will try to stabilize the patient by placing them on a ventilator. This can support the respiratory and cardiac systems until the toxin is thrown out of the body.

Which Puffer Fish Are Not Poisonous?

Many varieties of pufferfish are not toxic. Several freshwater puffers are completely devoid of TTX.

Also, the presence of the toxin in puffers is linked to the fish’s diet. The species of pufferfish that eat shell vertebrates like crabs and clams are able to produce the toxin in their liver and other organs. The ingestion of the shell by the pufferfish produces the lethal neurotoxin in the puffer’s organs.

If you have freshwater pufferfish that mainly consume pelleted fish foods, then chances are they are not poisonous.

However, from the point of view of safety, it is best to believe that all pufferfish are poisonous and take all necessary precautions when handling them. As such, it is best not to handle these delicate fish at all since they could puff up and stress the fish out.

Here is a cool fact about puffer fish’s deadly toxin:

Pufferfish’s tetrodotoxin has been mentioned in the book The Serpent and the Rainbow by anthropologist and researcher  Wade Davis. It is about the author’s investigation of voodoo and the “making of zombies”.

The author discovered a Haitian zombie powder known to contain several secret ingredients, one of which is TTX from pufferfish. The book was eventually made into a movie of the same name staring Bill Pullman in the role of Wade Davis.

The Serpent and the Rainbow 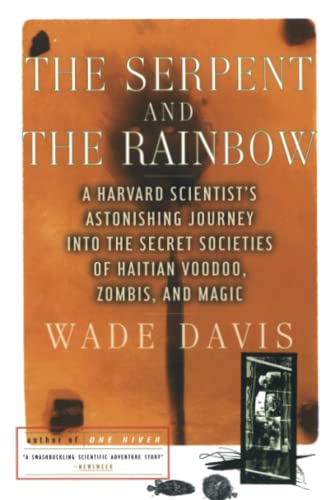 The Serpent and the Rainbow: A Harvard Scientist's Astonishing Journey into the Secret Societies of Haitian Voodoo, Zombis, and Magic
Buy on Amazon

If a pufferfish is not prepared properly and is consumed, it could lead to dangerous and often fatal symptoms of poisoning in humans.

Yes, according to recent research, even baby pufferfish have a poisonous cloak that prompts their predators to promptly spit them out.

It is further believed that the mother pufferfish passes on the deadly toxin to the baby fish through her ovaries.

According to Florida’s health government website, many varieties of pufferfish found in the state are known to contain Saxitoxin, which, if consumed can result in poisoning.

Touching the spiky fish with bare hands is not recommended as the poison could cause symptoms like numbness, tingling, and dizziness in victims.

Porcupine fish is a member of the puffer fish family Diodontidae and some experts even use the terms porcupine fish and pufferfish interchangeably.

So, yes, porcupine fish contain a toxin that it can secrete through its spikes and skin.

Pufferfish cannot inject poison. However, they can be toxic if consumed when not prepared properly. Still, it is best not to touch a pufferfish with one’s bare hands. Their spikes or spines could be dripping with tetrodotoxin which could enter your system through a cut on your skin.

We hope this guide gives you a better understanding of the elusive pufferfish.