Pufferfish are fascinating creatures and more and more aquarium hobbyists are keeping them as pets. But where do pufferfish come from? Do Pufferfish live in freshwater?

This popular aquarium fish is easily found in pet stores, but in the wild, they are found in various parts of the world.

If you are asking the question ‘where do pufferfish come from’ and want to know if pufferfish live in seawater or freshwater, then read on, this guide is for you.

Do Puffer Fish Live In Freshwater?

Pufferfish are found in the Atlantic, Pacific, and Indian Oceans. Some even swim up to the places where salty sea water meets the river waters and live in these brackish waters.

These varieties are mainly found in the tropics and subtropics, so you’d find freshwater pufferfish in the rivers of South America, Africa, and South Asia.

Where Do Puffer Fish Live?

Pufferfish have varied habitats. Mostly, they prefer shallow water or water that is not too deep. You might find them in coral reefs and rocks at the bottom of the sea. The coral reefs are abundant with pufferfish because they find plenty of food in them.

Adult puffer fish are more likely to be found near the land than out in the open sea. Mostly, they prefer clear water although some species thrive in muddy waters.

As mentioned before, there are freshwater pufferfish species too. It is estimated that out of almost 120 varieties of pufferfish, 30 varieties spend their entire lifecycle in freshwater, while the remaining are found in estuarine and inshore waters.

You might even find some living midway in brackish waters where rivers meet the sea. Some species even travel back and forth between different environments.

One thing is clear about pufferfish: they do not like cool water and prefer warmer temperatures. Resultantly, they are mostly found in the tropics, present in moderate numbers in the temperate waters, and not at all in the cold, frigid zones.

There are several varieties of pufferfish available all over the world. The freshwater varieties are popular among aquarium hobbyists as they are slightly easier to keep.

Some of the common ones are Mbu Pufferfish, Fahaka Pufferfish, Red-Eyed Red Bellied Pufferfish, Dwarf pufferfish, etc.  These are kept by aquarium hobbyists.

The following table shows 12 of the most popular freshwater pufferfish species.

Not all varieties of pufferfish are poisonous though. It is also important to note that the toxin is produced in the pufferfish’s organs due to the diet it eats in the wild. In captivity, if your freshwater pufferfish does not get this specific and varied diet, so the chances are that it is not able to produce tetrodotoxin at all.

However, it is safe to assume that almost all freshwater pufferfish are poisonous.

If you plan on keeping a freshwater pufferfish as a pet, it is very important to study it carefully. Determine the exact water parameters (pH, temperature, etc.)  your particular species needs. This is very important for your pet’s survival.

Here are some approximate water parameters for most freshwater pufferfish. 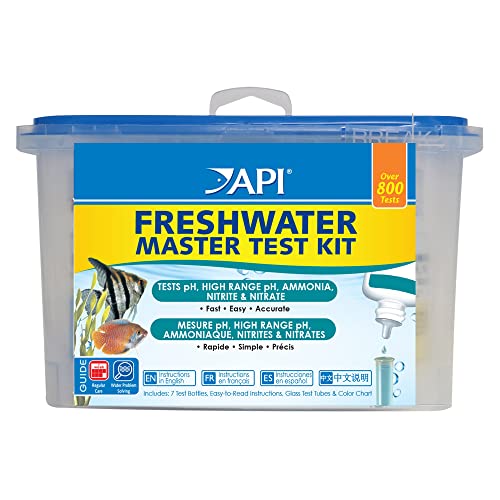 Freshwater puffer fish are definitely interesting and unique pets to keep. You will never need any other conversation starter when you invite people over – the chubby and cute-looking puffer fish is all they will talk about!

However, pufferfish are definitely not good starter pets. They need plenty of care and upkeep. They also have stringent needs as far as their environment and water quality are concerned.

Without these, your delicate puffer will not thrive. They are especially very sensitive to ammonia, nitrate, and nitrite levels. Even a slight increase in these parameters could stress them out.

However, once you learn exactly what your species of freshwater puffer fish needs, then keeping one can be a highly rewarding experience.

Moreover, they are not community fish and are known to bite or nip the fins of their tank mates. So, it may be best to house them alone.

If you plan on adopting a puffer fish, please make sure it is a species meant for captivity. And whether you adopt or buy your pufferfish from a local fish/pet shop, please learn all you can about the particular species. Research the species’ exact needs. Continuously monitor your pet and make water changes as recommended.

Do puffer fish live in freshwater or saltwater?

What kind of water does puffer fish live in?

Also, most species are found in shallow waters. You might also find them in brackish waters, fresh waters, or inshore and in estuaries. Some live in clear water while others thrive in muddy water.

How big do freshwater puffer fish get?

Most freshwater pufferfish grow between 1 to 24 inches in length but some like the Mbu grow over 60 cm or 23 inches!

What do freshwater puffer fish eat?

Invertebrates and hard-shelled foods like snails, shellfish, and crustaceans are some of the favorite foods for freshwater puffers. They need these hard foods to wear down their ever-growing teeth.

Many freshwater pufferfish like the Fahaka Pufferfish, Dwarf or Pea Pufferfish, and Red-Eyed Red Bellied Pufferfish are also kept by aquarium hobbyists as pets.

We hope this guide helps you learn a bit more about freshwater pufferfish.