Most people want a bright tank with a wide variety of fish in it.

This leads them to wonder “do puffer fish live in groups” and whether pufferfish are community fish that can peacefully cohabit with others of their own kind or different kind of fish.

In this guide, we answer the question: do puffer fish live in groups and what are the best tankmates for this fish species.

Do Puffer Fish Live in Groups?

Pufferfish usually do not live in groups. Sometimes, you might find young puffers living in groups or schools but as they grow older, they separate and move out on their own.

Pufferfish are not community fish since they are carnivores. They are also quite aggressive and territorial and tend to fight even with their own kind over territory.

Some varieties of Puffers have muscular and intimidating bodies. This helps them when they are chasing smaller prey. Add to this the fact that they have robust jaws and strong teeth which help them consume even hard-shelled prey with ease.

Also, most pufferfish varieties have sharp spikes on their backs and certain varieties of pufferfish also have a deadly toxin called tetrodotoxin in their organs.

Resultantly, they may end up eating or killing fish smaller than them. They are also notorious for biting or nipping the tails and fins of other fish such as bettas.

Due to all these reasons, pufferfish cannot live in community tanks.

What Fish Can Go in With Puffer Fish?

Aquarium hobbyists often want to house several species of fish with their puffer fish.  However, one must always ensure fish compatibility before doing so.

Fish with mild or gentle temperaments can easily live with other fish species. However, with an aggressive species like puffer fish, one needs to be careful.

For most pufferfish species, co-habitation with other fish or even their own kind can mean a death sentence for the tankmates. The aggressive puffers would surely attack and even kill their tank mates.

Of course, there are some mild-mannered and gentle puffers that could have tankmates. This Pufferfish are not aggressive and are even known to have fairly social and friendly natures.

Here are some varieties of pufferfish that could live with other fish:

Dwarf Pea Puffer – This is the most popular pufferfish kept as a pet thanks to its fairly gentle temperament – not to mention its attractive colors. It is known to easily cohabitate with neon and ember tetras, danios, cherry shrimp, and otocinclus catfish.

Amazon Puffers – These puffers get along with mollies, swordtails, dwarf cichlids, and larger tetras and rasboras.

Figure 8 Pufferfish – these brackish puffers do well with gobies (bumblebee and knight) and mollies.

How Many Puffer Fish Can You Keep Together?

The answer to the question ‘how many puffer fish can you keep together’ depends on various factors like the pufferfish species, their ages, as well as the size of the tank you have.

Let us consider each factor:

Most pufferfish varieties need plenty of space – more so than goldfish and other commonly kept aquarium fish. The general thumb rule is one inch of fully-grown/adult fish per net gallon of fish capacity. However, with territorial fish like pufferfish, you need to allocate even more space.

According to Kristin Claricoates, DVM – veterinarian at The Chicago Exotics Animal Hospital, the tank size for a small single Pufferfish should be 20-30 gallons. 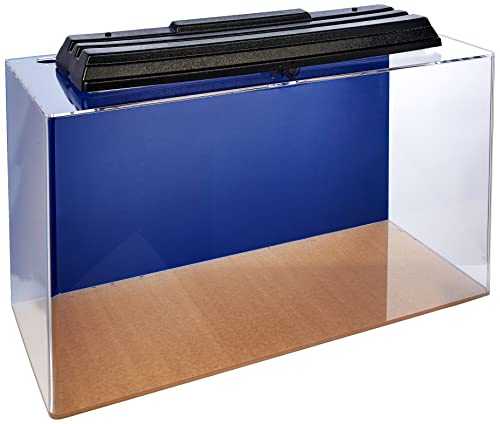 Your pufferfish species will dictate whether it needs to be housed alone or if it can live well others of its kind. Here are typical scenarios:

One pea or dwarf pufferfish is best by itself in a 5-gallon tank. If you do choose to add more, then the rule of thumb is to add 3 gallons of water per additional puffer.

Amazon puffers – these do well by themselves or you can keep them in groups of 6 or more in a tank size of 40 gallons or above.

Red-eye puffer – due to their aggressive nature it is best to keep this species alone.

Fahaka pufferfish – these do well on their own. They are large in size so they need a tank of at least 100 gallons.

Figure 8 puffers can be kept in groups of three.

Green spotted puffer (GSP) – owing to its aggressive nature, it is best to house the GSP alone.

Decorations in the tank

If you are planning to keep pufferfish with tetras, rasboras, cichlids, or danios, these fish need tall bushy plants to hide in. So factor in the tank decorations as well before adding the fish into the tank.

Juvenile pufferfish mostly love company and will love to live with large schools of their own kind. However, as they grow older, they may need more space and prefer being solitary. 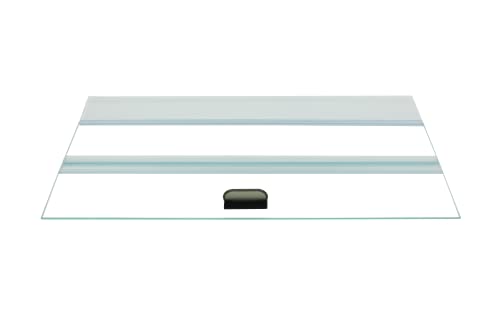 Pufferfish are solitary fish. Their territorial and aggressive natures indicate that they prefer being alone.

Often, pufferfish owners wonder if their pets are lonely. This is not the case. Pufferfish do not get lonely as they do not like living in large groups. These solitary beings do not need tankmates and prefer having their own territory.

Often, juvenile or younger Pufferfish may seemingly get along with other puffers. They may be peaceful while young but tend to become aggressive as they mature.

When it comes to keeping pufferfish, they should ideally be housed alone or in single-species tanks. Some varieties of puffers can be kept with other species.

Here are some tips to keep the tank peaceful when you have aggressive fish species like pufferfish:

Choose tankmates wisely – do your research about your existing pufferfish species before housing them together. Make sure all tank inhabitants have the same environmental needs. If you are housing puffers together, ensure they are of the same size. Choose a tank of appropriate size.

Observe for signs of aggression – if you see one fish chasing another, it is best to separate them. Also, watch out for things like split fins, scratches, missing scales, hiding, and other behavioral changes as well as signs of stress in fish. Prepare to move the fish to a separate tank if you see these signs.

Find out the root cause behind the aggression – All fish have basic needs like food, shelter, and space. Make sure you provide adequate resources per fish.

Consider the pufferfish’s age – ensure that your fish are young as juvenile pufferfish are more accommodating. If not, it may be best to house it alone.

If a puffer has a history of eating its tankmates, then it may be best to keep it alone.

Signs/Symptoms of Bullying and Fighting in Puffer Fish Group

Bullying and fighting among puffer fish can often be difficult to spot, as the signs and symptoms can be subtle. However, there are a few key indicators that you can look for. For instance, fish that are being bullied may try to avoid eye contact with the aggressor. They may also swim erratically or hide behind objects in the tank.

When puffer fish are feeling threatened, they will puff up their bodies in order to look larger and more intimidating. This is often a warning sign that they are about to engage in bullying or fighting behavior. If the warnings are ignored, the puffer fish may start chasing and nipping at other fish.

In addition, bullied fish may have Lesions or scars on their body, which is a sign of physical aggression. If you see any of these signs in your fish tank, it’s important to take action to stop the bullying and fighting.

In extreme cases, they may even kill and eat their rivals. Pufferfish are most likely to bully and fight when they are overcrowded or stop some of the others from eating. Consequently, it is important to be aware of these signs in order to avoid potential conflict.

Otherwise, the fish that are being targeted could become seriously injured or even killed. Some puffers declare territory as their own and will occasionally fight to the death to defend it. 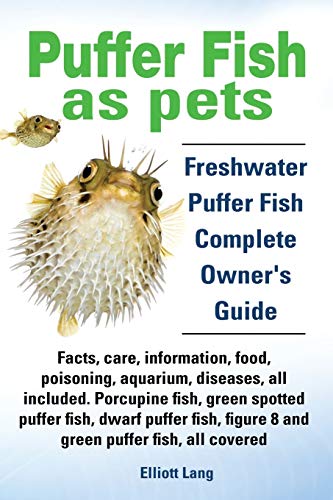 Puffer Fish as Pets. Freshwater Puffer Fish Facts, Care, Information, Food, Poisoning, Aquarium, Diseases, All Included. the Must Have Guide for All P
Buy on Amazon

Pros and Cons When Keeping Puffer Fish in Groups

There are several advantages and disadvantages of housing puffers alone and in groups:

Bottom-line – Most puffers are known to be happier and healthier when housed alone.

Where Do Puffer Fish Live?

Pufferfish are found in the Atlantic, Pacific, and Indian Oceans. Some live in coral reefs. Some swim into places where the freshwater meets the salt water of the sea. Most prefer clear water although some species are also found in cloudy or dirty water.

How Long Does A Puffer Fish Live?

Well-cared-for pufferfish can live for 8 to 10 years. In the wild too, most live for 10 years.

Can 2 Puffer Fish Live Together?

Some species of pufferfish like Dwarf and Golden Puffers can live in pairs. However, most puffers are best housed alone.

Can Freshwater Pufferfish Live in a Community Tank?

No. Pufferfish are not community fish. They mostly are solitary beings and prefer living alone.

Can a Pea Puffer live with a Betta?

Pea Puffers are territorial and aggressive. They might bite your Betta’s fins and it is best not to keep the two species in the same tank.

Young or juvenile puffer fish might live in groups but most adult or older puffers are not community fish.

Being aggressive and territorial, they prefer having the tank all to themselves. Some species like Dwarf Puffers may be housed in pairs or with other fast swimming fish or fish that are good at hiding.

We hope this guide helps you choose your puffer’s tankmates wisely.