Do you honestly know how snakes respond to lighting? Can snakes perceive colors? And if yes, what colors can a snake see? We will discuss more snakes’ color views and answer the questions: can snakes see red light?

The snake’s ability to see the light varies depending on the species. Nocturnal snakes have a different perception of light in comparison to those that hunt during the day.

A significant thing to note is that snakes may be dichromatic, having the ability to differentiate two colors. So, can snakes see red light? Read this article to learn more about the snake’s sight and more.

Snakes cannot entirely discern colors, but they have rods and cones. Which are light receptors in the eyes which enable a few snakes to see clear images.

Red light has the longest wavelength; thus, snakes will partially see red color, but it is not bright like the typical colors.

Some species of snakes that hunt in the daytime may be able to see, but the majority of snakes do not see clearly.

Snake’s eyes can only notice the shape of an object

The snake’s eyes can only notice the shape of an object, but getting the full detail about it is impossible.

Getting back to many years ago, snakes usually leave their habitats at night to go and look for food. They are exclusively burrowers inhabiting dark places, thus do not use their eyes much. The eye is a complex organ with photoreceptor cells, cones, and rods capable of perceiving light.

Rods and cones are present in the eye’s retina and have opsin protein reacting to light.  Rods detect dim light while cones are for bright light and color perception. In snakes, two different distinct cones can absorb the blue and green spectrum. Stimulation of these cones enhances color vision.

How complex is a snake’s eye will depend on the species because they all have different lifestyles. Snakes dwelling in underground habitats have smaller eyes capable of seeing the light and dark. In contrast, snakes living above ground perceive clear visions and can view see long distances.

Are Snakes Sensitive to UV Light?

Indeed, snakes associate well with UV light, which gives them the ability to see in low-light conditions.

Snakes have a lens in their eyes, just like humans. The glass is transparent and enhances light passage and refraction. Snakes that hunt during the day have a bonus, their lens has the UV filter built-in.

The UV filter is useful in filtering the UV light, thus making it possible for the snakes to see sharp images.

On the other hand, snakes hunting at night lack a UV filter. That condition brings about the ability to recognize and kill the prey when there is darkness. Some snakes have unique facial pit organs that allow them to perceive the longest wavelength, which is infrared light.

Ultra-violet lights narrow down to UVA, UVB, and UVC.

UVB and UVC are short wavelengths

Both UVB and UVC are short wavelengths, and they don’t reach the earth’s surface since the atmosphere partially blocks them. 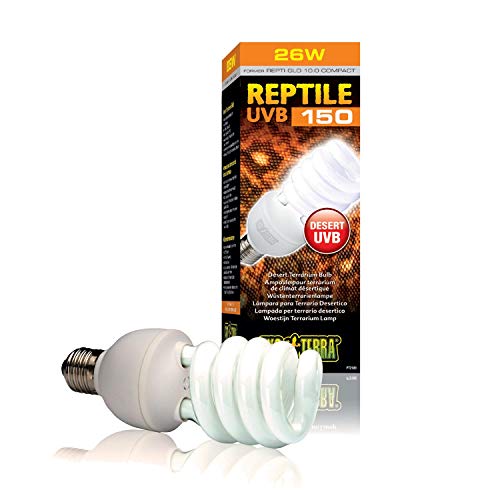 Such lights are dangerous and can be harmful to the snakes’ skin and eyes. When snakes bask in the sun, the body absorbs the sun’s warm infrared light.

Unlike humans and the majority of the other reptiles, snakes are outstanding because they can see the longer wavelength. The visible light UVA is important to snakes.

Are Red Bulbs Bad for Snakes?

Since we are talking about red bulbs, can snakes see the red light? Red light and infrared light are exclusively different.

Using red bulbs for pet snakes is still the right choice; it will not harm them. The red and blue lights are not bright and will not cause any issues. The snakes will behave normally.

However, do not provide constant light during the night but use them regularly during the day. Perhaps, night lights are not a must, and snakes are okay without lighting. 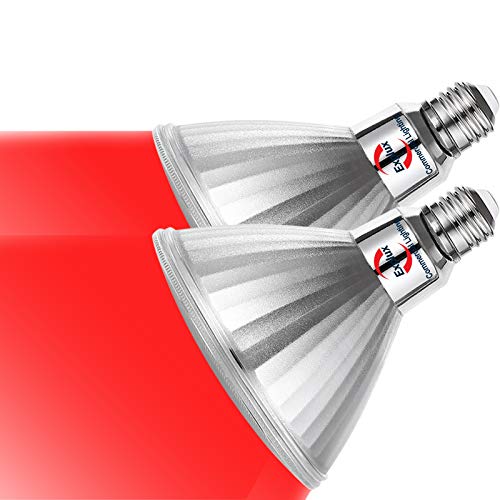 Infrared or moonlight bulbs have nearly the same functions because they emit low wattage lights, thus are potent bulbs. Bulbs with high wattage will disturb the snake and affect their behavioral activities.

How Do Snakes See their Prey?

Snakes may not have a clear sense of distinguishing the majority of colors, but apparently, they can detect food using various techniques.

One way of identifying the prey is through vision and movement detection from the potential victim.

Though the snakes have poor eyesight, they have a superior ability to detect prey.

For instance, some tree dweller snakes have horizontal pupils that permit them to see a broader range, and they have sharp eyesight.

Snakes have a powerful sense organ that is useful in detecting and identifying prey. Also, pet snakes identify their owner through smell, or develop their visual image with time. In some snakes like boas and python, the ability to see the infrared light allows them to see prey that is a bit far, approximately 1.5 meters.

The snake’s tongue is a vital organ, capable of collecting the tiny particles in the air during flicking.

The snakes frequently recognize and interpret the various chemicals which the potential prey emits.

Therefore, snakes can locate or trace their prey easily by applying this technique. Some snakes will significantly depend on their extra senses than their eyesight. The extra sensations are so exceptional that the snake does not necessarily need the appropriate vision to hunt.

Why do Snakes have Horizontal or Round pupils?

Snakes either have a round or slit pupil for specific reasons. Round pupils are an indication of a snake being non-venomous.

The majority of the non-poisonous snakes possess a circular pupil, but the situation may be different from that of other snakes.

Also, a horizontal pupil perhaps signifies that a snake is poisonous.

A horizontal pupil is also remarkable in lighting conditions. So, snakes with slit pupils adapt well to low light conditions.

That is true with the snakes that are active and hunt during the night. The slit grants them the ability to see clearly in the dark and track effectively. The slit shape allows more light to get into the eyes.

However, slits do not boost the ability of the snake to see many colors. Color perception is only possible in the presence of cones and rods.

Does the Color of the Snakes’ Eyes Determine the Color they Perceive?

Snakes have varying colors and patterns in the eyes, which can be blue and yellow, etc.

Sometimes the transformation of the color can happen due to several circumstances.

If I say that eye coloration affects what snakes perceive, I will be completely lying.

Possessing a specific pigment in the eyes does not influence the color a snake sees. Color can only serve as a factor to identify some species of snakes and nothing more than that.

Like in humans, the fact that snakes also possess cones gives them the ability to perceive some colors.

Well, can snakes see the red light? The answer is it depends. Snakes are dichromatic and will effectively see and process the green and blue colors.

The number of detectable colors depends on the number of cones. Color vision varies from species to species. Some snakes view better than others; some can see infrared while others have a fuzzy sight.