Have you been wondering “Can you touch a puffer fish?”. If yes, this guide answers this question in detail.

Pufferfish are considered one of the most dangerous and toxic fish species on the planet. But are they safe to touch? Or is their toxicity limited only to eating them?

Perhaps you desire to keep a pufferfish as a pet in your home aquarium and want to know how to handle it safely.

In any case, we have all the answers for you.

Can You Touch a Puffer Fish?

Tetrodotoxin is extremely toxic – nearly 1200 times more toxic than cyanide. If consumed, it could cause symptoms like breathlessness, paralysis, and, in severe cases, death in humans.

These symptoms could occur within minutes after consuming the toxin. A single pufferfish is even known to contain enough tetrodotoxin to wipe out 30 human beings.

Due to these reasons, experts believe that Pufferfish are the most toxic vertebrates on this planet; deadlier even than Poison Dart frogs and Asian Tiger Snakes. Therefore, if you want to touch a puffer fish, please use thick gloves to protect your hands.

How Do Puffer Fish Poison?

As explained earlier, puffers carry the deadly tetrodotoxin on their skin and internal organs. Most varieties of puffers also have spikes on their backs which could carry the tetrodotoxin.

Touching a puffer fish with one’s bare hands could cause the toxin to accumulate in the skin where it goes on to target the nervous system.

This could result in breathing difficulties, vomiting, and paralysis. Without medical help, death is known to occur within 6 hours. Unfortunately, there is no known antidote for the toxin.

It is worthwhile repeating the fact that you must not take tetrodotoxin lightly since it is almost 1200 times more potent than cyanide.

Will You Die If You Touch a Puffer Fish?

The answer to this question depends on how much of the toxin you were exposed to when you accidentally (or deliberately) touched the pufferfish.

Dangerous for the fish

Symptoms of Poisoning When Touching a Puffer Fish

There are no signs that can tell us whether a pufferfish is toxic or not. Therefore, it is best to assume that all puffers are toxic in order to prevent getting poisoned.

Early signs and symptoms of pufferfish poisoning are vomiting, dizziness, numbness, breathing difficulty, and in severe cases, paralysis. These may occur within minutes of consuming the fish’s poisonous parts. Death is known to occur within 6 hours.

There is no known antidote for pufferfish toxin. If you or anyone you know has developed the above symptoms, it is important to seek emergency medical help. People have been kept alive on a ventilator until the toxin is expelled out of the body.

Well-informed people understand the risk of puffer (fugu) toxicity but they still want to try out the delicacy since they know of its intoxicating and slightly tingling or numbing effects.

If you plan on eating puffer, it is best to go to specialized restaurants that have trained fugu chefs who can prepare the fish for you after removing its toxic parts.

Which Puffer Fish Are not Poisonous?

Certain varieties of puffers such as the Northern Puffer (Sphoeroides maculatus ) found along the coast of the North Atlantic are not poisonous.

However, it is worth noting that its viscera could still be poisonous while its fleshy meat is not. In fact, the tender meat of Northern Puffer is considered a delicacy in North America and is even labeled as ‘the chicken of the sea’.

Other than the Northern Puffer, most varieties of Puffers are poisonous.

These days, Japanese and Chinese fisheries are farming special non-toxic ‘fugu’ fish by controlling the fish’s diet. These are used in preparing fugu delicacies.

Can You Touch a Dead Puffer Fish?

Dead puffer fish could still carry traces of tetrodotoxin (TTX) on their bodies. Remember, even 2 to 3 mg of TTX could be fatal to humans.

This is the reason why even experienced Japanese fishermen refrain from touching dead puffers. If you must, please wear thick gloves before handling the dead fish. 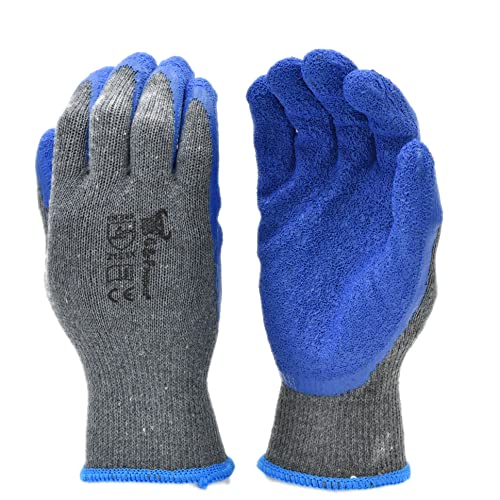 Personal Thoughts: Can You Touch a Puffer Fish?

There is no documented evidence that touching a pufferfish can kill you and there are people who have held it safely without any issues. (In most cases, they have held the fish by its tail and been careful not to touch its spikes.)

It is important not to touch the puffer’s spikes directly with bare hands. Always protect yourself with gloves if you’re ever faced with the situation of handling one.

Remember, a scared puffer will puff up by swallowing huge amounts of air or water and that action tends to put immense stress on its system. So, it is recommended not to touch a puffer at all, both for your safety as well as the safety of the fish.

If the Pufferfish in Florida is Northern Puffer, then it could be safe to touch. However, it is best not to, both for your safety as well as the safety of the fish.

Can you touch puffer fish in Florida?

If the Pufferfish in Florida is Northern Puffer, then it could be safe to touch. However, it is best not to, both for your safety as well as the safety of the fish.

Can you eat puffer fish?

Yes, you can eat a carefully prepared Pufferfish. Make sure you only eat it at restaurants that are known to have trained chefs who know how to clean the fish properly and remove its toxic parts, before serving it.

Are porcupine pufferfish poisonous to touch?

Yes, like all varieties of Puffers, porcupine puffers are toxic to touch as their spines contain tetrodotoxin. They also blow up when touched and could try to bite you.

Conclusion – Can You Touch a Puffer Fish?

It is best not to touch a pufferfish – especially with your bare hands. This is due to the presence of the deadly tetrodotoxin on its skin and spikes.

We hope this guide helps you stay safe when handling pufferfish.