Did you know that axolotls have the ability to repair/regenerate body parts? Many pro owners today didn’t know about this when they first had their axolotls.

No matter how well you think you have researched about these unique aquatic salamanders, there are some facts about them you’ll only discover months into having them – they are that fascinating.

Axolotls are unique types of salamanders with a special body system that enables them to adapt in various ways that other amphibians can’t.

While amphibians generally do metamorphose from living in water and breathing with gills to living on land and breathing with lungs, axolotls seem to live against that rule by maintaining their larval form even after they mature.

This means that they stay aquatic all through their lives and are never seen living on land.

Are you finding this article interesting already? Grab a cup of coffee and read on till the end. This article promises to walk you through all the fascinating facts about axolotls.

Axolotls are sociable, interactive aquatic pets that will provide you with years of delight if properly cared for. But did you know that there are some interesting facts about them that you didn’t know?

Axolots are not fish although by nature of habitation and physical appearance they look like one.

They are only a group of amphibians that belong to the salamander family. They are a special type of salamander native only to Mexico.

They have gills, which allow them to breathe underwater. But they also have lungs to be able to breathe air which most fish do not have.

In addition, Amphibians have 3 heart chambers: 2 atria and 1 ventricle while The heart of the fish has two chambers namely: Atrium. Ventricle.

Axolotls are strictly carnivorous and by this, it means that they feed primarily on other animals.

Any animal that is slightly smaller than an axolotl’s head where they can swallow whole is a potential food for them.

These include worms, daphnia, shrimps, small fish, and even other salamanders (including axolotls).

Many owners, especially newbies often worry over what to feed to their axolotl – they eat pretty much different things at different stages of their life.

In captivity, axolotls are often fed bloodworms, daphnia, and brine shrimp in the early part of their lives.

As they grow to maturity, they are fed earthworms, dendrobaena worms, blackworms, mealworms, and many others.

Axolotl Feeds By Using Suction Instead of Chewing

Isn’t it interesting to know that axolotls have teeth but they don’t chew their food? This type of feeding behavior also explains why they eat certain foods only when they are babies.

Axolotls have teeth in both their upper and lower jaws, and these teeth are only used to grab food.

They don’t chew with their teeth at all, and they certainly don’t use them to defend themselves. Once they get a good grab of the food with their teeth, they swallow it whole.

For this reason, they tend to eat small-sized food that can fit into their mouth with ease. Worms that are larger or with tougher endoskeleton are likely to choke them or cause digestion problems.

They Exist in Only One Place in The Wild

There are many exotic animals that are region-specific, axolotls are one of them. Axolotls are native to and can only be found naturally in the lakes and waterways of Mexico city.

But they are seriously endangered in the wild. A couple of them you see around are captive bred.

They Have Regenerate Abilities

One fascinating feature about axolotls that will make you want to have them is their ability to regenerate body parts if ever injured.

Yes, for a fact, axolotls can regrow their limbs, tail, part of the brain and heart.

Before their ability to regenerate stops completely, axolotls can regrow the same limb up to 5 times without scarring.

Neotenic is a term used to mean the slowdown or delay in the physiological or somatic development of an organism, usually an animal. It is also called juvenilization.

When we say that axolotls are neotenic in nature, it means that they stay juveniles or baby-like even as adults.

In a nutshell, axolotls do not metamorphose. Axolotls are neotenic because of their environments.

Like the habitat of most neotenic animals, axolotls inhabit a high-altitude body of water surrounded by a potentially hazardous terrestrial environment, which tends to foster neoteny.

Since axolotls are neotenic, that is they do not undergo metamorphosis, they live underwater (in the water) all through their lives.

It is therefore different with axolotls since they inhabit a different kind of environment in the wild.

Being that they inhibit glacial lakes in Mexico, these lakes lack iodine or have very little presence of iodine in it.

That means that axolotls can’t morph in this kind of environment because the presence of iodine is needed in the formation of thyroxin which will help them to use their lungs on land.

Females Axolotls Can Lay Up to a Thousand Eggs

If you love adventure or you want a small lucrative business to start, you should perhaps think about raising axolotl eggs.

You’ll have more than enough to start with. Female axolotls lay several eggs in a single spawn, usually numbering up to 100 and 1500 eggs.

【Made in japan】Large grain Bait for axolotl 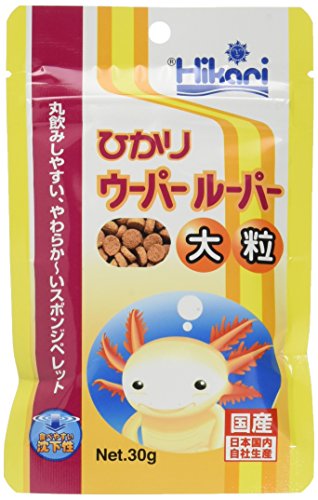 Axolotls Pregnant for Only 3 Days

Female axolotls usually start laying eggs 12 – 20 hours after mating. She will rarely wait more than a few days to begin.

Once she’s ready, she’ll lay all the eggs between one to two days. If the female spawns in a container with rocks or plants, the eggs will be scattered on them.

In a nutshell, it takes a female axolotl only 3 days to mate, fertilize, become pregnant and lay eggs.

Axolotls Are Illegal To Own In Some Places

It is illegal to own axolotls as pets in some parts of the world such as California, Maine, New Jersey, D.C, and some provinces in Canada.

In some other places such as New Mexico and Hawaii, you only need a permit to own one as a pet.

This law is in a bit to protect axolotls from going extinct as it is a thing of concern since they are critically endangered in the wild.

It is illegal to own axolotls in some places since there is a risk of them escaping captivity and interbreeding with native salamanders.

Wild axolotls are critically endangered owing to the activities of man. In Mexico and Japan, axolotls are hunted and eaten as food.

In most recent times, many pet enthusiasts desire axolotls to confine in homes as pets, thereby reducing their total population in the wild.

Axolotls Are Popular In Captivity

Over 100 years now, axolotls have fascinated the public and had become one of the most popular pets in the world.

According to a report by VOX, there are roughly 1 million axolotls in captivity – more than they ever were in the wild.

The reasons they are increasingly popular as pets are that they are easy to breed and care for.

They require minimal space compared to other types of exotic animals. To own one, you can easily find them at pet stores.

Also, wild axolotls are scarce, of course, so breeding is necessary and the breeding process isn’t tedious.

Also read: How Much Does Axolotl Cost? 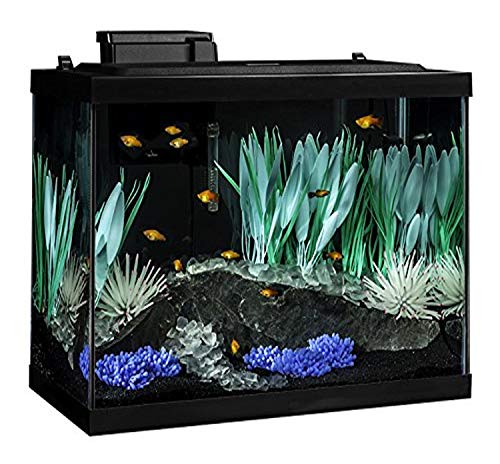 The list of interesting facts about axolotls is endless because of a fact, these animals are unique.

While they remain a special type of salamander with qualities not common in other types of salamanders, it remained our responsibility to protect them from going extinct.

Therefore, before you go ahead to get one as a pet, research about its care and requirement and also if it is legal for you to own one in your state.